Things to do on Ile de Ré

Ile de Ré, an island off the west coast of France, is a haven for cyclists. Here are some things to do while exploring Ile de Ré by bike. 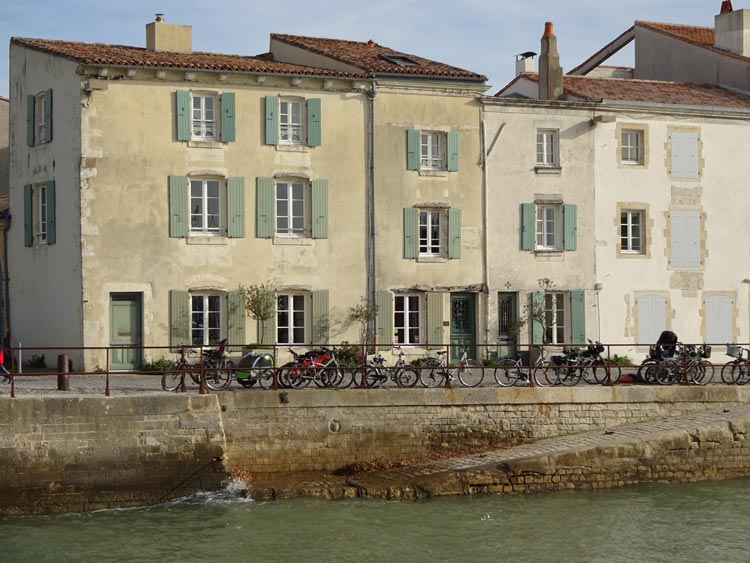 See here for our introduction to Ile de Ré

Obviously this is top of our list, being a cycling website and all. Ile de Ré is a small and compact island and perfect for exploring by bike. Its network of cycling paths means you can be carfree throughout your entire stay. All key tourist attractions are accessible by bike, and offer plenty of safe bike parking (usually alongside a few dozen other bikes). See our page of bike routes on the island and our full cycling overview here.

Oyster shacks are scattered all along the coast and right on the bike paths. RéOstréa is just a few kilometres from Saint-Martin-de-Re (pictured above) as the signposted bike route heads towards the lighthouse. If you set out early enough you can see the oysters (below) being brought in and cleaned for sale either at the shack itself or to local restaurants. There are oysters by the half-dozen for sale here, as well as wine and coffee (and excellent sea views thrown in for free). 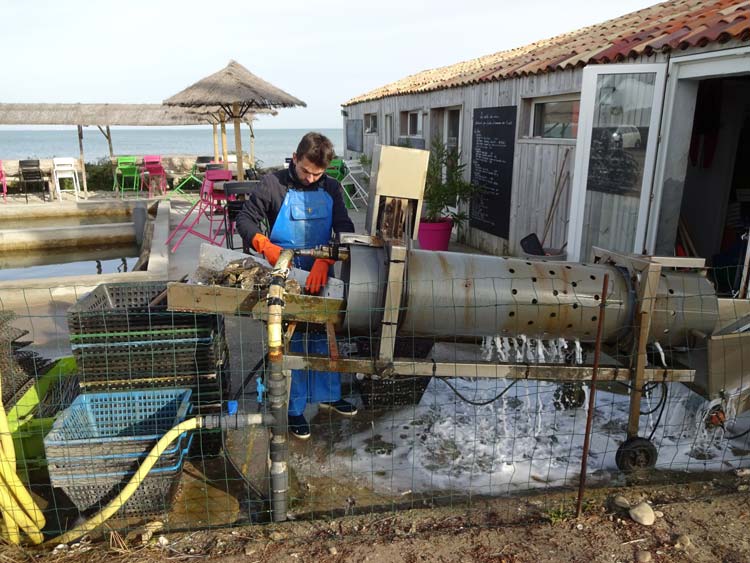 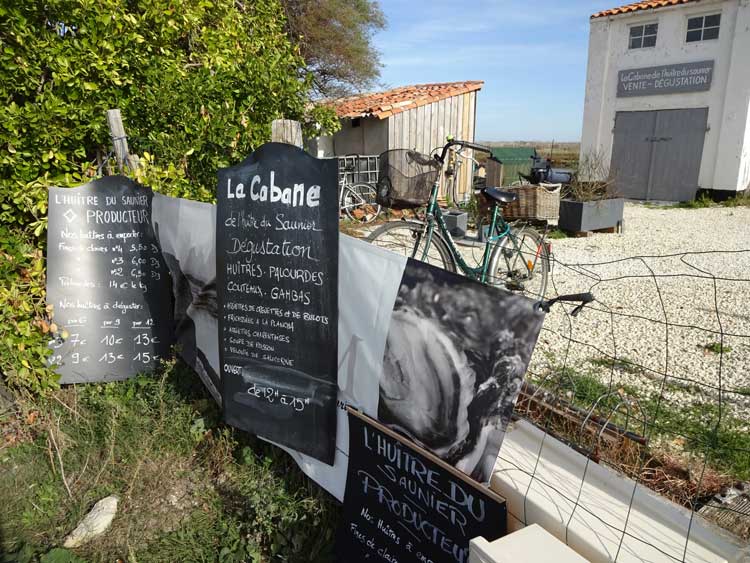 La Cabane de l’Huître du Saunier (above) is another popular option – you can't miss it as you ride the signposted route to Loix.

Off the bike you'll find oysters on most menus throughout the island; in Saint-Martin-de-Re try Le Tout du Cru, a place in the cinema courtyard that sells oysters almost exclusively (eat in or take away).

The Phare des Baleines is at the north-west tip of the island and on its own dedicated bike route (around 21km from the main town of Saint-Martin-de-Re). Once you get past the turnoff to Loix, all signs lead to the lighthouse. You can climb the 257 steps for spectacular views from the top. There's also an excellent museum (French only) with a fascinating history of the Baleines lighthouse and other lighthouses around the French coast. The lighthouse is set on two hectares of parks and gardens that neighbour a tourist precinct with souvenir stores, restaurants and ice-cream stands. 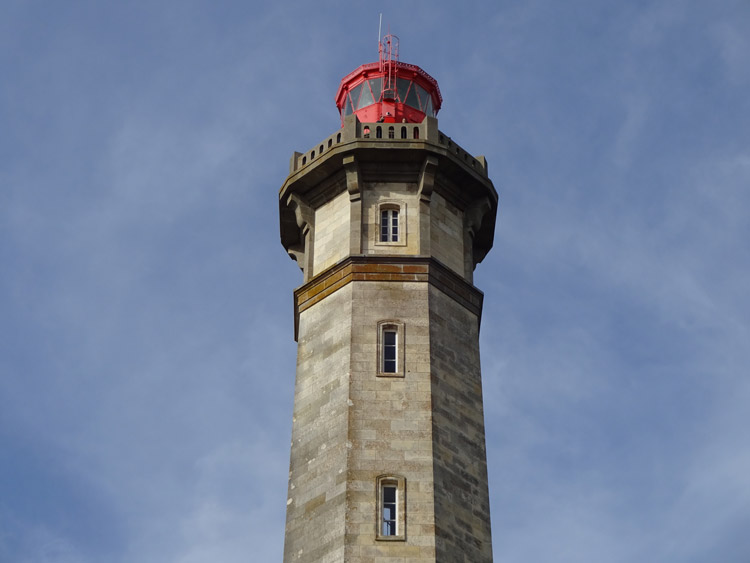 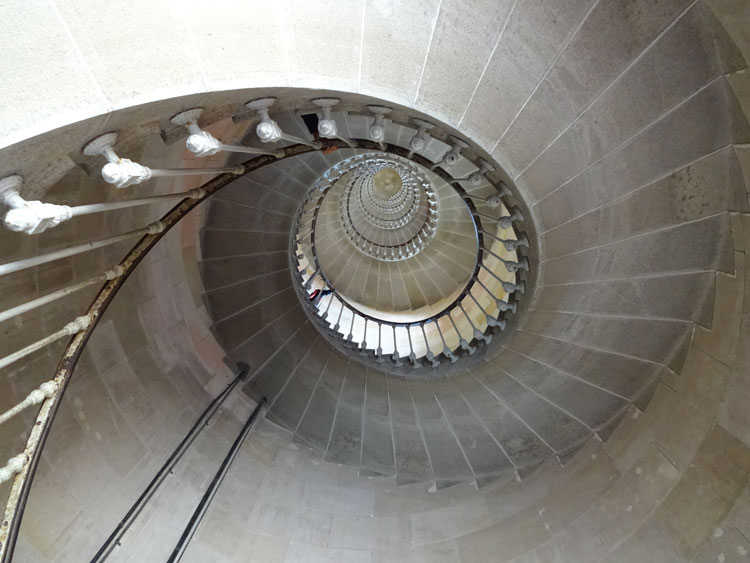 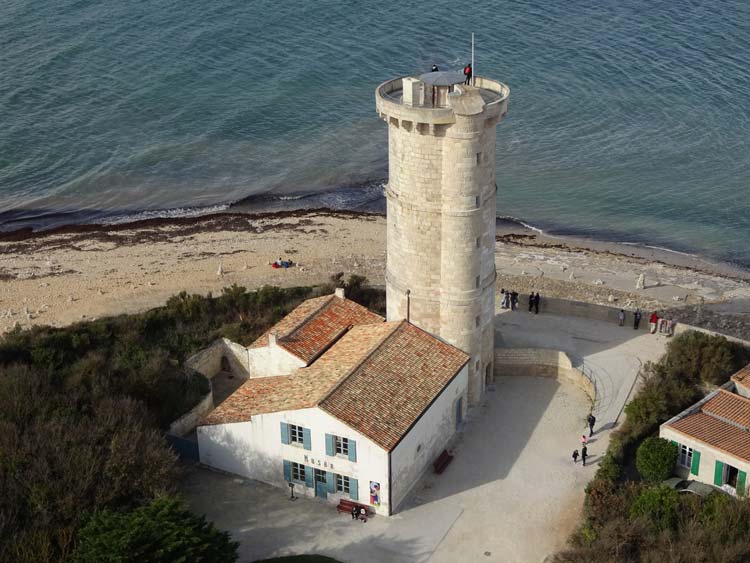 Walk into any supermarket in France and checkout the salt shelves and you'll likely see Ile de Ré written large on packets and grinders one after the other. There are 460 hectares of salt marches on Ile de Ré, most of them harvested in the traditional island way by hand between June and September. In total, around 2500 tons of salt are harvested on Ile de Ré each year.

You can visit the local salt cooperative near Are-en-Re to find out more about the process of salt harvesting on Ile de Re (you can also buy salt products there). En route to the lighthouse we came across this 'honesty table' with a range of salts being sold direct to the public by a local producer. 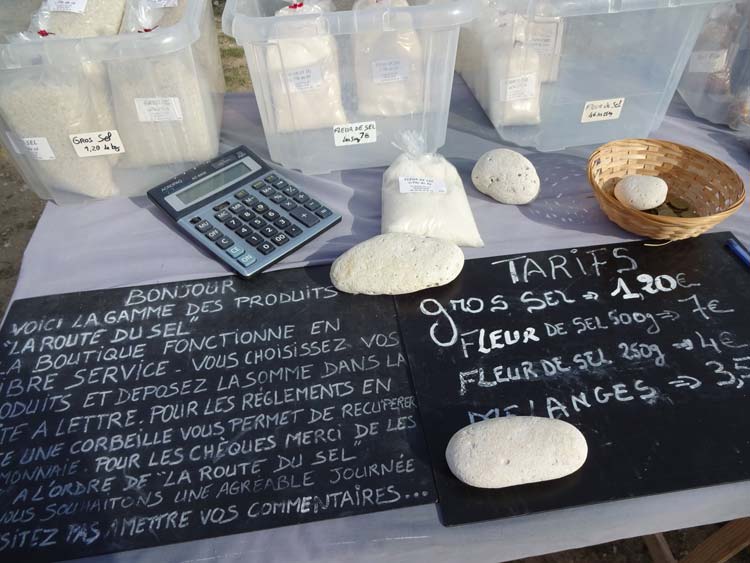 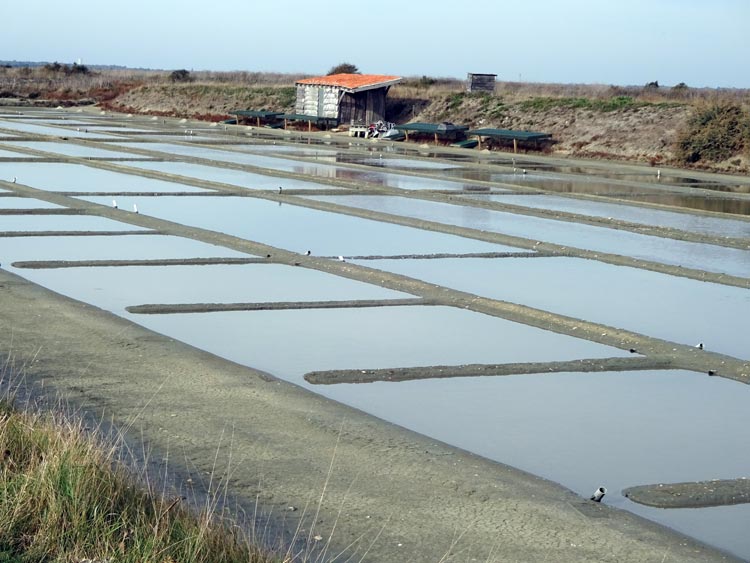 Take to the water

Boat trips are available from Saint Martin and Rivedoux harbours if you're keen to get out on the water. The windy offshore conditions also make the island a popular place for watersports like surfing, windsurfing and kitesurfing. Head to Bois Plage, Rivedoux, Pointe du Groin at Loix, and at Gros Jonc at Les Portes en Ré to get started. Kayaking is also possible across the marshlands at Loix. 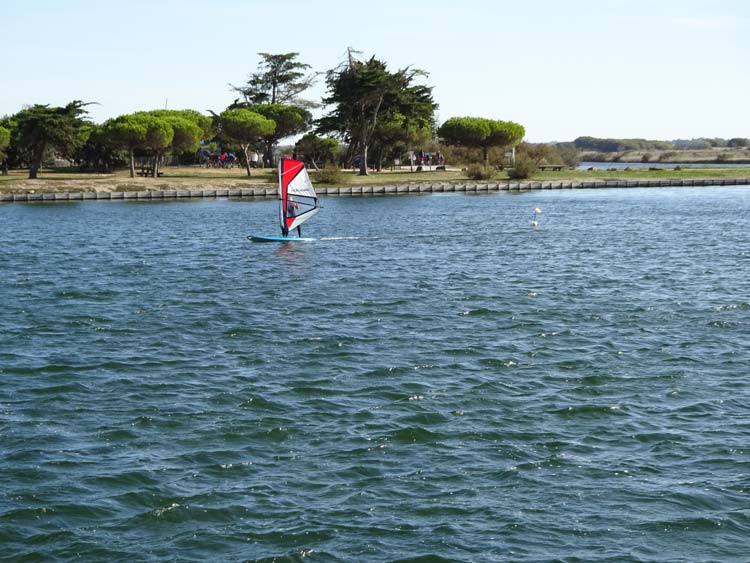 The marshlands are a haven for birds. The Lilleau des Niges is a reserve created back in 1980 to provide a refuge for more than 300 species of birds. The Ligue de Protection des Oiseaux (League for the Protection of Birds) works here to identify and record birds. With winter on the island quite mild, visitors here number as many as 40,000 – brants, Eurasian curlews, belted king shers and oystercatchers among them. Look out for shelducks, black-winged stilts, pied avocets and even the rare bluethroats. Ospreys, egrets and ibises can also be spotted at the end of summer. You can also visit the Maison du Fier in Les Portes-en-Ré to find out more about the local flora and fauna, and for local birdwatching books and maps. 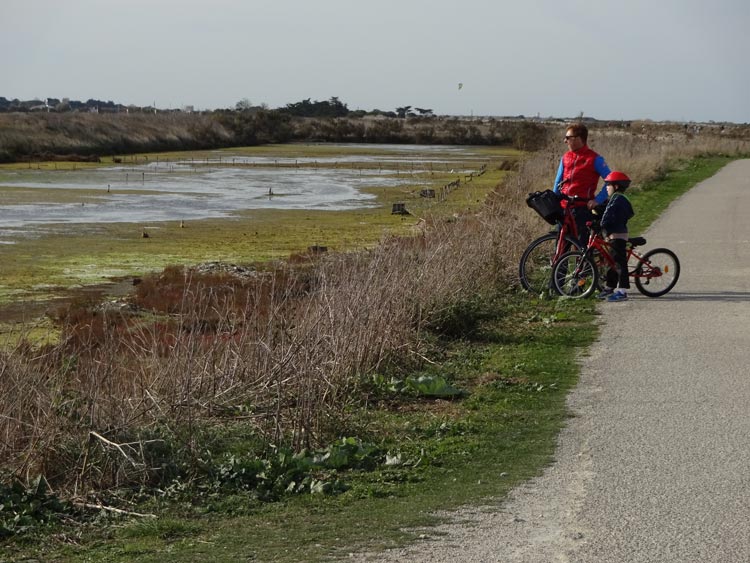 The area around Loix is a wonderful place to be if you're interested in local produce. Miellerie L’Abeille de Ré is the place to go to find out about honey producing on the island and to buy the delicious 'miel' that's found on the breakfast bars of hotels across the island.

Savonnerie Loix & Savons, meanwhile, makes an amazing range of artisanal soaps from donkey milk farmed on the island. For goats, head to Fromagerie Chèvrerie Lefort, a goat farm owned by Catherine and Richard Lefort. It's famous locally for its goats' milk and cheeses. You can visit the farm every day 10am-1pm and 5.30pm-7.30pm. Goat milking also takes place daily from 5.30pm to 6.30pm February to September, and also in the mornings at 6.30am during October – great if you have kids. 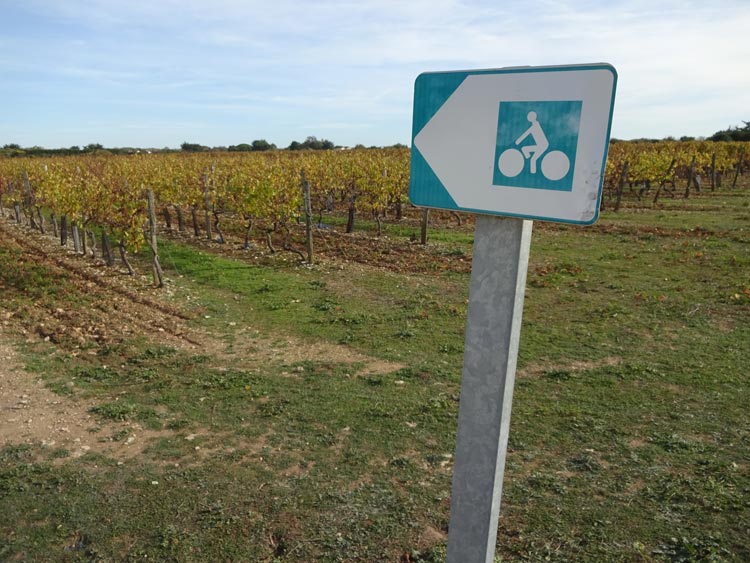 Get lost among the vines

One of the most unexpected sights for me on Ile de Ré were the vineyards. Row after row of vines thriving across the island. As with much of the Charente-Maritime department, Ile de Ré produces a tipple called pineau, a beautiful fortified wine usually served as an aperitif. Domaine Fradon is just one local producer (also a regular at the Loix market every July and August). The local wine cooperative is based at Le Bois Plage en Ré. 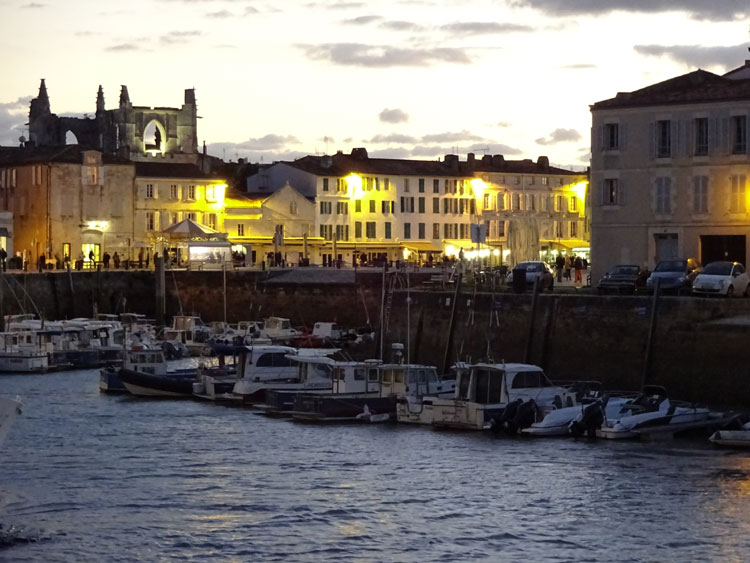 For a small island there are quite a few independent villages with different flavours shaped by their location; all can easily be reached via the cycling network.

Saint-Martin-de-Ré (pictured above) is the capital of the island – it's a charming harbour town full of bustling shops and eateries (don't miss the waffle, or 'gauffe', shop!) Saint-Martin-de-Ré is surrounded by fortifications built between 1681 and 1691 by Marshal Vauban, a famed military engineer who worked under Louis XIV. His typically star-shaped defences around Saint-Martin-de-Ré were assigned UNESCO World Heritage protection in 2008. You can also climb the town's clock tower for a great view of the village and harbour (you can see out to the neighbouring islands of Aix and Oleron on a clear day). We also took on the mini-golf course with the kids – it's a pretty good 18-hole course in the town centre.

La Flotte is one of the oldest villages on the island and also has a small harbour with small bistros and a colourful local market. It's definitely worth a visit.

En route to Phare des Baleines you can spot the village of Ars-en-Ré from quite a distance thanks to its distinctive black-and-white church spire, a landmark for sailors that comes in handy when you're on a bike too. Ars-en-Ré has plenty of back streets that are home to artists and its market is one of the most visited on the island. There's also small inlet-come-harbour for boats near the cycle path – it's a great place to stop for refreshments if you're on the way to or from the lighthouse. 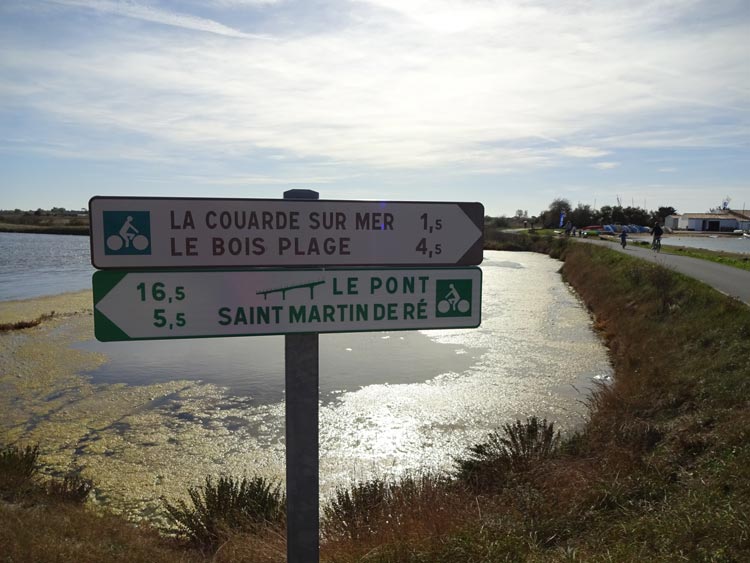 Le Bois-Plage-en-Ré is a seaside village surrounded by forest, sand dunes and the sea. With a resort feel, it makes a good family friendly destination with lots of water activities and the chance to sunbathe on a stretch of its 6-kilometre-long beach.

Loix is almost like another island and you cycle across a kind of breakwater through the salt marshes to get there. It's a lovely ride that culminates in a small village square with a popular boulangerie and a couple of restaurants.

Les-Portes-en-Ré lies right at the northern tip of the island with two fine sand beaches, Patache and the Banc de Bucheron. The latter is on the Fier d’Ars bay side, while you can also find the famous Trousse-Chemise woodlands on the Atlantic side.

Where to find out more

The Ile de Ré tourist board produces a great pocket guide to the island which includes contacts for many of the above, along with lots of other ideas for things to do on the island.

The local tourist board website has lots of advice and information for visiting the Ile de Ré. See also the Charente-Maritime tourism website for information on things to do on the other side of the bridge.