One of the benefits of cycling in Brittany – especially for Brits – is its access to ferry ports in the north of France. This is a nice 330km round trip from Roscoff that uses backroads and can be cycled at your own pace.

This is a frequently hilly ride on (mostly) quieter country roads and dedicated bike paths. The eastern section, though, is mainly on flatter cycle paths, with an old railway line taking you all the way from Morlaix to Scaer. The Morlaix to Roscoff section shadows the Tour de Manche route, which partly duplicates the Velodyssey route as the latter heads down to Carhaix. 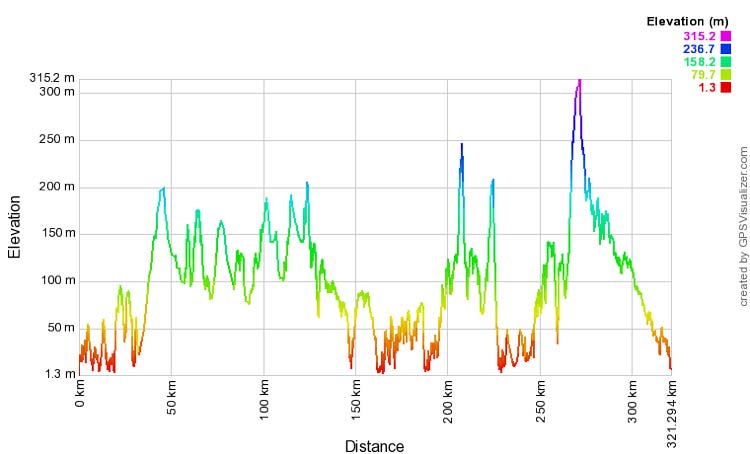 This circular route features the pretty towns of Pont Aven and Locronan, plus there's a lovely stretch along the Aulne River from Chateaulin. There's also a lovely detour to the lakeside village of Huelgoat.

The route can be shortened significantly by taking a short cut just south of Carhaix-Plouguer, where you can head west towards Pleyben via the Nantes-Brest canal. Follow the canal until Pont Coblant (after it becomes the River Aulne) before rejoining the main route at Pleyben.

See our overview of cycling in Brittany for lots more route ideas. We also have this overview of greenway routes or voies vertes in Brittany, and this super map of all the cycle paths in the region. For organised self-guided holidays in Brittany, see here.