Gerry Patterson has this guide to cycling in Narbonne in the Languedoc-Roussillon region in the south of France. 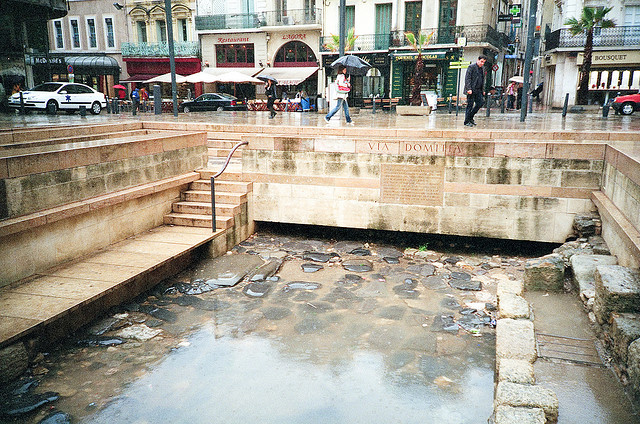 The remains of the Via Domitia Roman road in Narbonne's main square. Photo: Aslak Raanes

Narbonne was an important city during the Roman era since it was at the crossroads of two major roads, the Via Domitia and the Via Aquitania. It was also an important port. Not much remains from this time, but you can see a large portion of the Via Domitia right in the middle of the main square. In that same square are the other sites of Narbonne – the Archbishop’s Palace and the gothic Cathedral (one of the tallest in France). The Canal de la Robine, a waterway that connects to the Canal du Midi, runs through the centre of town. Today, Narbonne is a small, pleasant city that would be a great base from which to explore Cathar castles, or cycle on the Canal du Midi. 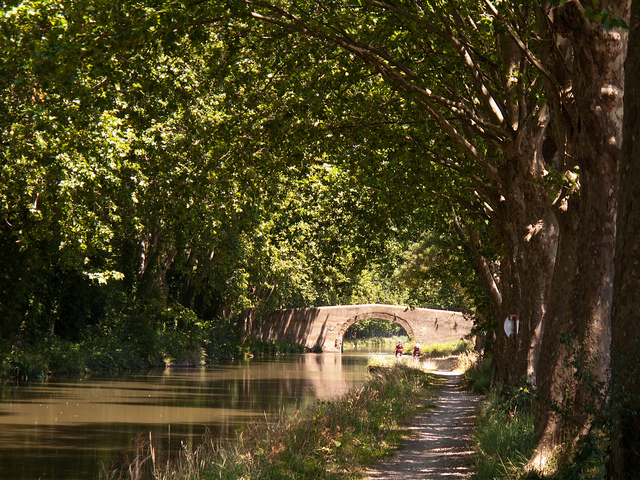 In town there are some cycling lanes along the main arteries, and a few that are shared bike/bus lanes, but really not much else. Walking is probably a much more enjoyable way to see the city.

From the centre of town though, there are two long, excellent bike paths:

Veloroute la Littorale (29km): From the Parking du theater in Narbonne to Saint-Pierre-la-Mer, along canals and an etang (saltwater lakes) to the beach.

There are a few bike shops in Narbonne. Veloland (in French), a large chain of shops, has a good selection of gear and bikes. They are located a bit out of the centre, in an industrial zone. For bicycle  hire in Narbonne, see our rental istings page.

Accommodation in Narbonne and Languedoc

Check here for links to accommodation in France, including hotels, gîtes, gîtes d’étapes, B&Bs, self-catered and campsite options, or zoom in to our map below with lots of bike-friendly options across Languedoc-Roussillon.

For more information, head to the tourist office, or see the Lonely Planet guide to Languedoc-Roussillon.

Gerry Patterson lives in Nîmes with his wife, Shoko. When not updating his cycling blog and adding additional routes to his cycling website, he can be seen – you guessed it – cycling around Languedoc-Roussillon, searching out new and interesting rides.