10 top tips for watching the Tour de France in Paris

Plan on watching the Tour de France in Paris? Here are 10 things to help you plan your big day. 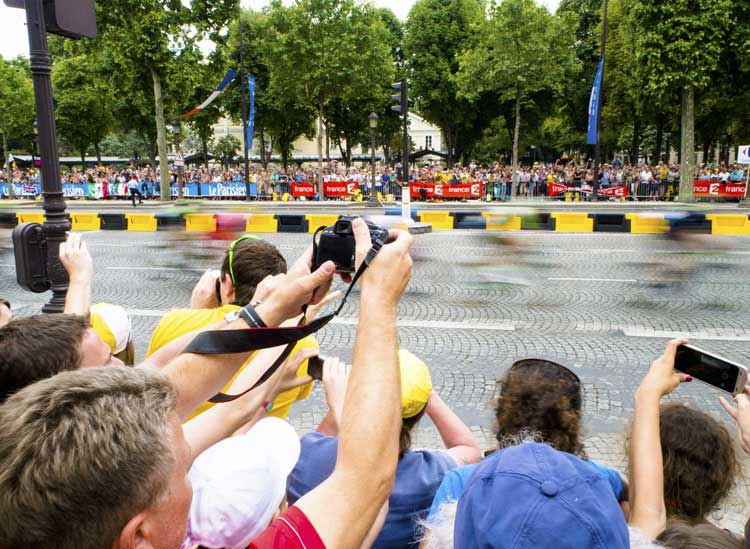 The only show in town. Photo: Jonathan Petit

I get lots of enquiries about watching the Tour de France (see here for THIS general advice). However the experience in the mountains or in the countryside (or even in larger towns and cities) is hugely different to the vibe in Paris as the peloton arrives in the French capital to crown the yellow jersey.

The last stage of the Tour de France might take a different route into Paris every year but it ALWAYS finishes with laps of the Champs-Élysées, so out of all the stages of the Tour de France, the final one into Paris is in many ways the easiest to plan because you always know where it's going to end (and you've got all year to plan it – you don't actually need to wait for the final route announcement).

It's been this way since 1975 – the first time the Tour ended on the Champs-Élysées, and the start of one of the finest sporting traditions in the world. Between 1968 amd 1974, the Tour finished at the Vélodrome de Vincennes (also known as Vélodrome Jacques Anquetil - La Cipale) to the south-east of the city. Before that, from 1904 and 1967, it ended at Parc des Princes – originally part-owned by Tour de France founder Henri Desgrange (the velodrome is long gone and has been replaced with a football stadium, which is now home to La Ligue 1 side Paris Saint-Germain). The first-ever Tour de France, in 1903, ended for the first and only time at Ville-d'Avray, in the west of Paris.

Enough with the history! My friend and fellow cyclist Jacqui Brown has this excellent first-hand account of watching the Tour de France in Paris.

She's also sent me the following tips to help make your planning easier.

1. Book a hotel early (like now) and with a bit of research you could be surprised at how reasonable the prices are, but you need to book early and be aware that rooms will get more expensive as race day gets closer. If money is no object, book a room with a balcony overlooking the Jardin des Tuileries at a hotel on Rue de Rivoli where you will have one of the best views, or check out the Radisson Arc de Triomphe. See here for bike-friendly options in Paris if you're travelling with your bike.

2. Find your space early. This will ensure you are on the route and in a good position so you don't miss anything. This is especially important if you are short. Don't forget to check the Tour de France schedule to see what time the Tour de France caravan comes through. 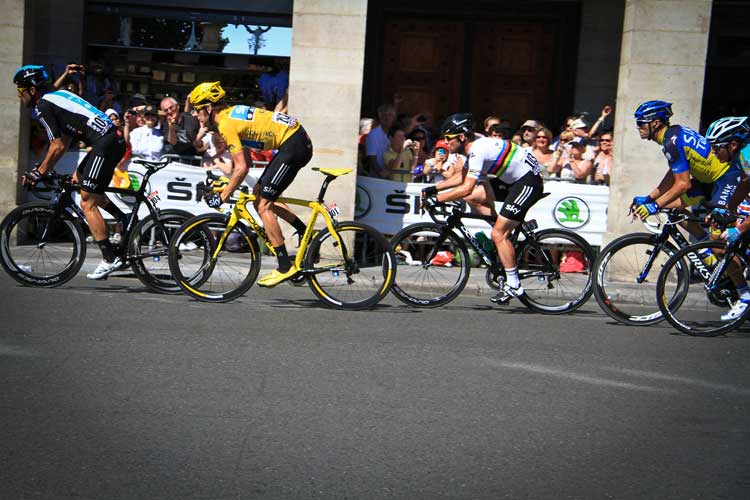 Bradley Wiggins gets set to lead Mark Cavendish on to the Champs-Élysées during the 2012 Tour de France. Cavendish went on to win the sprint finish. Photo: Nizam Uddin

3. Ideally find a place on the circuit that goes around the Jardin des Tuileries, then up and down the Avenue des Champs-Élysées – this means the riders will pass by 8 times.

4. Don't worry about being on the Avenue des Champs-Élysées – it's more crowded and although the cyclists do pass up and then down again, the road is wide and in places the barriers are quite a distance from the edge of the road. 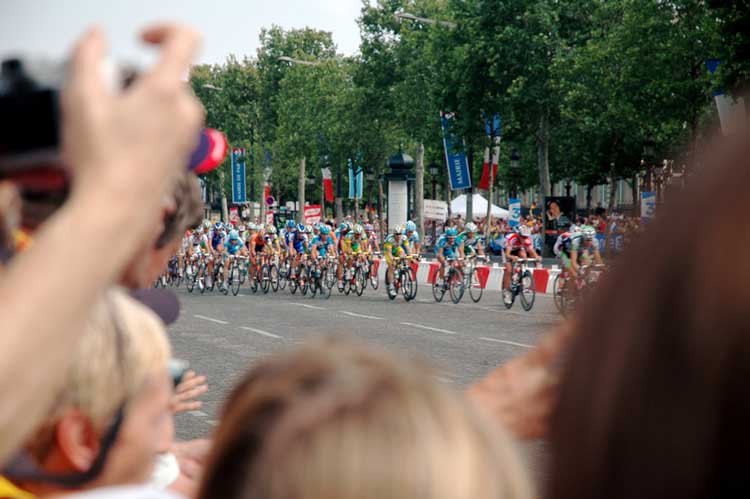 Click! The crowds along the Champs-Élysées. Photo: Travis Crawford

5. If you don’t want the crowds, then aim for the Jardin des Tuileries and find a place on Rue de Rivoli. There are far fewer people there than on the opposite side of the road. You need to exit the Metro at Palais Royal-Musée du Louvre.

6. From quite early on, some Metro stations will be closed. We wanted to exit at Concorde for Place de la Concorde, but had left it too late. Again, plan ahead to arrive early if you're arriving by Metro, or try and stay within walking distance of the route (or hire a Vélib’ bike – here are 5 great bike rides in Paris if you have time before or after the Tour). 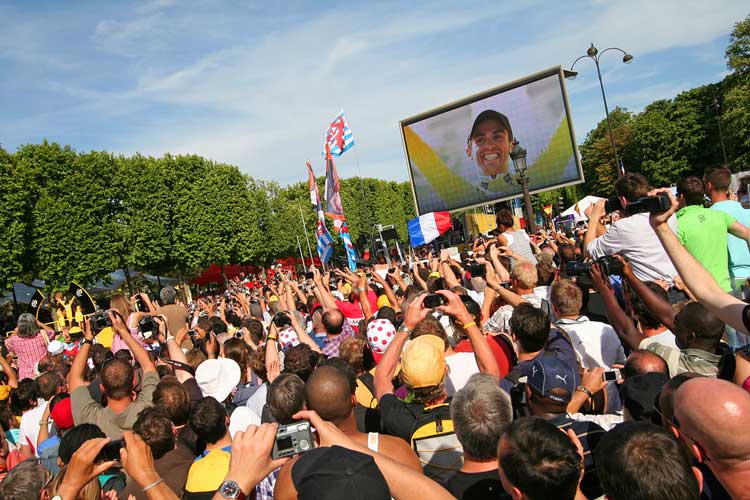 Alberto Contador on the podium at the end of the 2009 Tour de France. The presentation is well worth waiting around for, and you can get surprisingly close as many people head home after the main event. Photo: Mark Kelly

7. Do be aware that there are very few access points to cross from one side of the road to the other, so don't get 'stuck' on one side if you need to get back to the other in a hurry.

8. Check the weather. It may be the end of July, but it could be cold and wet or hot and sunny and no matter where you are, you are unlikely to be in a sheltered spot. Standing still, exposed to the elements is no fun if you're unprepared. Pack either suncream and a hat, or coat and gloves, depending on the forecast. And don't forget water and snacks: there's nothing worse than finding the perfect spot only to have to give it up to go hunting for supplies.

9. Further to the above, it's good to watch in pairs or small groups. That way someone can always hold the fort and guard your spot while you go off to find the toilet or to take the kids for a walk if they are getting bored waiting.

10. Take your home country's supporters flag and don't be shy to shout out and have fun. The teams will love it and we found it to be a very friendly, international event.

You can read Jacqui's accout of watching the Tour de France in Paris here on her excellent French Village Diaries blog.

Hotel de La Porte Dorée, Paris
Our hotel of choice in Paris. Secure bike store, allows bikes in the rooms, has its own fleet of bikes. The hotel is run by cyclists. Read or review here.

See our advice on watching the Tour de France in person