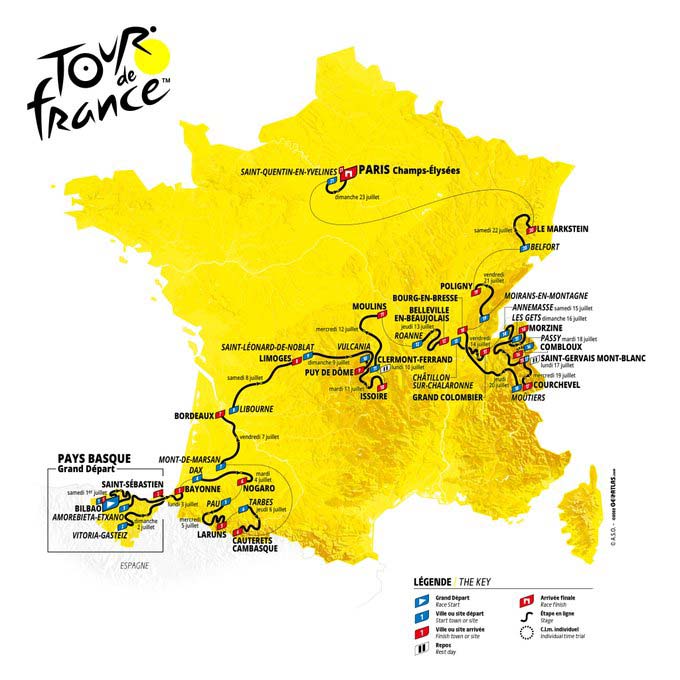 The 2023 Tour de France Grand Depart will be a big one as it takes place in cycling heartland, the Basque Country on the Spanish side of the border. This is an area with a rich cycling tradition and super passionate supporters.

The race kicks off on July 1 and finishes on July 23. As is tradition, the Tour de France will finish in Paris.

Specific info on each stage and more detailed maps are also usually published online each May and in the official race program. We'll post links to it when it's released.

We have this page for Tour de France road closure information, which we also update as information comes to hand (usually not from around May onwards).

See here for accommodation near the route (it will be progressively updated throughout 2023). 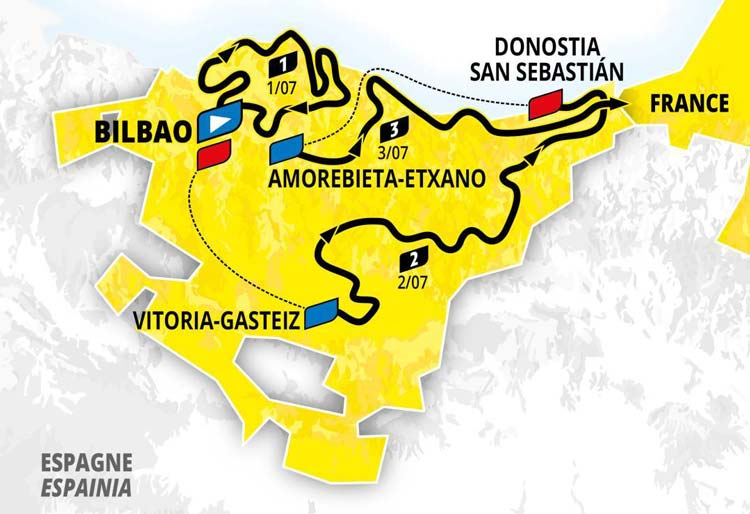 For the first time in a few years, the Tour de France starts with a full stage, rather than a time trial – and it isn't an easy introduction to the Tour.

Bilbao is the host for this 185km loop ride that takes in a good 3300m of climbing. There are five climbs with points up for grabs straight away in the polka dot contest. The climbs on the route are the Côte de Pike – just 10km from the finish – plus the Côte de Laukiz, the Côte de San Juan de Gaztelugatxe, the Côte de Morga and the Côte de Vivero.

The opening stages are a whistle-stop tour of the jewels of the Basque region. From Bilbao on day one we go to the popular seaside resort of San Sebastian. The day may end on the coast but it's not a flat ride: there are 5 climbs on stage 2.

We know the stage starts in Amorebienta-Etxano and heads back across the border into France.

Potentially another day for the sprinters as they go head-to-head on the Nogaro circuit.

It wouldn't be the Tour de France without Pau on the map – today is also the first mountain stage.

Say hello to the Aspin and Tourmalet, part of 3750 metres of climbing. 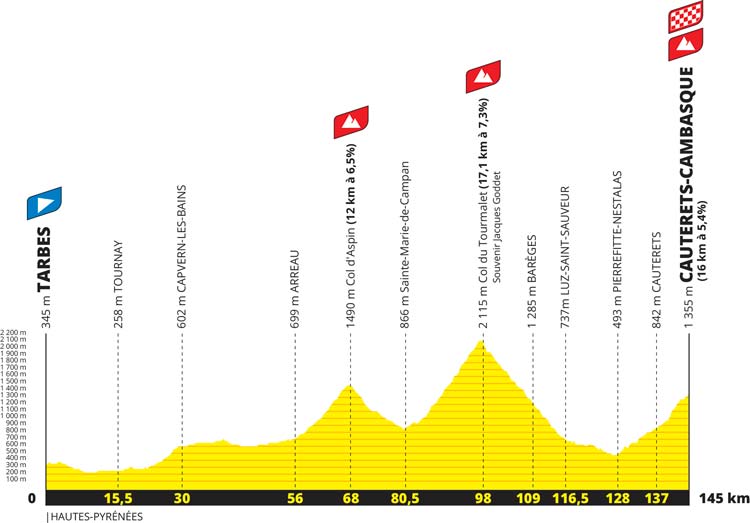 The Tour visits Bordeaux for the 82nd time – until recent times, it was one of the regular Tour towns. This is the first visit in more than 10 years, though. It'll be a sprint finish along the riverfront, ending at Place des Quinconces.

The sprinters capable of powering up a short but difficult climb could take the win.

The area around Clermont-Ferrand also features prominently in the Tour de France Femmes 2023.

One for the breakaway.

A day for the sprinters.

The formation of the breakaway will be one of the critical moments on this hilly stage. 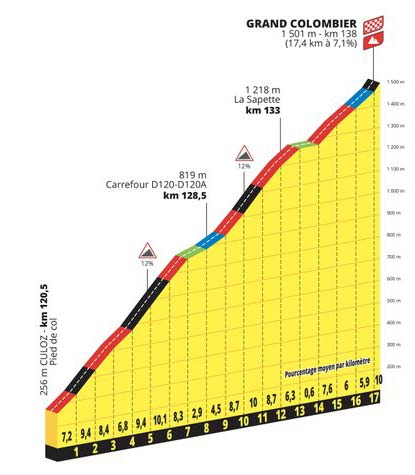 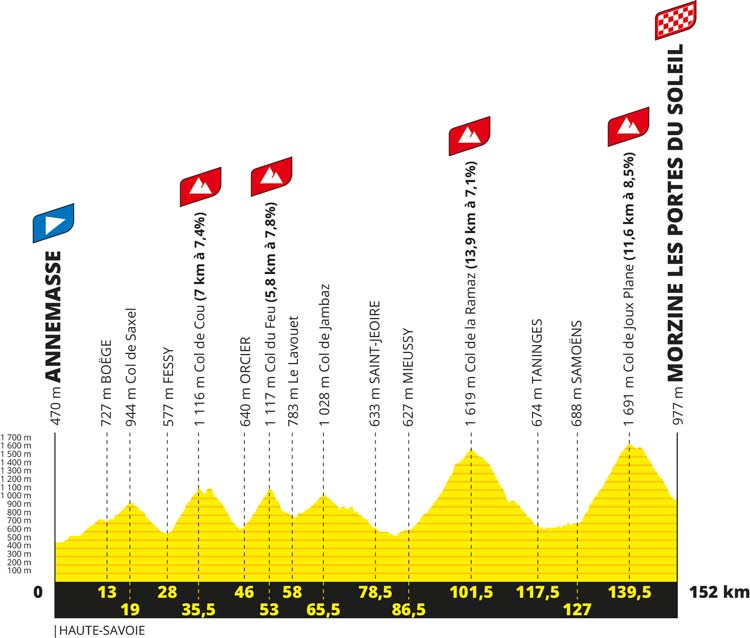 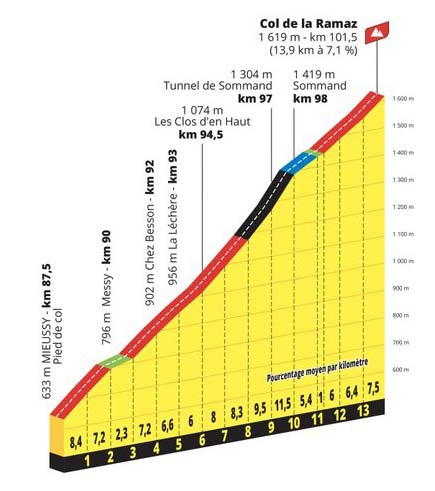 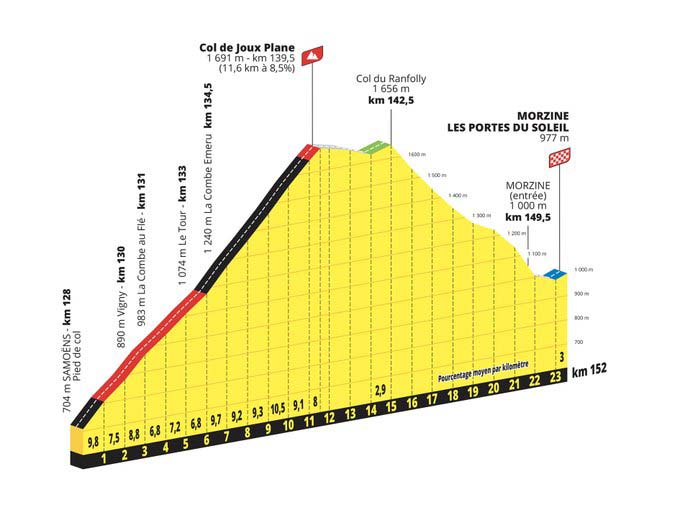 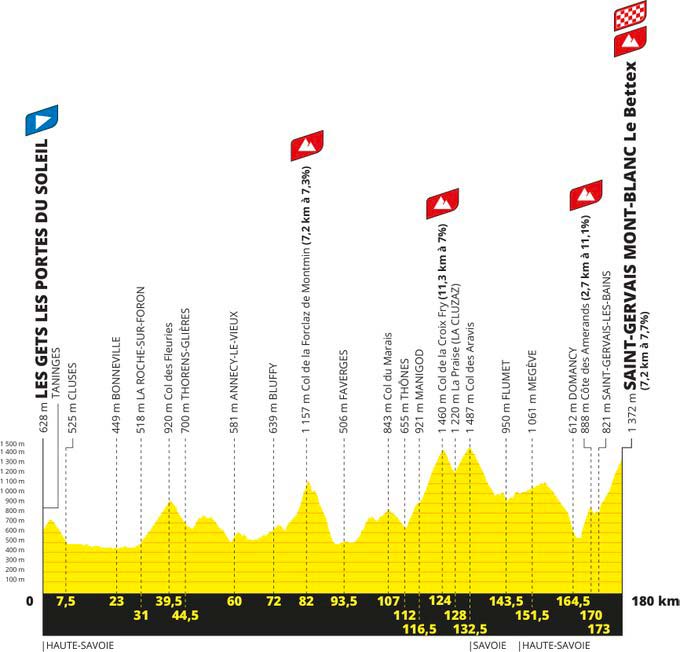 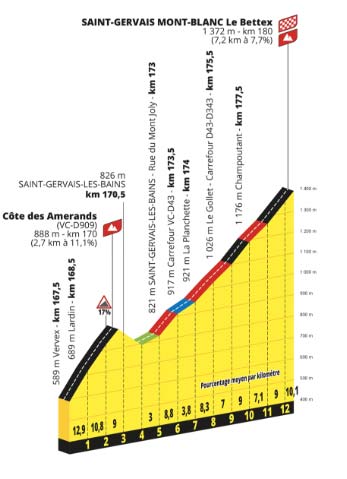 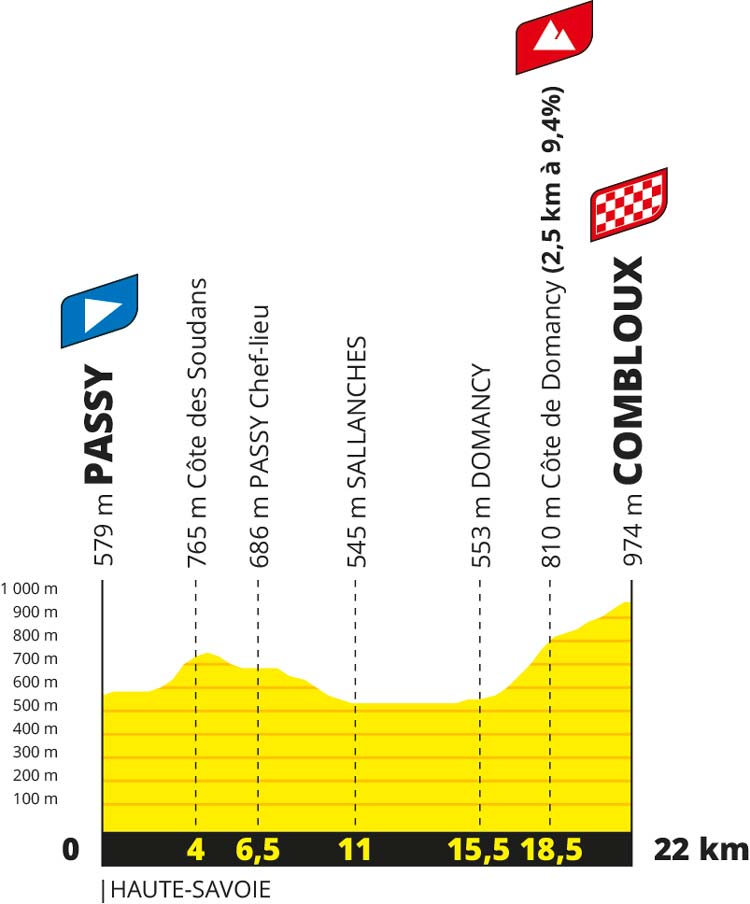 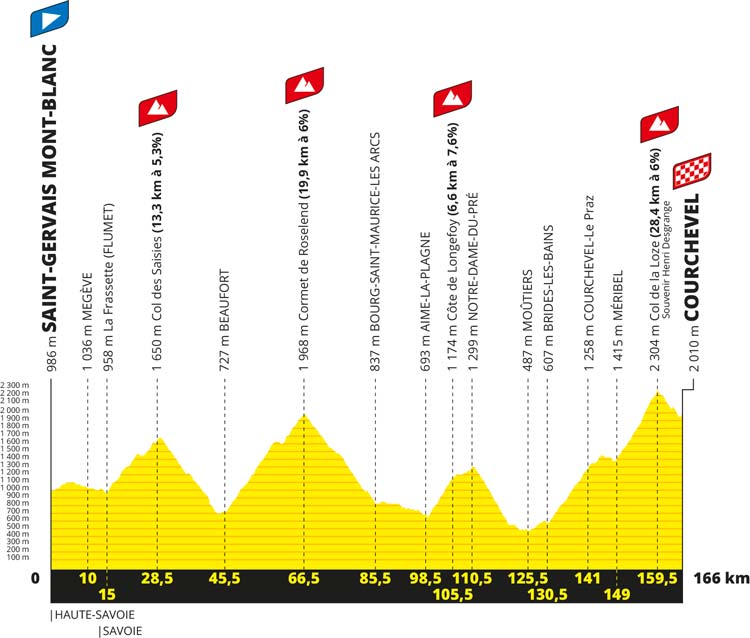 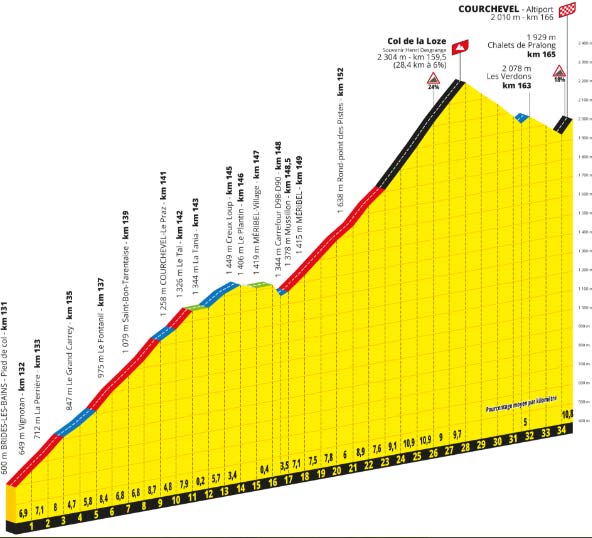 After 5 very hard stages, the sprinters will find a route that should facilitate their return front and centre.

A 8km long final straight, the dream for the sprinters' teams.

A final chance in the mountains with a route for the leaders. This stage has the last 2 climbs in the Tour. 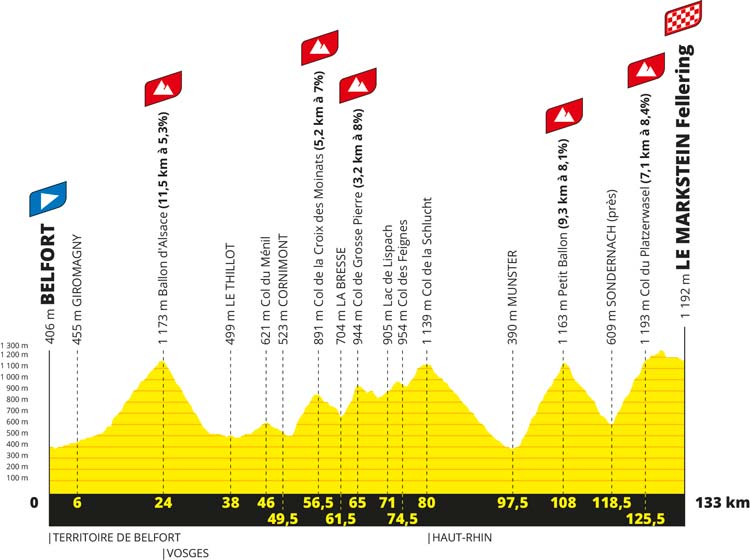 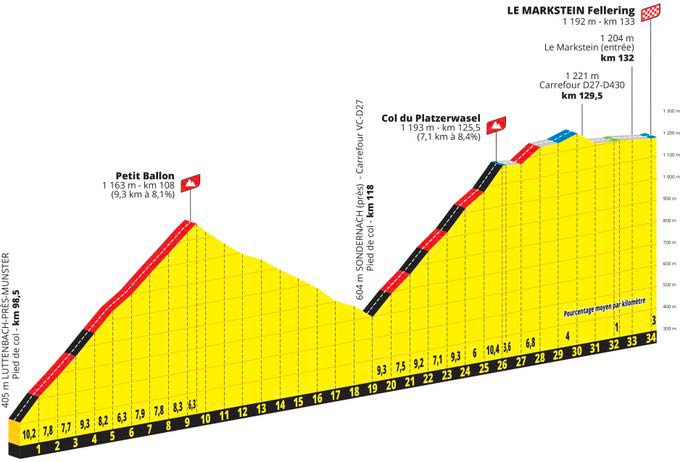 As is tradition, we finish on the Champs-Elysées.

In 2023, time bonuses will be awarded at the finish of each stage – 10, 6 and 4 seconds for the first three riders across the line.

Bonus points will also be awarded on strategic mountain passes and summits. The first three riders across these will pick up bonuses of 8, 5 and 2 seconds. The mountain-top bonus points won't count towards the points classification.

Get the official 2023 Tour de France Race Guide: This collates all stage maps and race times into one booklet.