Flights to France - A Guide for Cyclists

It's never been easier to fly to France, with dozens of airlines flying from destinations across the world. Here are your options if you are planning a cycle holiday in France. By Lynette Eyb. 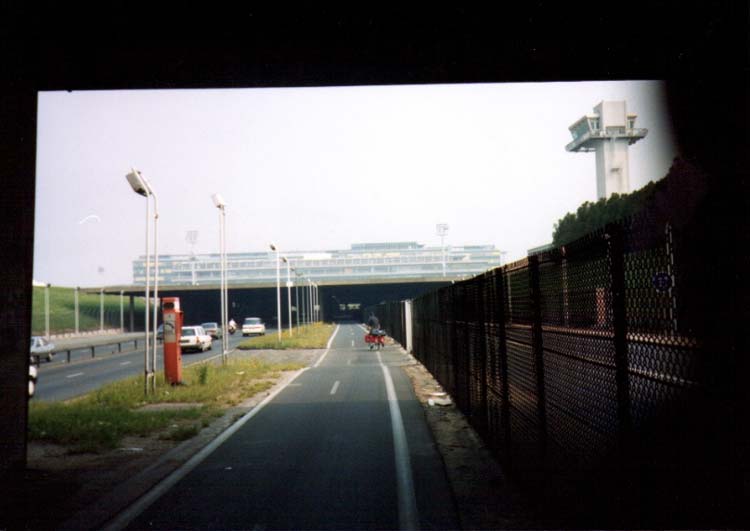 Flights to France from the UK

Budget airlines and smaller carriers also fly to airports across France, though many services operate in summer only, with schedules drastically cut – especially to smaller airports – outside the peak summer months. It’s also worth checking airports that neighbour France (Bilbao in Spain, and Geneva in Switzerland, for example), as there are often good deals on offer for cross-border cyclists.

Flights to France from Ireland and Northern Ireland

Air France flies to France from Dublin and Shannon.

Jet2.com flies from Belfast to Toulouse.

Flights to France from Europe

All major carriers, including Air France, KLM, Alitalia, Iberia, Air Berlin, German Wings, Corsair, Easyjet, Ryanair, Condor, British Airways, IcelandExpress, SAS, Norweigan, and Swiss International, fly to France from across the continent. It's also worth checking the budget airline Volotea, which flies to various French destinations from all over Europe.

Flights to the Channel Islands

Blue Islands flies to Jersey and Guernsey from Southampton, Isle of Man, and Alderney. BMI Baby (bmibaby.com) flies to Jersey from Cardiff, East Midlands and Manchester.

Jet2.com flies to Jersey from Belfast. 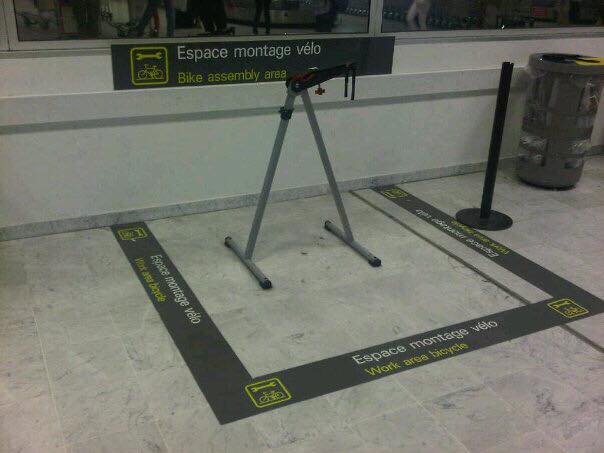 The bike assembly area at Nice Airport. Photo thanks to Will Muecke, a member of very excellent Bicycle Touring Group.

Flights to France from the rest of the world

For long-haul deals, try flight search engines such as Skyscanner, DialAFlight and, for Australasia, Jetabroad.

Air France flies year-round from Paris (Orly and Charles de Gaulle) to other destinations all over France. Check also Air France's budget airline, HOP. Easyjet flies internal routes, including Paris-Orly to Nice and Toulouse; Paris Charles de Gaulle to Toulouse, Brest, Biarritz and Nice; Lyon to Bordeaux; and Toulouse to Nantes and Lyon. Ryanair flies from Marseille to Brest and Lille; and Paris Beauvais to Marseille and Pau. Eastern Airways has flights to Bordeaux and Toulouse from Dijon. It's also worth checking the budget airline Volotea, which flies to various French destinations.

Getting your bike to France by plane

Here is a handy infographic that broadly summarises airline charges for flying with bikes. The YES/NO info is particularly handy as it describes whether your bike counts as checked in luggage if you can keep everything under the weight limits. 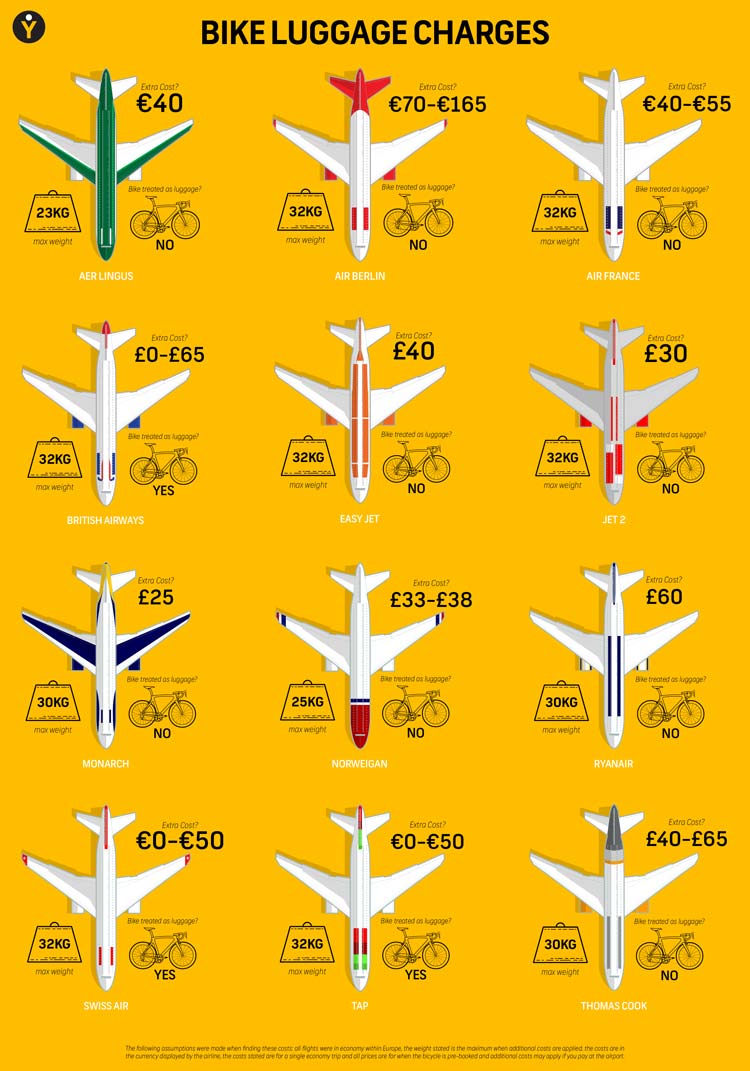 Infographic thanks to Yellow Jersey Insurance, which specialises in bike insurance for cyclists. More on cycling insurance here.

See our shipping page for other options.

See also our guides to catching ferries to France, and taking the train to France and around France once there, as well as advice for anyone wanting to take the bus. You can also search for accommodation and car hire.