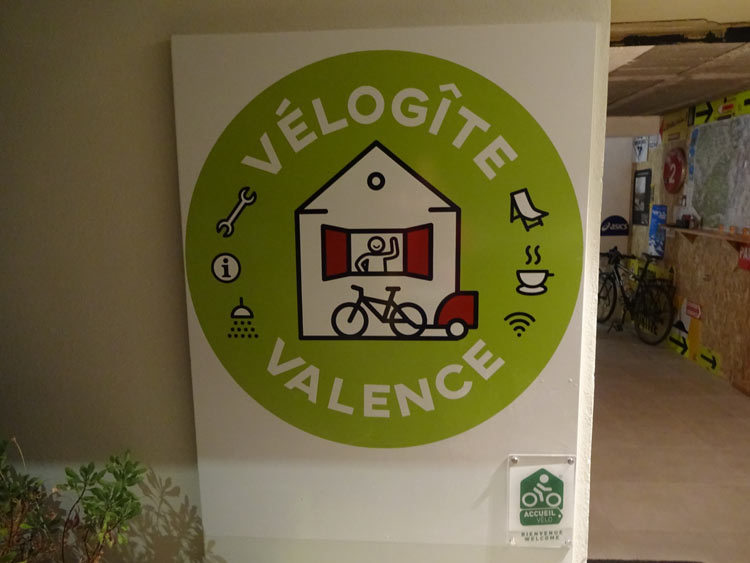 There is one and only one reason Vélo Gîte Valence exists: to provide affordable accommodation for cycle tourers on the Via Rhona bike route, the part of EuroVelo 17 that links Geneva to the Mediterranean.

It's run by Marianne and Bruno, two French cyclists who wanted to create the type of accommodation they appreciated when touring: cheap, clean, friendly. And that's exactly what they've achieved.

1. It's run by cyclists for cyclists.
Both Bruno and Marianne are experienced cycle tourers. Bruno completed a solo trip around the world in his youth, taking in destinations that were well off the beaten track when he was younger (I won't tell you how many years ago that was, but if you ask to see his photos, that will give it away...) You know as soon as you walk in the door that it's run by cyclists because you see maps, maps and more maps on the walls. 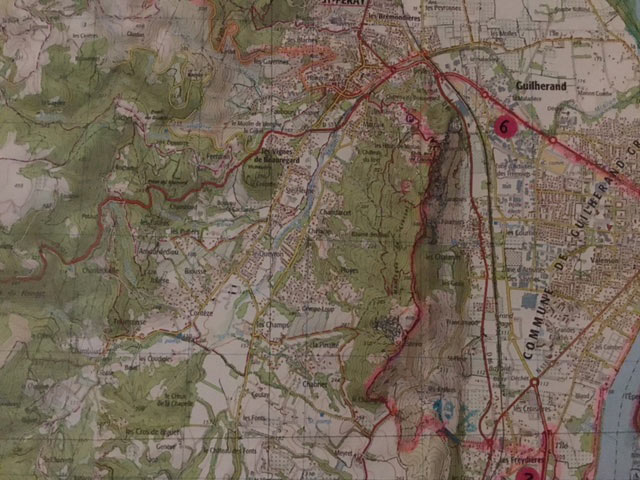 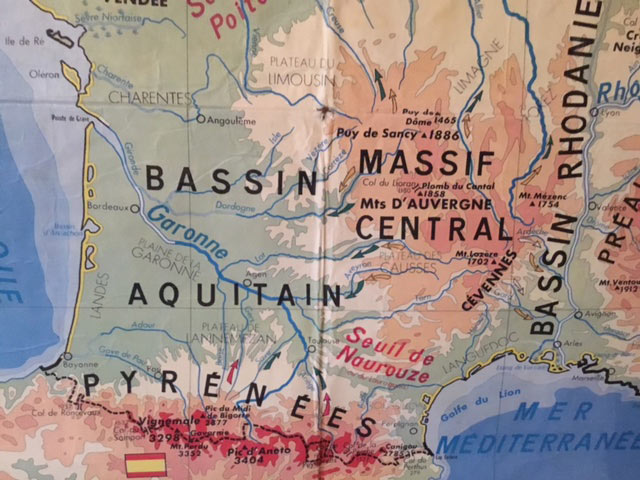 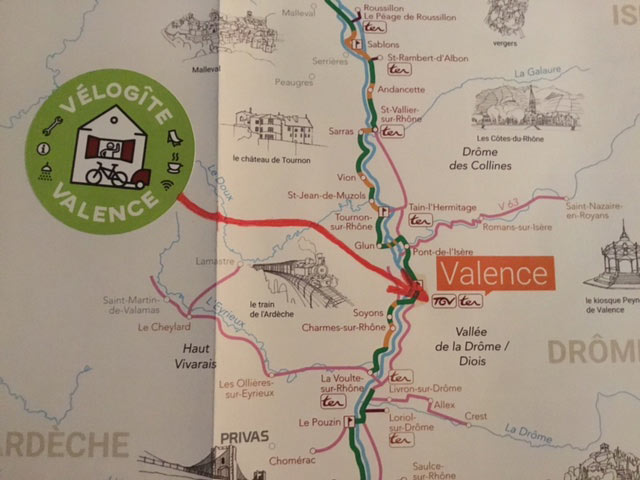 2. Cycling services.
As you'd expect from a place run by cyclists, there are lots of bikey extras here. Firstly it has the accueil velo seal of approval from the local tourist board. Marianne and Bruno can arrange baggage transport for your luggage, and they have cycling maps and route suggestions hanging off walls and spilling out of folders. They also have the usual range of tools and pumps. And although I didn't need it, I'm sure mechanical support would be on hand if you needed help fixing something on your bike; you don't make it around the world on your own without learning a thing or two about bikes.

3. The price.
This is budget accommodation. If you're looking for the bells and whistles of a hotel, then this isn't the place for you. But if you are after a friendly, affordable self-catering accommodation on one of France's up-and-coming bike routes for just €20, then this is for you. You get clean rooms and warm showers, a friendly welcome, and stacks of local knowledge. Plus you get breakfast for an extra €5 if you want it. 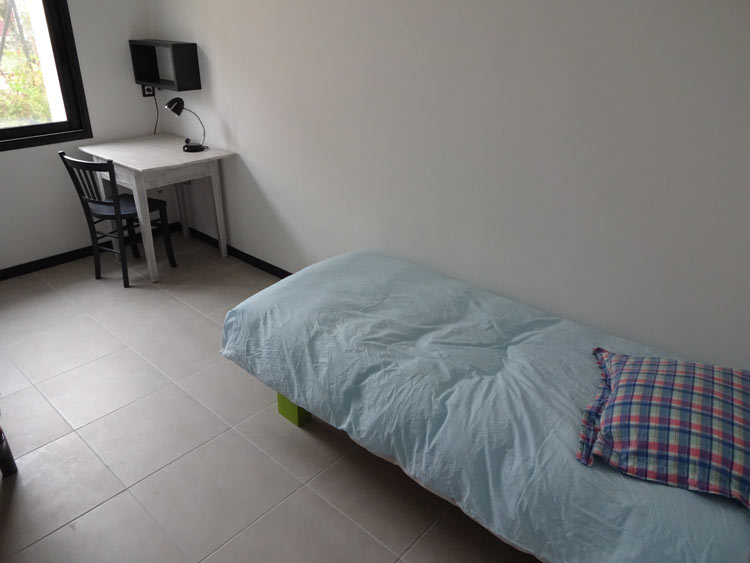 4. Facilities.
The rooms are clean and basic, and they are priced hostel-style for sharers and families. There are two rooms sleeping four people and one room with two beds. Wifi is free (and fast – I wrote most of this review using it). There is a self-catering kitchen for guest use plus a communal room where you can meet and chat to other cyclists. Marianne and Bruno have their private space upstairs, so the entire ground floor of the house is given over to their cycling guests.

5. The location.
This is perhaps the biggest selling point. The gite is just a hundred metres or so from the Via Rhona as it passes through Valence. It's an easy and affordable stop on one of France's newest – and already one of the busiest – bike routes. Marianne and Bruno know the Via Rhona well and can advise which sections are and aren't finalised and signposted (at the time of writing there were quite a few). The centre of town – including the train station, which I used – is only a few minutes away by bike (ask for the directions via the lovely short cut through the back garden and along a forested path to the park). There is also a nice park nearby with a children's play area – an ideal stop for mini-cyclists who have energy to burn after a day in a trailer or bike seat. 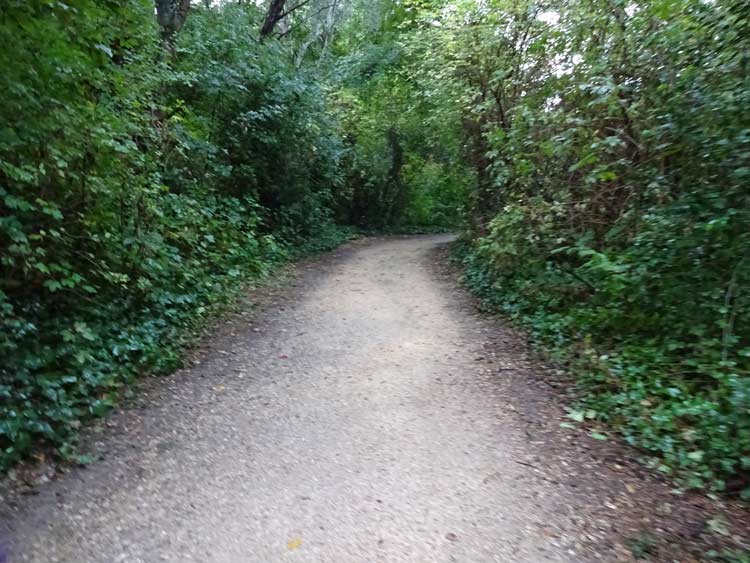 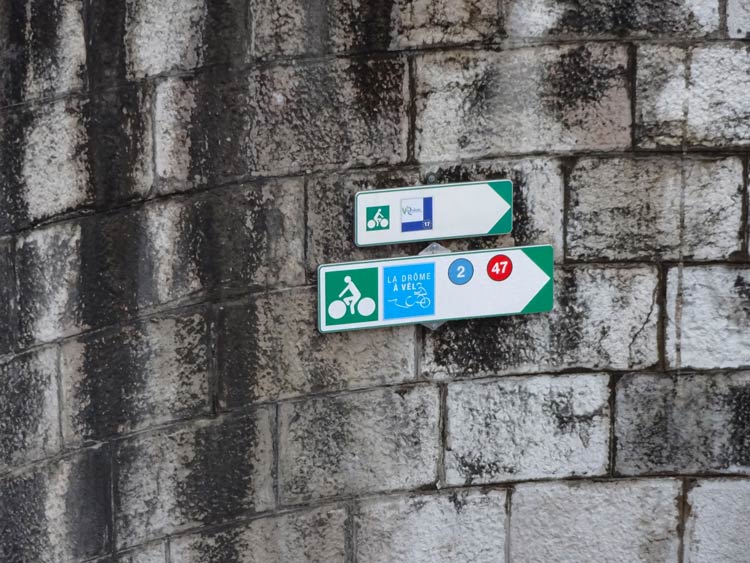 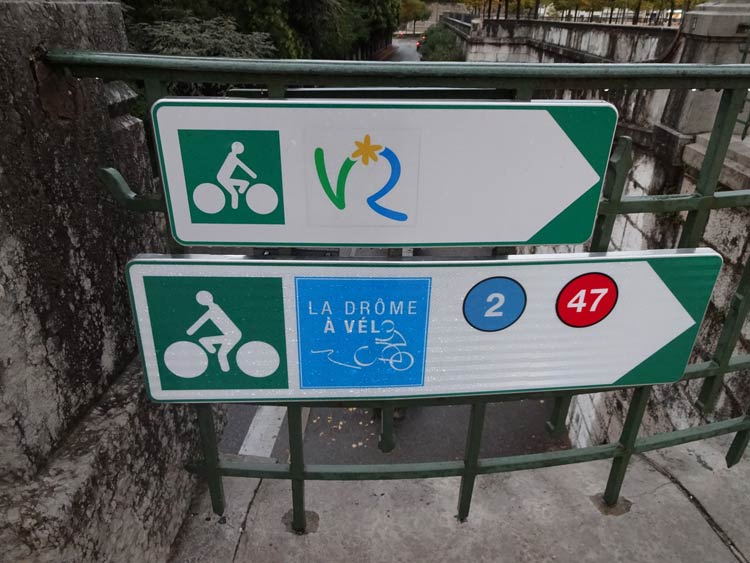 In short, Vélo Gîte Valence is an excellent option for cycle tourers who are on a budget. When you consider that you can get three three or four nights here for the price of a room in standard hotel in a major city or town like Valence, then it's extra great value for money. It's also ideal for cycle campers looking for a bed for a night to escape poor weather or if you're cycling outside summer when campgrounds are shut (you get the night here anyway for not many more € than a tent pitch). It's also ideal for cycling clubs and families looking for informal self-catering accommodation at an affordable price.

The Via Rhona bike route