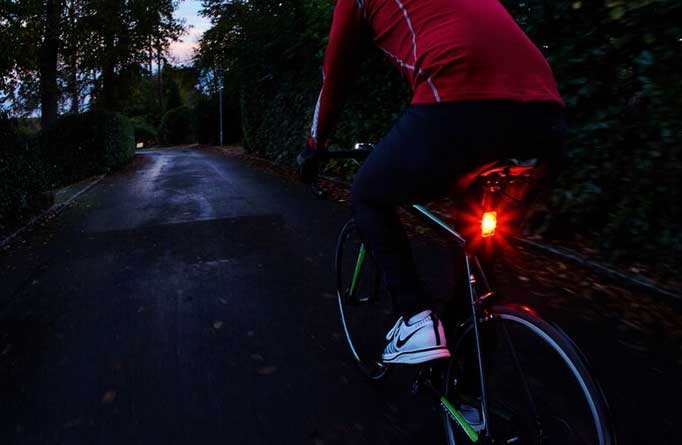 In an era of smartphones and Smart cars, it was only a matter of time until some bright spark invented a smart bike light.

Supported by a KickStarter crowd-funding campaign and dubbed 'the intelligent cycle light with road sense', the idea behind See.Sense lights is to employ sensor technology to improve cyclists' safety. Using accelerometers and light sensors, the rear light responds to changing road surfaces, light levels and bike movements by altering its flash rate and pattern. And all without the need for switches or buttons.

Most cyclists want three things from a rear light: something bright and eye-catching enough to ensure car drivers see you from behind, a unit that's easy to pop on and off the bike, and one that's small and light enough to carry around.

The See.Sense Intense ticks all these boxes. At 125 lumens, this is a bright rear light. We rode together to see how the light changes its flash pattern according to conditions, and it's certainly an attention-grabber.

Like many recent additions to the bike light market, this one mounts on the seat post with a rubber loop and slot. On a road bike and with a rider wearing fitted clothing, this kind of mounting is fine. For commuters with longer jackets or carrying a saddlebag, it's not.

And the light is certainly small and light enough to be easily pocketable. So light, in fact, that we wondered about its durability. After a bit of Googling, however, we discovered that it's built from a very tough plastic called Luran S with a polycarbonate lens. 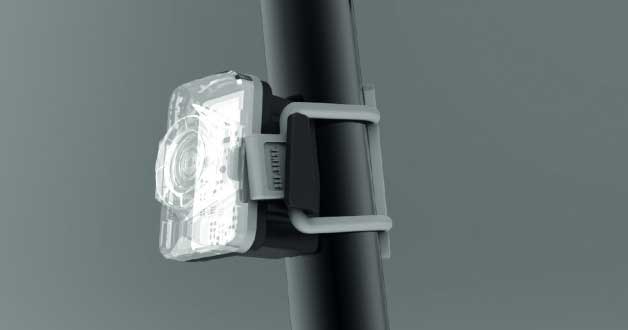 Despite being an 'intelligent light', See.Sense demands a bit of thought from its users.

Because it has no buttons, turning it on involves shaking it back and forth three times. It's easy to do once you've got the knack, but it takes a bit of trial and error to learn. Before the light comes on, it displays a sequence of 7 red and green LEDs. These are your 'fuel gauge' and a useful feature. The unit then displays a green warning light, reminding you not to look at it when it comes on, another plus because at 125 lumens, staring into the light can cause serious injury.

To turn it off, you hold it face down for more than 3 seconds, and we found the easiest way to do this was simply to pop it on a flat surface once you had removed it from the bike. If the light stops sensing movement, it goes into stand-by mode after 3 minutes and comes on again once you start moving again.

Where we didn't see eye-to-eye with See.Sense, however, was in the light's default settings. Riding in a straight line at a steady speed, the flash rate slows significantly. Even riding behind on another bike, we found the dark intervals too great to feel safe, and a car pulling out of a junction behind you and accelerating towards you might only see one or two flashes.

As a result, you'll need to take time to experiment with changing the settings. In theory you can do this by holding the light upright, turning it left to select the setting and then right to change the value. In practice, you need the instructions in front of you.

See.Sense charges via a mini-USB cable and comes with a very short cable. We'd have preferred micro-USB, now the standard for most smartphones and consumer electronics, and a smarter, cableless solution. Most of us have a tangle of chargers, so we ordinarily prefer lights like the Knog Blinder because its built in USB charging plug lets you connect it directly to a laptop or power adapter.

In summary, this is a very bright rear light but it's not cheap. Whether the smart sensor technology you're paying for makes it safer is hard to say. Because bags on our racks often obscure our seat posts, and because altering the light's settings demands a bit of effort, it's not a light we'd normally buy, but it may be nonetheless worth checking out if you're in the market for new lights.

We have more product and book reviews here.