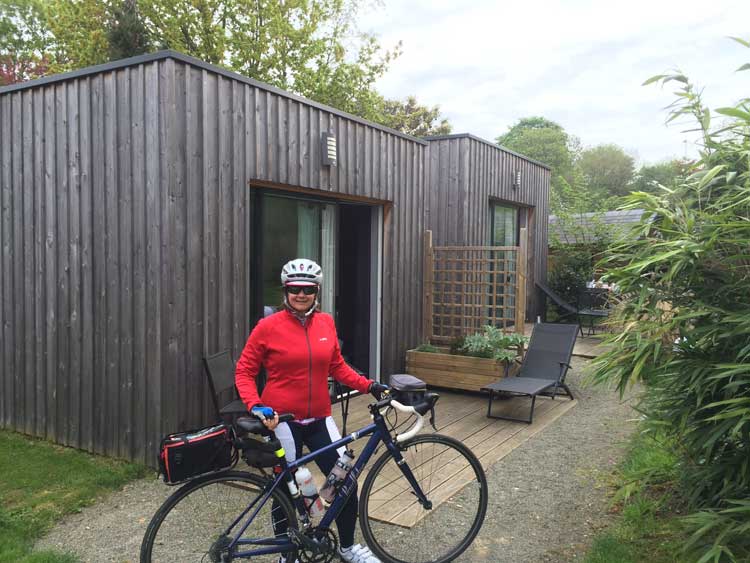 Situated on the marked cycle paths just outside the old medieval city of Le Mans, and an accueil vélo property, Les Cabanes de Do are three individual chalets each with a decked terrace, in a private garden with parking and undercover lean-to bike storage. 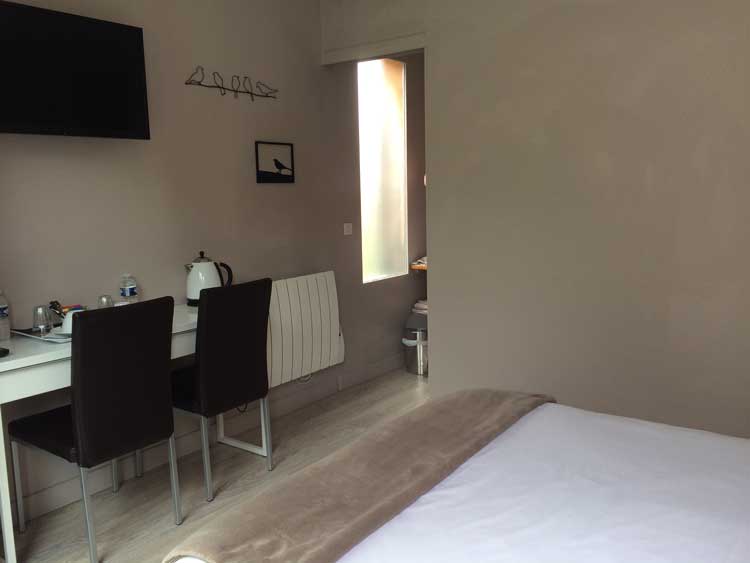 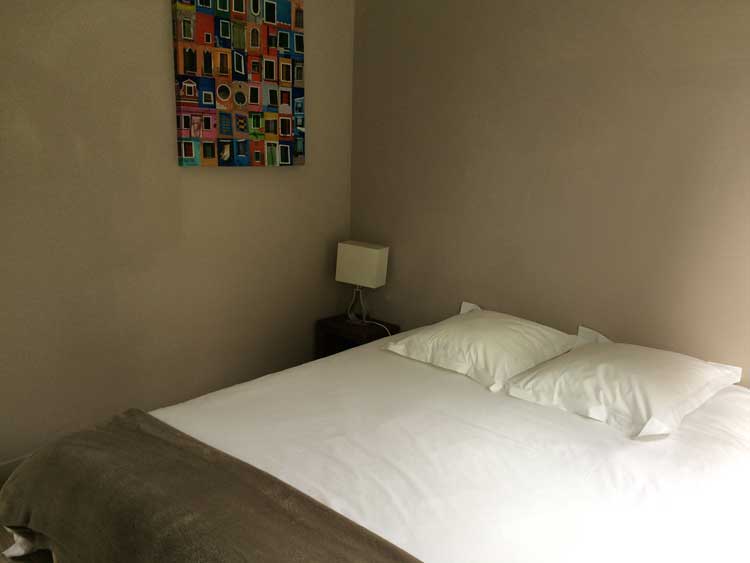 1. The owner has thought of everything as although the cabins are not big, they have a double bed, wardrobe, desk, kettle, TV, hairdryer and good size shower room.

2. Despite their location away from the main house, the internet connection was good and although there is a road close by, the double glazing meant it wasn’t a noisy night. 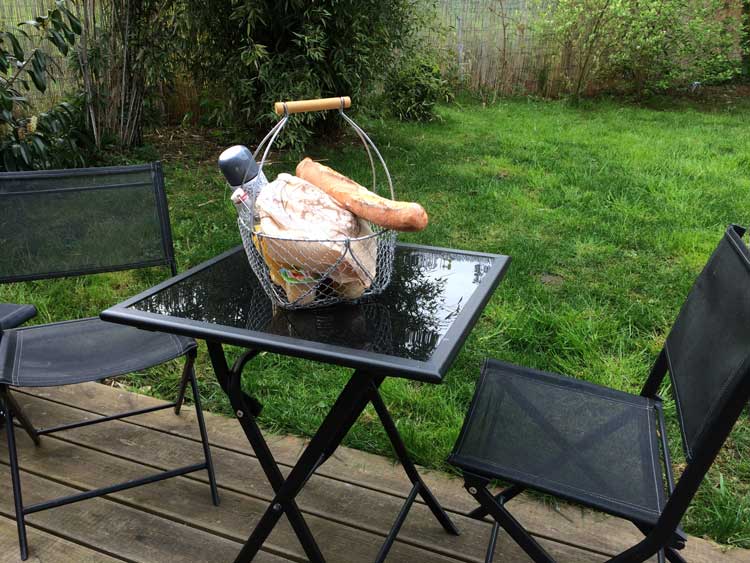 3. Breakfast is served beautifully presented in a basket and brought direct to your door at a time that is convenient for you. We were lucky the weather was good enough to eat it outside on the terrace as there wasn’t much space indoors and I’m sure the breadcrumbs would have made a real mess. We had a flask of piping hot chocolate, a bottle of orange juice, a whole baguette to share, a croissant, each as well as butter, jam, honey, yoghurt and apple compote. I was just glad we were cycling, as this would have been too much to eat without the promise of exercise to follow.

4. The company. The owner has two friendly dogs, who are not supposed to join you for breakfast, but we watched with a smile as one of them carefully picked a hidden route around the edge of the garden to come and sit by our table. Her eyes were appealing, but she was very well-behaved and didn’t beg or steal.

5. Ease of access into Le Mans. Whether we were walking into the city for a meal, sightseeing on foot or taking the bikes to the market to buy our picnic lunch, getting from Les Cabanes into the centre of the city was straightforward and away from the busy main roads. 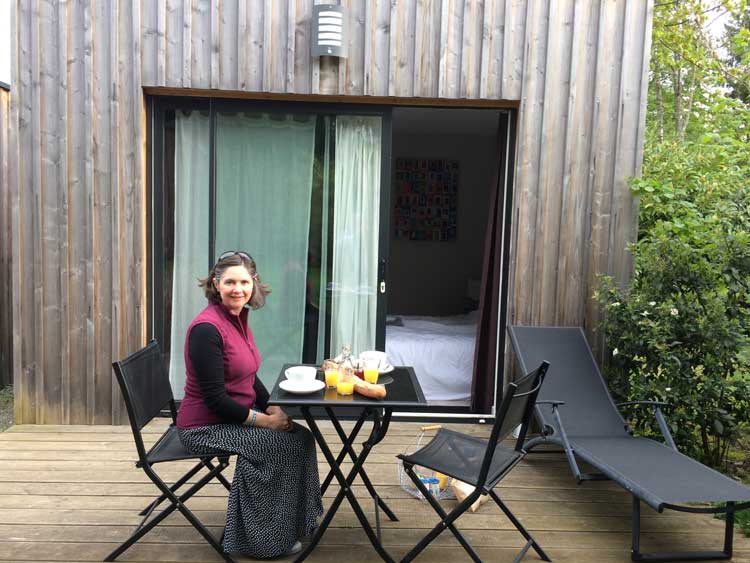 If you are travelling alone or as a couple I can’t think of anywhere better to stay in Le Mans. We stayed two nights and I honestly hadn’t expected a full clean with fresh towels to happen after one night, but the cabin looked like new when we returned after a day spent sightseeing.