Richard Peace reviews the Hotel Les Beaux Arts in Compiègne, where he stayed during his ride from Lille to Paris. 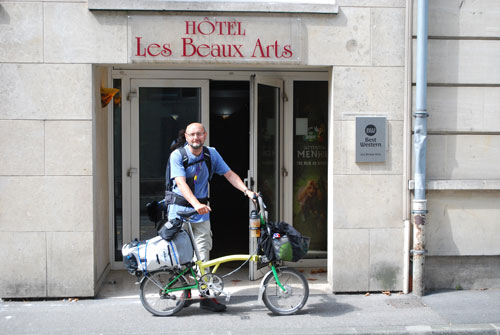 Hotel Les Beaux Arts at Compiègne is a stylish hotel on the Eurovelo 3 and my own Lille to Paris route. It’s a Best Western hotel and often recommended by cyclists. The town of Compiègne itself combines French royal history with an interesting local network of cycle paths.

Since 1968 Compiègne has also been the start of the Paris-Roubaix race.

Five things we like about Hotel Les Beaux Arts, Compiègne

1. Great secure storage: There were a couple of wheel lock up style bike racks in the underground car park which is accessed via two solid lifting garage doors controlled by reception. You can wheel them in and lock them up then go up to your room via the lift.

The hotel said they had had larger groups doing charity rides from London to Paris and could easily accommodate all the bikes in the secure underground car park.

2. Great local cycling: Although Compiègne was a stop on my Lille to Paris route there are also lots of local opportunities for cycling including a plethora of traffic-free routes in local forests. You can visit the Armistice Clearing where Germany surrendered in 1918 and largely destroyed by Hitler after France surrendered at the start of WW2. It has now been restored with a museum and a recreation of the railway carriage where the 1918 armistice was signed. 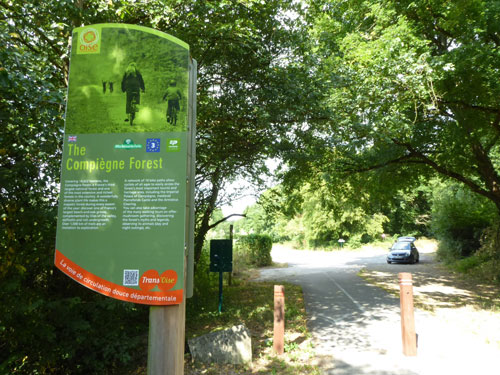 You can also visit the magnificent Compiègne Château by bike via forest tracks. There are also some nice sections of the Trans-Oise cycle path alongside the Oise and Aisne rivers.

3. Roomy room: I booked a ‘classic’ twin, although more luxurious (and more expensive) rooms are available. It was very roomy and much appreciated after staying in a string of smaller rooms. Nicely furnished with comfortable beds and plenty of electrical sockets, it also had a good internet connection and kettle plus free hot drinks (the internet proved a bit difficult to log onto initially but the staff were more than helpful in doing some technical jiggery-pokery which meant I could log on easily and quickly). The ensuite was very well fitted out and very clean too. 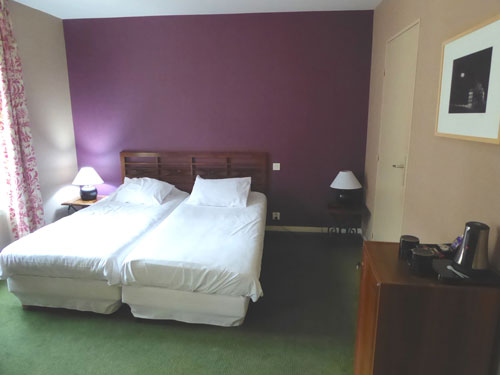 4. The town’s imperial grandeur: In the forest near the town of Compiègne is the eponymous Château, a royal residence built for Louis XV and restored by Napoleon after the Revolutionaries gutted it. Compiègne was one of three seats of royal government, the other rather better known ones being Versailles and Fontainebleau. With such royal pedigree it is not surprising that the nearby town is rather a grand and imposing place with a magnificent town hall and lovely central square.

5. Eating and drinking: There was a copious continental-style breakfast on offer and a cosy looking bar for relaxing in the evenings and the tempting looking restaurant opens for lunchtime and evening meals. 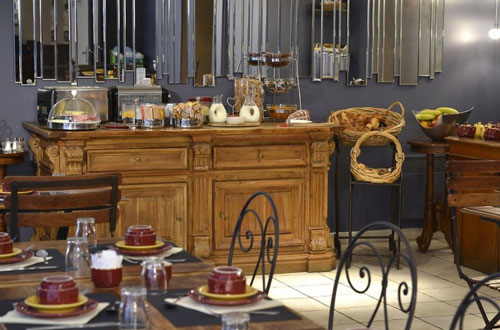 This is a great base for cycling in the Oise area of Picardy. Book well ahead if you are visiting for the Paris-Roubaix one-day classic or for the amateur sportive that runs off the back of it.

Richard Peace is the author of the official English-language guidebook to the Veloscenie Paris-Mont-Saint Michel bike route and the Sustrans guide to the London-Paris Avenue Verte. He also contributes to A to B magazine, Bike Europe and Eurobike Show Daily. You can see all Richard's books here.