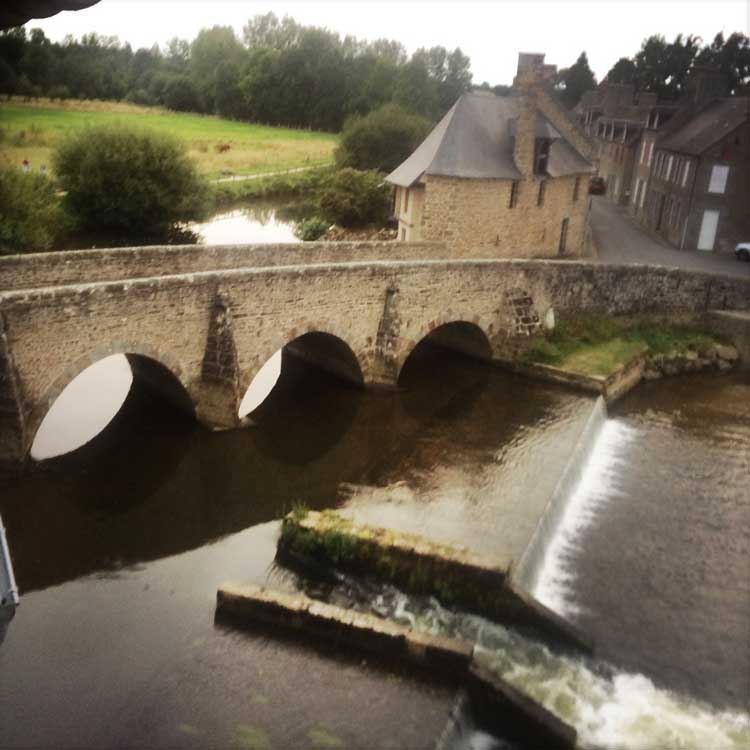 A mainstream global hotel brand meets an old mill in this unexpected gem of a hotel in Ducey. The historic stone structure's been cleverly and very tastefully converted into a modern boutique hotel, prettily located on the banks of the river Selune (famed for its salmon fishing). It's owned by the lovely Patricia and Claude, who may even let you see their secret island... Oh, and Patricia speaks excellent English, as does receptionist Cecilia. 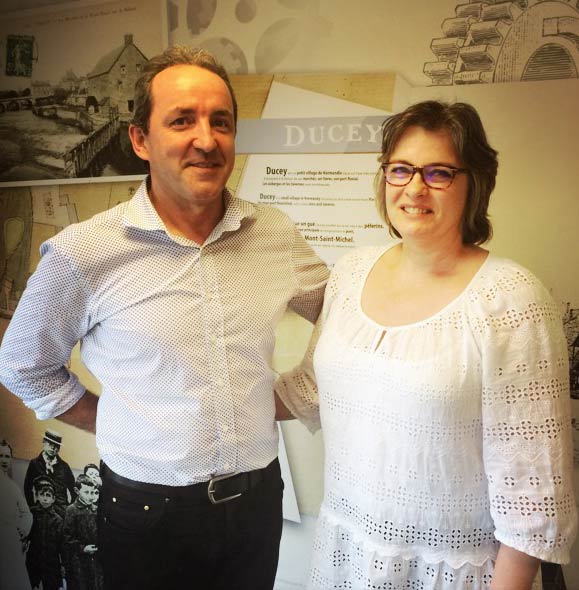 Bikes are locked safely behind a locked gate, though the area's not undercover. There's a laundry service for wet or smelly bike kit, plus wifi.

1) Room with a view – stick your head out of your bedroom window and you can almost dip your hand into the Selune. It flows through a picturesque stone bridge right next to the hotel. It's ridiculously pretty. 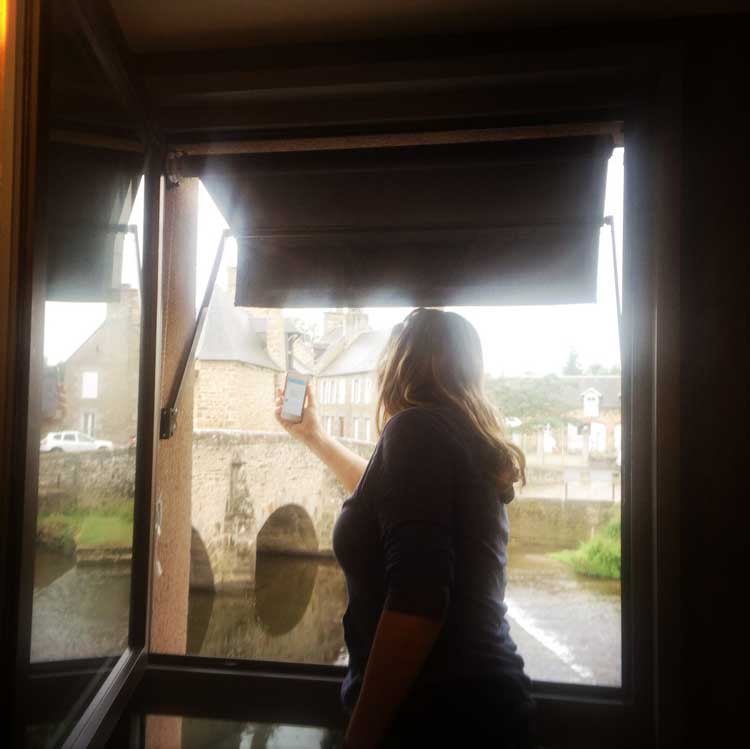 2) Get Patricia talking about the history of the building and she just may give you the key to the island under the hotel, accessed through a stairway in the basement. It juts into the middle of the river and boasts a pretty garden. Who doesn't want their own island?! 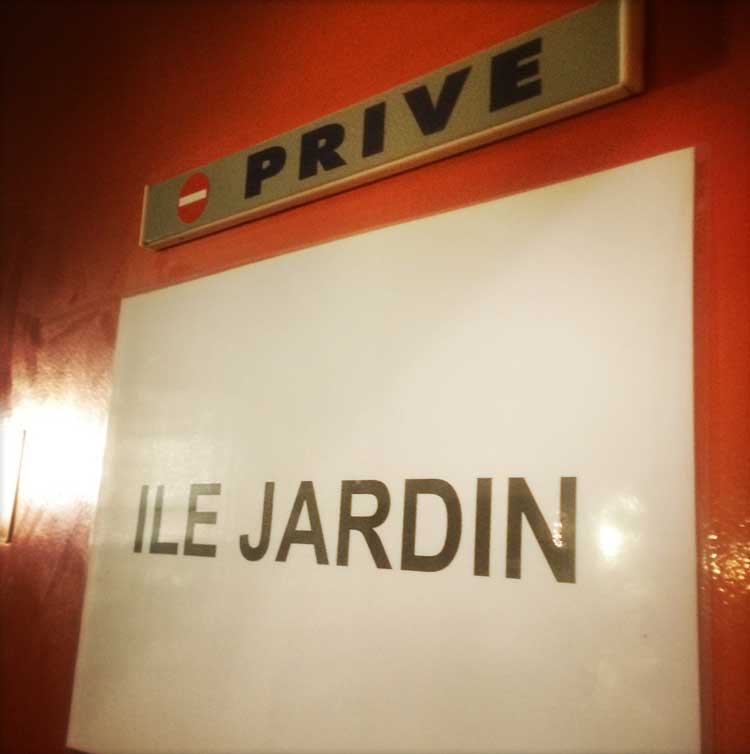 3) Outstanding breakfast! Varied and generous – just what every cyclist needs – with unusual extras like bacon and French pancakes.

4) Ducey is small, really small, but Le Moulin couldn't be more convenient to visit its sights, including the 17th century Chateau de Montgommery (the residence of a famous Protestant family in the area), old stone bridge (which dates back to the early 1600s and was used by pilgrims to cross the Selune to Mont St Michel), and the imposing church. 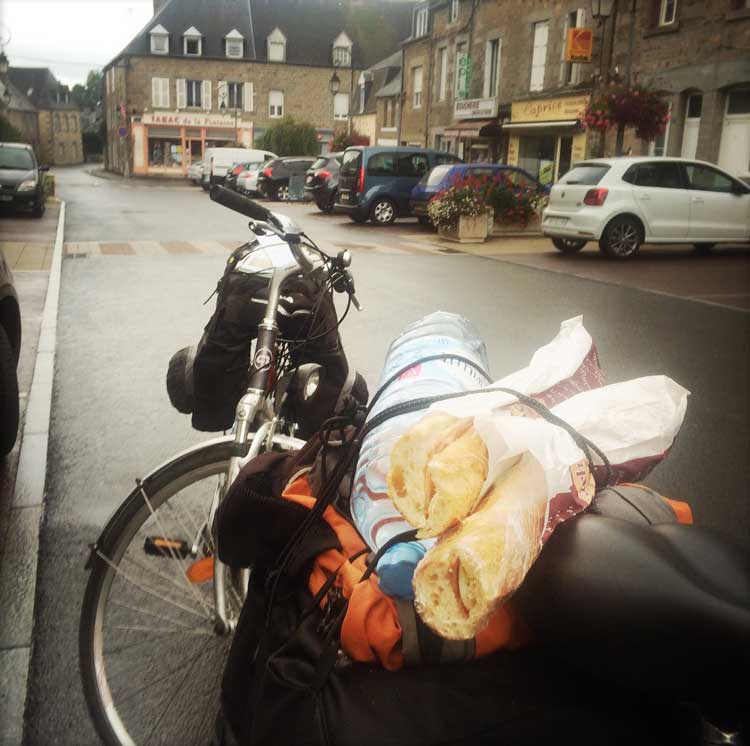 5) There are more boulangeries than you can throw a baguette at within spitting distance of the hotel (think un pique-nique for the road). Actually, there's an assortment of shops close by. Much more pleasing than trying to negotiate a city's streets and crossings to stock up on any provisions you may need.

See also our overview of cycling in Normandy and Tracy's full report from the Paris to Mont St-Michel Veloscenic bike route.