Passing through Paris with your bike? The Hotel Gavarni is a bike-friendly hotel option close to the Seine and the Eiffel Tower. 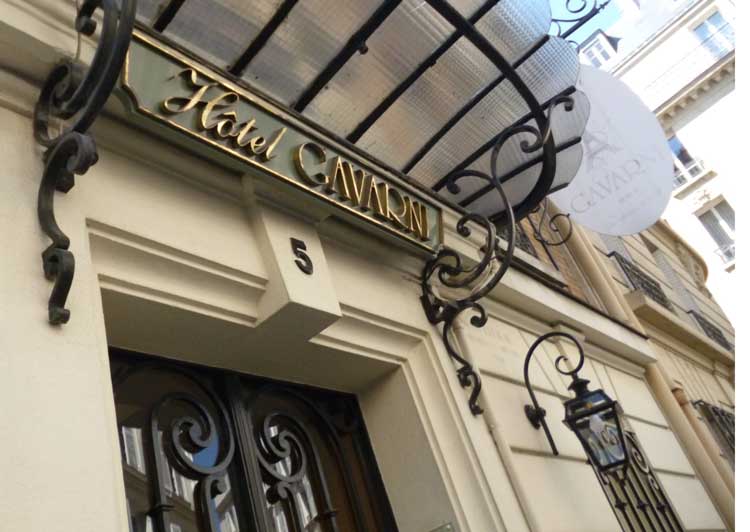 Bike ride ideas in Paris + watching the TDF in Paris

I’m often asked to recommend bike-friendly hotels in French cities, and in particular Paris (see these pages for hotels that have confirmed they have bike storage facilities).

Usually when I stay in a city, I err towards a mainstream chain – firstly, they are usually affordable (with plenty of late availability), clean and modern (with a luggage store or conference room for bike storage), and, well, you know what you’re getting. See this review, for example in Bordeaux and this budget chain hotel in Le Mans.

However it’s also nice to stay somewhere with character and a bit of originality, especially when visiting somewhere like Paris. But in Paris, it can be even more hit and miss for hotels than in small cities.

That’s why I was so chuffed to find the Hotel Gavarni on an overnight stopover in the French capital. The staff were friendly, the facilities clean, and there was a lounge/bar area for relaxing. 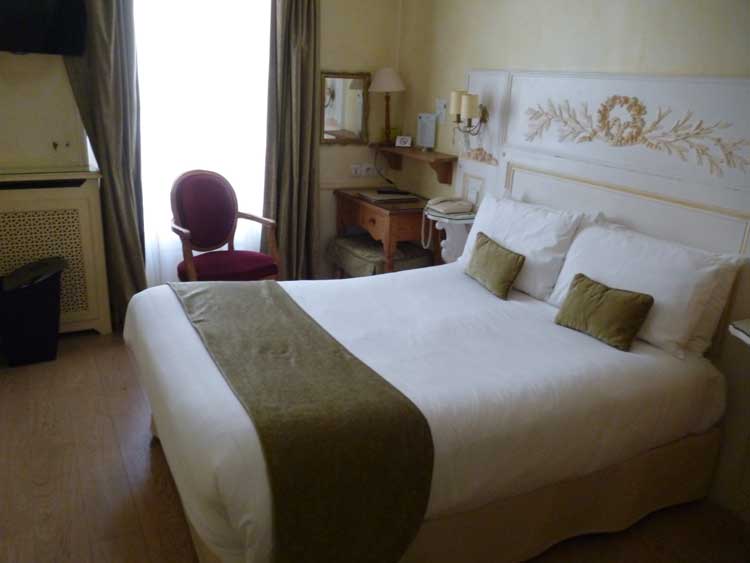 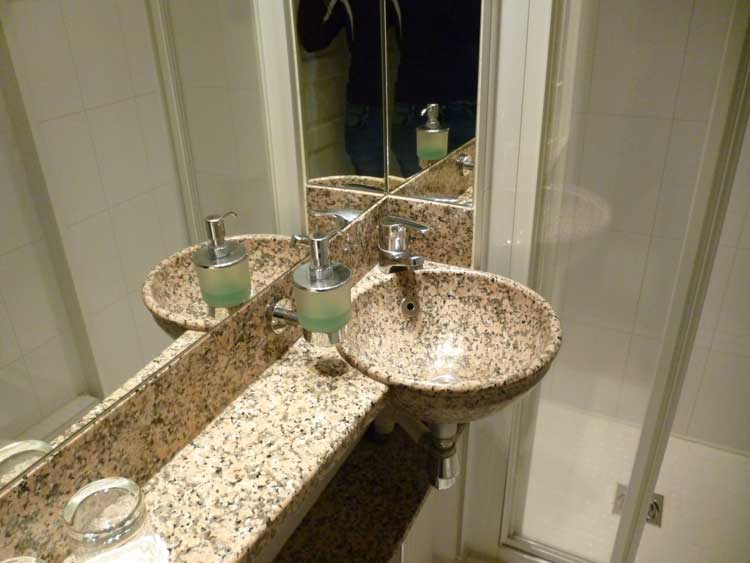 The room itself was very comfortable – spotlessly clean with nice linen and pillows. The bathroom was small but perfectly adequate for one night. As the hotel is on a side street, there was hardly any outside noise coming in. I slept very nicely.

1. Location. The hotel is an easy ride from Gare Saint-Lazare, where many trains terminate from the north of France – I was coming from Normandy. Better still, it’s around the corner from the Eiffel Tower, and within easy reach of most other attractions (I was needing to go the Australian Embassy, which was less than 5 minutes away by bike). I was astounded that I could find a mildly affordable, quality three-star hotel that was so well-located (especially when I booked just one week before my visit, though going in April rather than July probably helped).

2. Value for money. See above for location. I paid €85.50 for bed and breakfast – it was even cheaper (€70) on booking.com when I checked again the day before arriving. 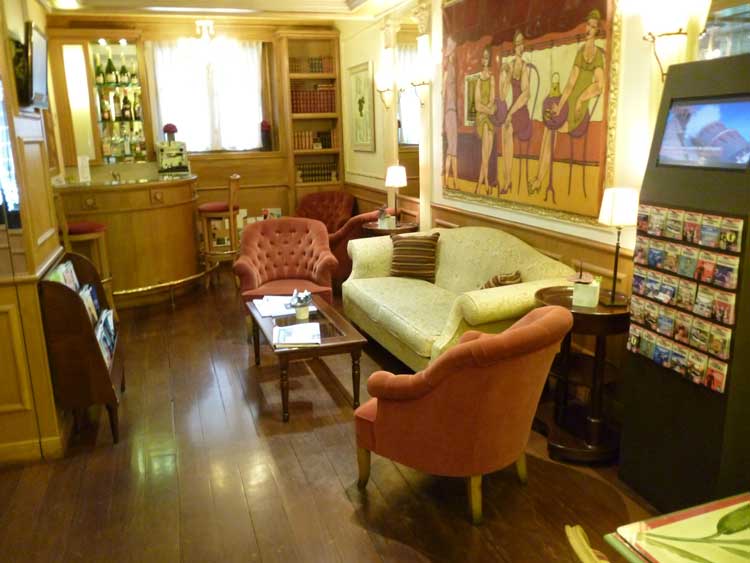 3. Bike storage. I emailed ahead to make sure there was somewhere to store my bike as the hotel wasn’t already on my bike-friendly list (it is now!) Many older Paris hotels simply don’t have space in their luggage room for bikes, or an elevator to easily take your bike and panniers up to your room. The response came fast and affirmative: yes, we can store your bike inside the hotel for you. I arrived and the bike was safely tucked away in a little cavity in the reception area. The hotel staff later told me that they can find space for multiple bikes, be it in reception, in spare rooms or in other unused space in the hotel (conference room, breakfast room etc). 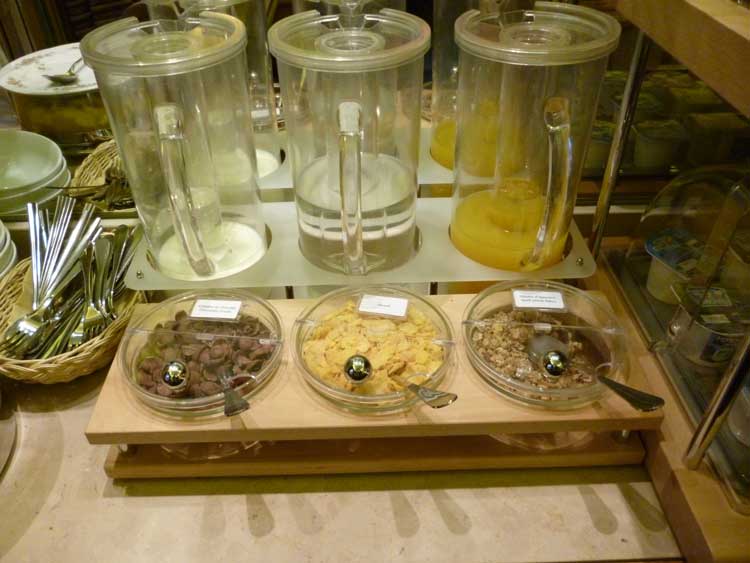 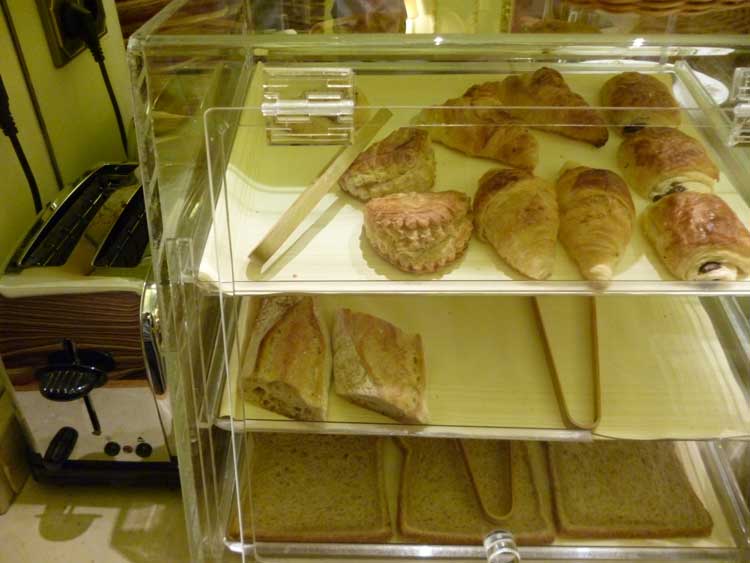 4. Breakfast. This was sufficient for a day in Paris. The usual selection of breads and pastries, plus yoghurts and cereals (including muesli). There was – hold your breath! – even a toaster, a real luxury in many French hotel, (though I was clearly the only one to have used it lately because the square sandwich bread was a bit stale; it was promptly replaced when I complained (nicely). Eggs and other hot extras are available on request.

5.  The hotel is part of the Green Hotels Paris group that also owns the more upmarket Hotel Eiffel Trocadéro nearby. They use renewable energy, recycle as much as they can and use eco-friendly detergents.

Would I stay here again? Yes.