Richard Peace honks his way through road-testing the Hornit bike horn for us. 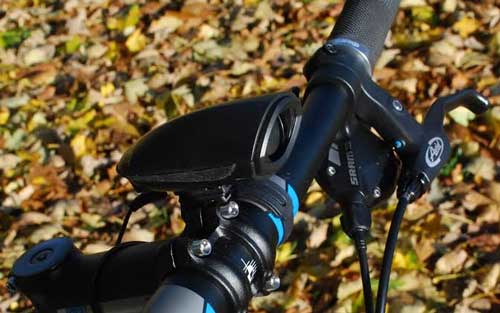 I'm rather in two minds about this mega-loud horn for bikes. For city cycling it could be just the thing to get you noticed when you most need to be noticed. To quote the Hornit's own PR: "At 140 decibels the Hornit is loud enough to be heard by drivers of cars, trucks, vans and buses and pedestrians so it gives the cyclist greater control over their safety, rather than passively hoping to be seen."

This is undoubtedly true; anyone hearing the piercing sound would instinctively look for the source of the sound. It would be interesting to see what a research body like the UK's Transport Research Laboratory would make of it in their 'real world' simulation tests and how drivers would react.

Our road tests showed it could easily be heard by those inside cars on a busy road and over the traffic noise by pedestrians quite some distance away. It went above the 99 decibel limit on my multimeter and I can quite believe that it reached 140 decibels; a level apparently equivalent to a gunshot blast or a close range jet plane take-off. 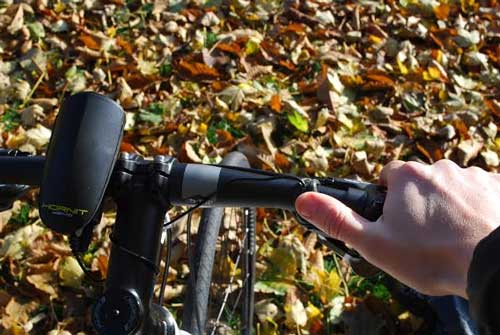 Its very high pitch piercing sound is presumably meant to be easily heard above the lower tones of motor traffic. One improvement might be for the designers to make it sound more like an extremely loud yet familiar ding-dong bicycle bell which might have more of the desired effect of making motorists think 'cyclist' rather than 'what the heck's that?'

Still, if I were a courier rider or cargo bike rider in London or Paris I might well still want this kind of 'last resort' safety aid, but riding in rural France it's hard to think of a scenario that would require it.

Quality wise it looks well made, the tough plastic horn unit quick releasing off the handlebar mount, though the quick release lever is rather difficult to get to for all but those with the smallest of fingers. (For super small fingers, there is an equivalent for kids, the Mini Hornit).

It's activated by a separate wire and button arrangement, meaning you can mount the button right next to your handlebar grip for ease of use.

The Hornit would vastly increase its appeal if it could double as a standard bell in some way, perhaps with a choice of cheery, altogether quieter tunes to alert others to your presence in situations where ear-splitting noise is not of the essence.

Despite my carping, this is a very effective 'does what it says on the tin' type product that some cyclists will love and others might object to various grounds, including that it take detracts from one of the bicycle's wonderful qualities: quietness.

Richard Peace is founder of Excellent Books, specialists in cycle publishing. He has made several tours of France and is author of Cycling Southern France (UK, US), Cycling Northern France (UK, US), and Electric Bicycles: The Complete Guide (UK, US). He is a regular contributor to A to B magazine, Bike Europe and writes for Eurobike Show Daily.

We have more product and book reviews here.