I stayed at Le Grand Hard, a hotel a few kilometres from Utah Beach on the D-Day Landing Beach peninsula, when I was cycling in the Manche department of Normandy. Here's what I thought of it.

This is easily one of the best bike-friendly hotels I’ve stayed at in France. It carries the accueil velo label, and justifiably so.

The hotel has its own fleet of mountain bikes for exploring the D-Day beaches, and you can ask for maps for the numerous offload trails in the area. Guided rides are also available on request – lots of cycling groups pass through here. There is a full bike workshop and plenty of parking. 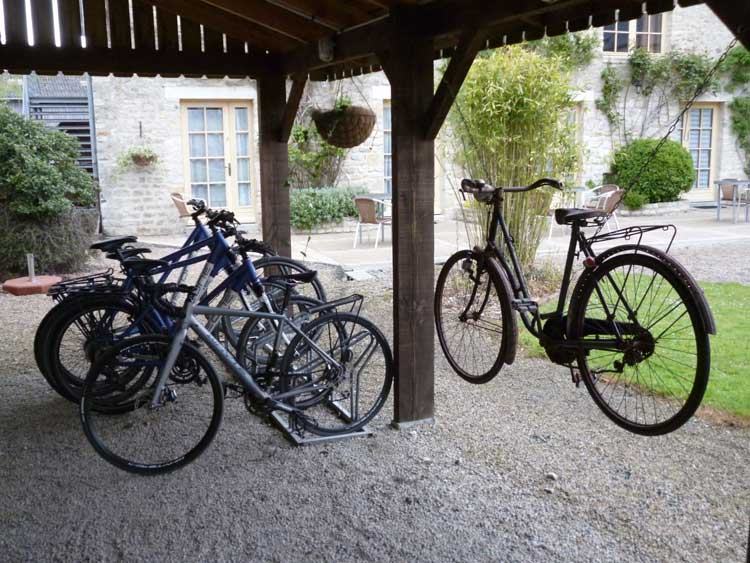 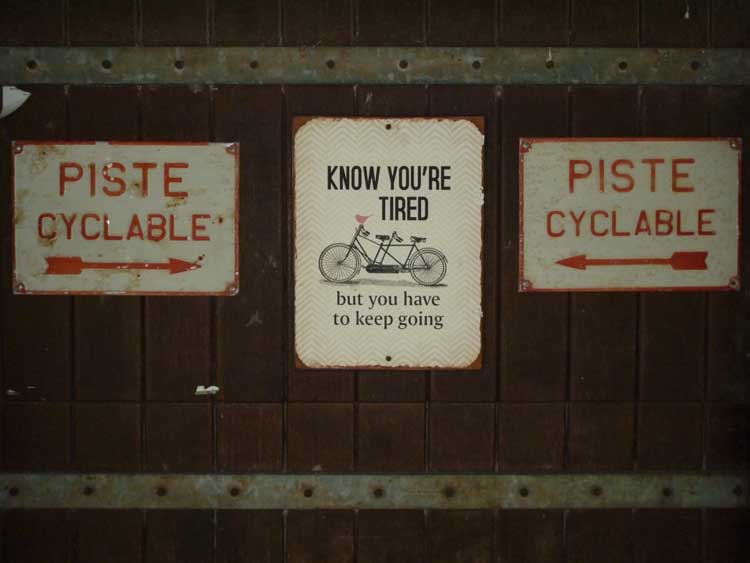 Le Grand Hard was originally set up as a small B&B specialising in hosting the equestrian fraternity, but as it has grown, it has diversified to concentrate more and more on people exploring local bike routes (the EuroVelo 4/Tour de Manche route runs nearby) and also on people visiting the area for the D-Day beaches.

When Jo and Katrien bought the place almost 20 years ago it was rundown and in a state of disrepair. They have faithfully restored it to its former glory – and then some. 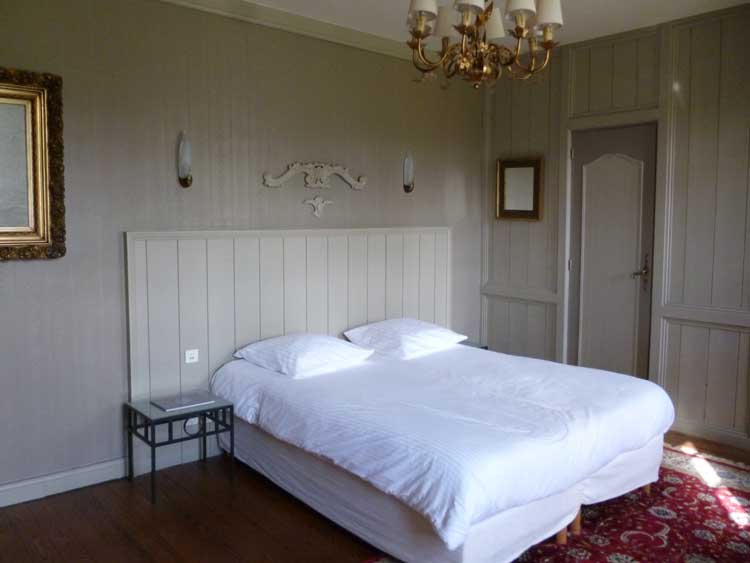 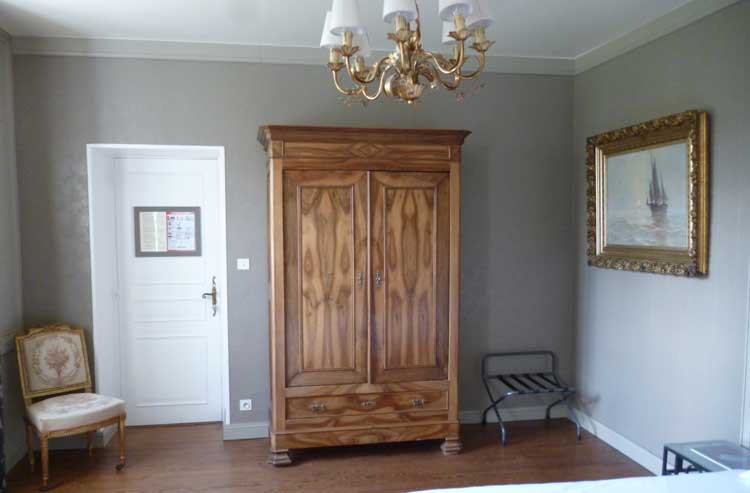 Granted the rooms cost more than your standard hotel (circa €100 for a double), but this is a tourist area, so you’d expect to pay more than an average city room anyway.

But you get what you pay for: the rooms are beautifully presented, the shower in my room was hot and clean, there was a kettle with tea and coffee supplies (and milk!!), and the wifi was fast and free (no dreaded wifi registration here).

Picking just 5 things to like is therefore a challenge, but I’ll give it a go …

1. The breakfast. Say what you like about rooms and showers, but a hotel that hosts cyclists can be 100% let down by its breakfast. Le Grand Hard is no such hotel. If offers a wonderful spread of cereals and yoghurts, the option for free range eggs cooked to order (I had mine perfectly scrambled), and a selection of juices and fruits. 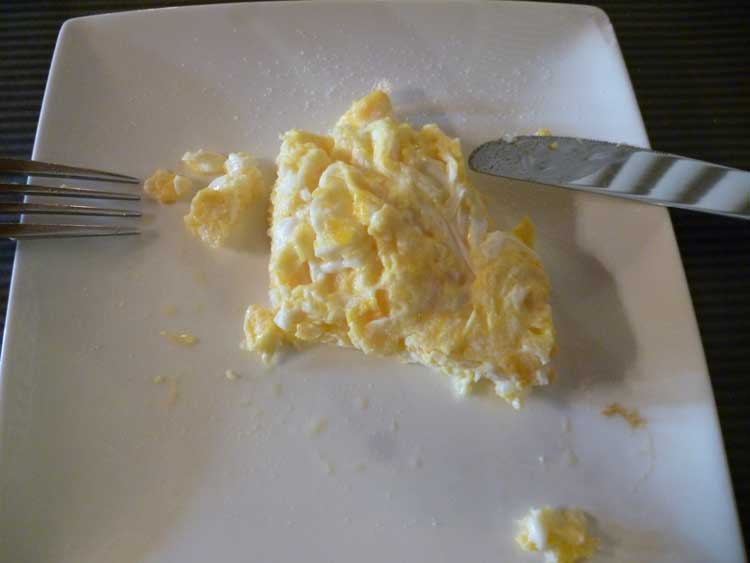 2. Location. Just a few kilometres from the gentle waves of Utah Beach, this is an ideal base for exploring the the D-Day sites at the western end of the landing beaches. On my ride here, I stopped en route at the Musée de la Liberté Retrouvée at Quineville, the excellent Airborne Museum at Sainte-Mère-Eglise, and then at Utah Beach itself. From Le Grand Hard it's around 47km to the American cemetery at Colleville-sur-Mer, 44km to Omaha Beach or 33km to the German cemetery at Le Cambe.

3. Setting. After a day of visiting war sites, the tranquil setting of Le Grand Hard is hard to beat. It’s peaceful here, set among the trees, and an ideal base for a journey of remembrance.

4. Friendliness. The people here are nice. There is a real international feel, with the hotel seeing so many international visitors to Utah Beach – predominantly Americans but also lots of English people and Germans. 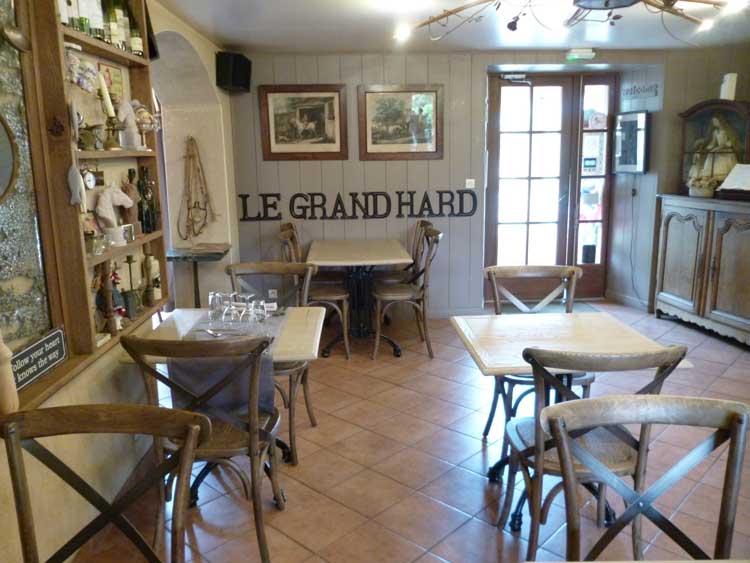 5. The restaurant is truly superb, serving regional produce to an excellent standard (the wine list isn’t bad, either, with a good selection of France’s best appellations for all budgets). The quality of a restaurant (and its affordability) is important when you’re staying somewhere so isolated (eating elsewhere really isn’t an option in this area), and the menu here is filled with a few different set menu options, as well as a la carte.

When can I move in?