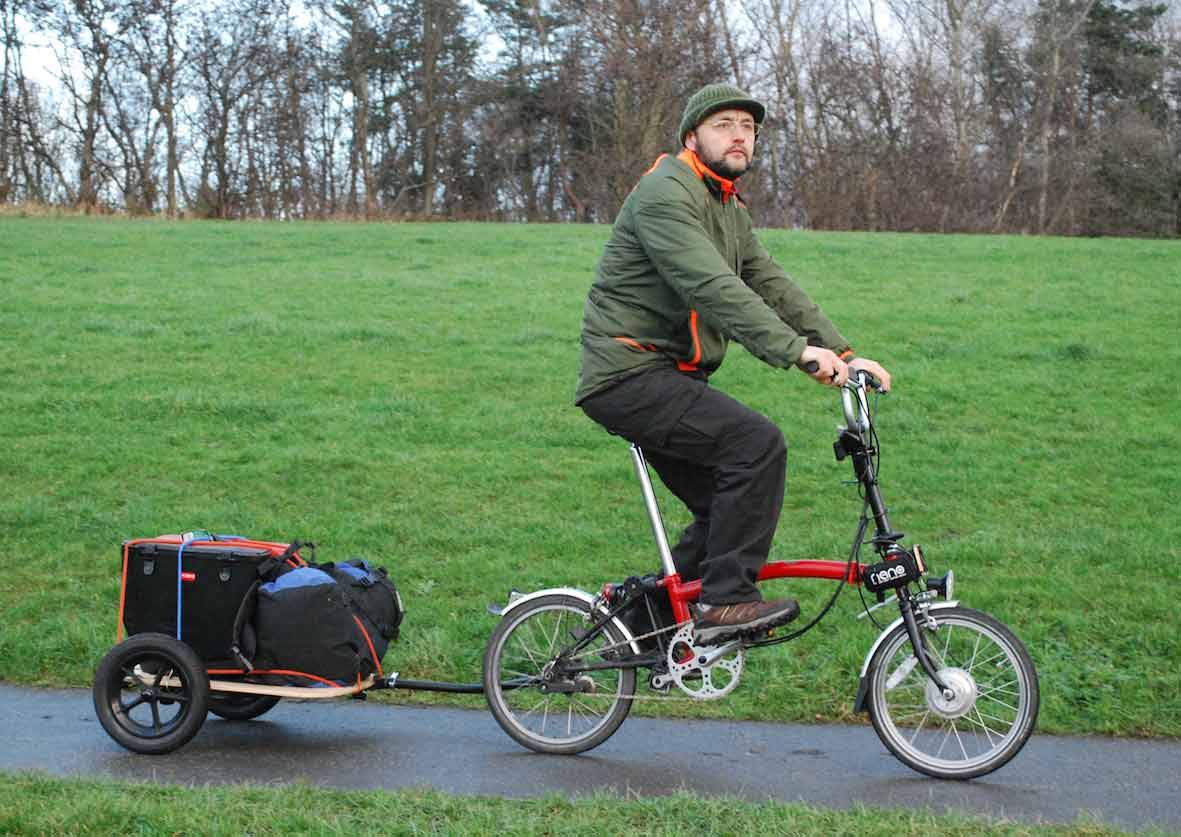 Cambridge­-based Circe make a range of family and utility bikes and accessories and I have just tested their folding trailer, the Atlas.

This flatbed trailer has a neat and clean-looking plywood base with plenty of holes in for bungee hooks and straps. The 12” wheels come off at the push of a button and the metal frame comes apart by via large handscrews, the whole thing folding into a bespoke bag some 76cm x 34cm x12cm. 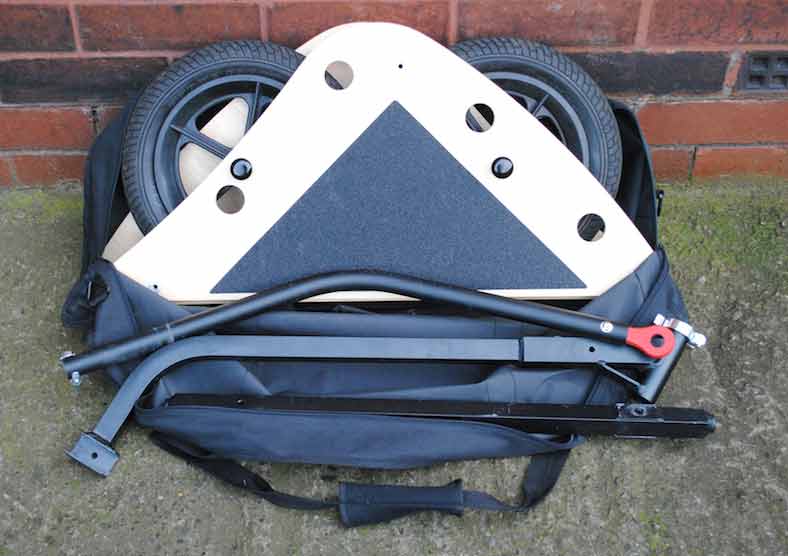 The trailer folds down into its own carry bag.

The unfolded loadbed size is around 65cm x 58cm with practical sandpaper style grippy finish and once the frame and wheels are off it folds along two sets of hinges to provide a handy 'envelope' for all the parts to sit it in, the wheels cleverly locking into the folded loadbed together for storage and transport. 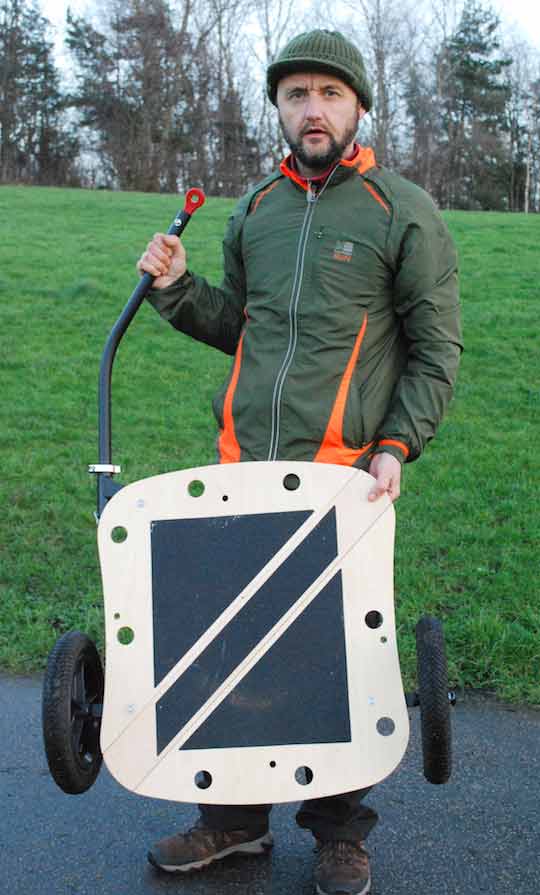 The trailer is lightweight on and off the road.

The trailer on the road

I towed weights up to 30kg on both a 700C-wheeled bike and the 16 inch-wheeled Brompton and the trailer worked very well with both wheel sizes, as the towbar can be rotated to sit at different heights and the red flexible plastic 'lollipop' hitch also allows plenty of angle adjustment.

I found the tool­less and very quick fold an ideal complement to the Brompton in particular, and I intend to make an Atlas my main carrying system for longer Brompton tours, as it will accompany the Brompton on Eurostar and French and continental trains quite easily and allow me to carry a full camping load.

The width in use is around 78cm; wider than many cargo bikes which will negotiate urban pinch points better (though for touring in France this shouldn’t be so much of an issue as their routes are less prone to very narrow 'access controls' on cycle paths than the UK).

The trailer felt smooth and easy to ride; so quiet and easy you just have to remember it is there when you go around corners as you do with any trailer.

My only gripes were lack of an attachment point for a light at the back and some kind of high­viz markings on the side plus some rather stiff quick­release clips (though no doubt these will ease up in time). 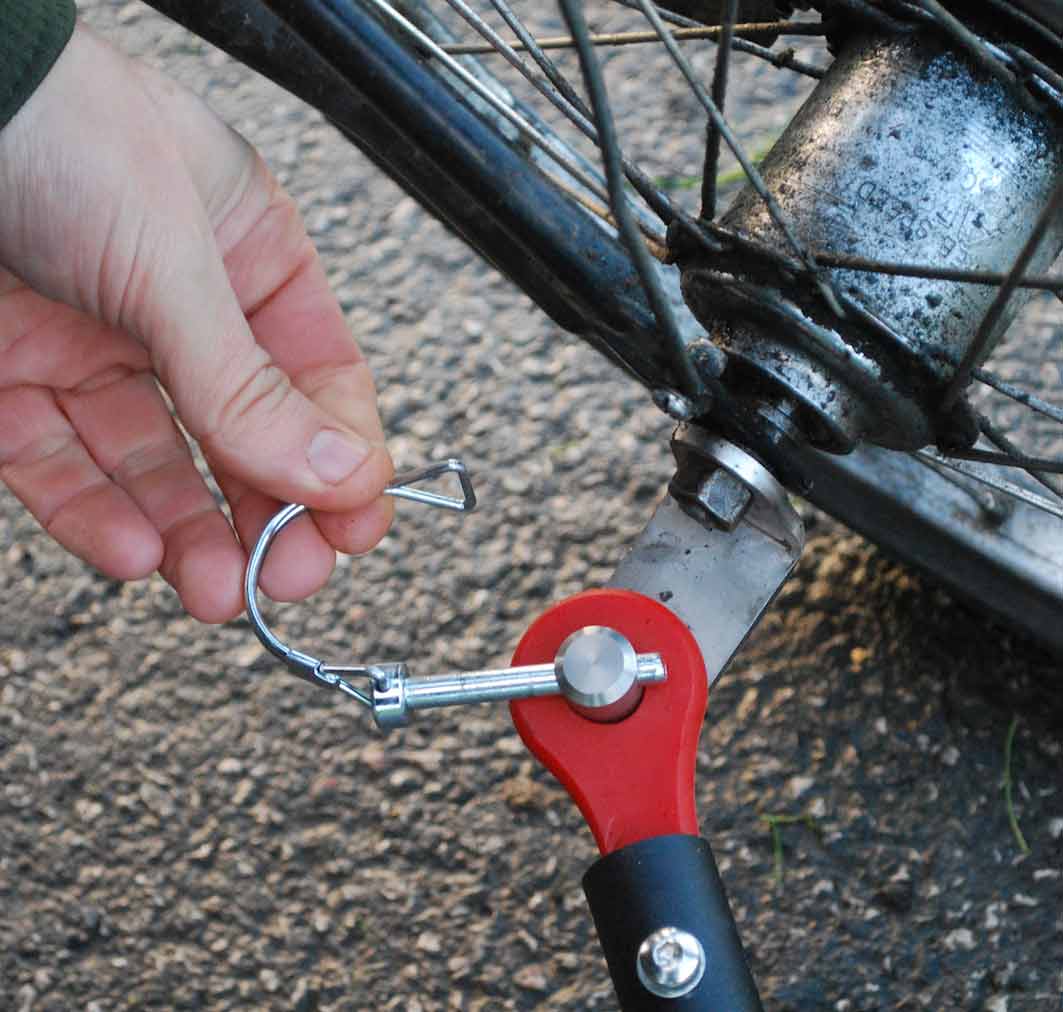 At a shade under £200, the Atlas is at a similar price to its most direct competitor, the Carry Freedom (available from Chain Reaction Cycles). The latter doesn't fold but is rated to take up to 70kg in weight (though the Atlas will no doubt take more than its 30kg rating). Another potential competitor, the Burley Flatbed trailer will set you back at least £220 and has a less robust-looking construction and doesn't fold. So, the Atlas is right up there with its competitors – and it has the added advantage of folding quickly and easily for 'multi­modal' transport.