Greig Leich's Book de Tour is a detailed artist's impression of every stage of the 2014 Tour de France. Julia Stagg has this review. 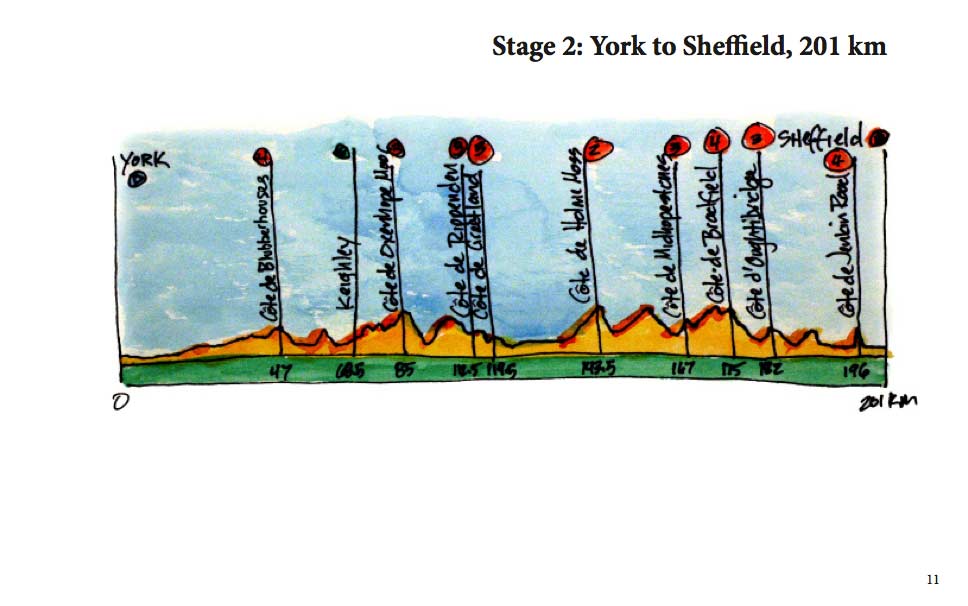 I must confess to being intrigued when I was approached with the offer to review Book de Tour by Greig Leach. An art book based on the 2014 Tour de France and published in part thanks to a Kickstarter campaign? I didn’t really know what to expect.

It’s big, for a start! An A4-sized hefty tome of two hundred plus pages detailing, and I mean detailing, each stage of this year’s Tour. But the details, rather than being in heavy prose, are in watercolours which depict key points from the race as it evolved. 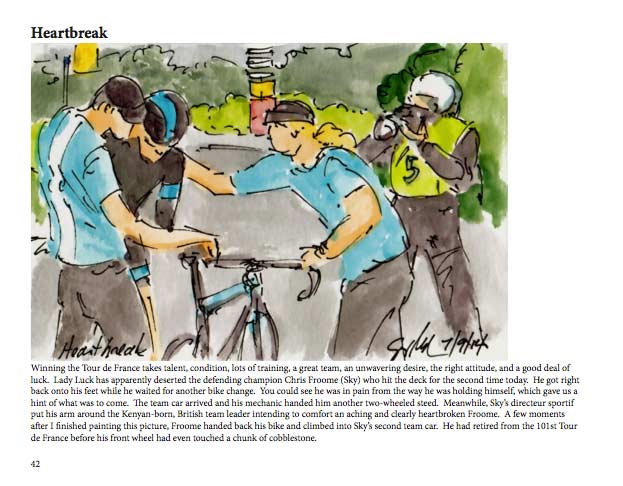 Froome’s crash; Contador’s farewell; Nibali’s victory. All there, caught by Leach’s brush as he watched the Tour speed across his TV screen back home in the USA.

Organised by stages, each section begins with an illustration of the race profile for that day followed by eight or nine paintings of the cyclists in action, and concludes with a helpful roundup of results and jersey-holders in pictorial form. And underneath each watercolour is a paragraph of text, giving context for the pictures. 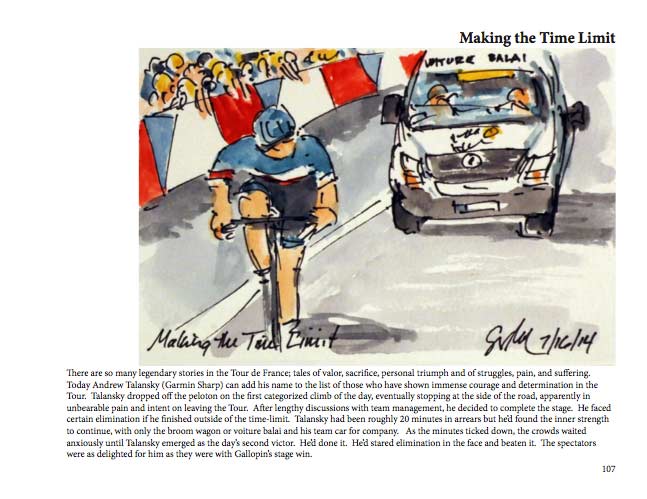 Talansky makes it home after struggling in the mountains.

There’s no denying, Book de Tour is an amazing achievement. An account of three weeks of cycling, caught in real time by the artist’s strokes across the page. But, with Christmas around the corner, would it make a good present for the cycling nut in your life? 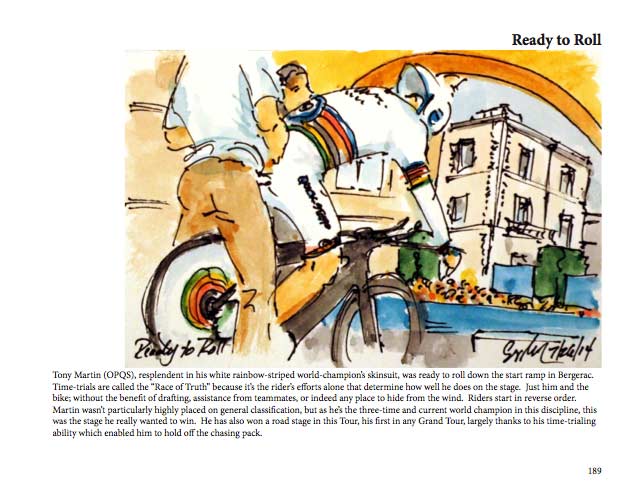 That’s where I’m torn. I can appreciate the effort and talent that went into this book. And I can marvel at the attention to detail, even minor disputes between cyclists being captured by Leach’s sharp eye. My only caveat is that Book de Tour might be too broad-brush for die-hard fans. Its Lycra-clad heroes are often only identifiable thanks to the adjoining paragraph, and the text and glossary were clearly written with the novice Tour spectator in mind. 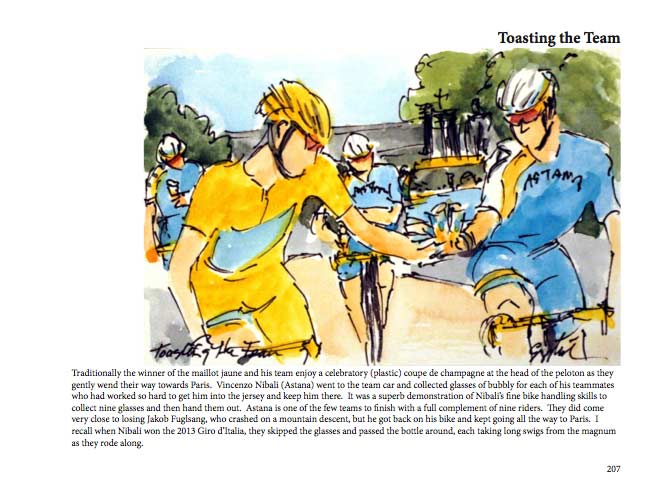 Nibali toasts his win into Paris.

That said, Leach has built up a solid following of fans from the cycling world, Alberto Contador even including one of Leach’s watercolours in his message of thanks to his team as he abandoned this year’s Tour. So perhaps I’m in the minority. But one thing is for sure, Book de Tour is certainly unique! Chapeau, Mr. Leach, for what is a monumental work of art.

Julia Stagg writes fiction set in the Ariège region of the French Pyrenees, an area she discovered through her passion for cycling. Her latest novel, A Fête to Remember, is available now, published by Hodder and Stoughton. You can join her on Facebook and Twitter.