The final round of the 2014 UCI Mountain Bike World Cup Finals will be held in Méribel, August 23-24. 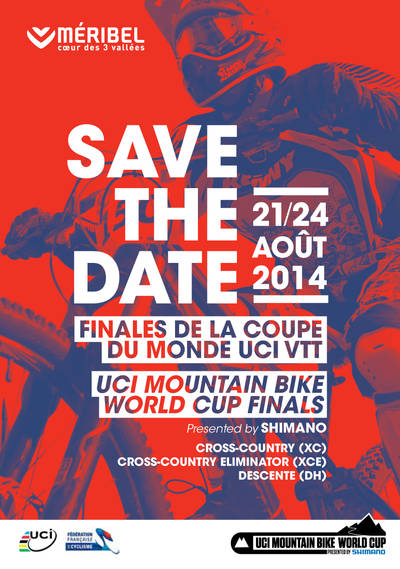 It’ll be the first time in 12 years that the World Cup Finals have been held in France. Riders from all disciplines will ride Meribel's world reknowned mountain bike (or VTT) routes.

The Meribel meet will be the final prelude to September's UCI Mountain Bike World Championships in Norway.

The first of 7 World Cup rounds will start in April 5-6, Pietermaritzburg in South Africa in April (see full schedule below).

Meribel has been a French Cycle Federation 'labelled' mountain biking site since 1998. It now has more than 100km of marked circuits. The gondolas work through summer carrying bikes up into the mountains, giving riders access to longer drops.

If you can't make the World Cup weekend, Meribel also hosts an annual mountain bike weekend (keep an eye on the official website for updates), with the 2014 event scheduled for July 5-6.

Zoom into our map below to see accommodation in the Meribel and Three Valleys area. In particular, see Chalet Champêtre, run by bike-friendly Mary at Meribel Apartments.