Outdoor guidebook specialist Cicerone has published a guide to the Moselle Cycle Route. 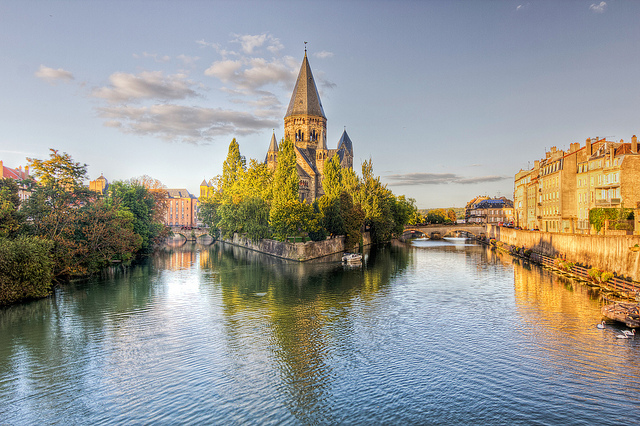 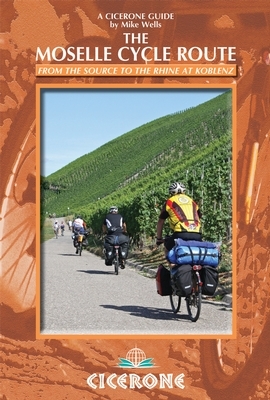 The Moselle Cycle Route book covers the whole length of the Moselle River, starting at its source in the Vosges Mountains in eastern France to where it meets the Rhine at Koblenz in Germany.

The book is written by Mike Wells, who also wrote Cicerone's guide to the EuroVelo 15 Rhine bike route. (You can read Mike's article for us on the French part of the Rhine River route).

As with the Rhine book, the Moselle one is intended for cyclists of all abilities – the 512km route is waymarked and most of the route is on decent, well-surfaced bike paths and tracks (in general the recommended route follows established French and German cycle networks). Some roads are used, but they're mainly quiet country roads rather than highways. 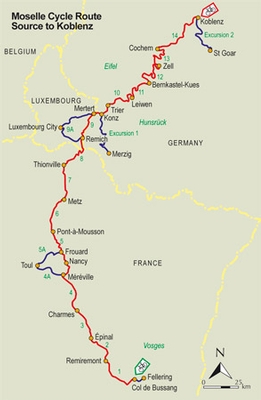 The Moselle River route takes in Nancy and Metz before crossing the border to Luxembourg and on through the Mosel gorge. And a bonus for riders who aren't so keen on hills is that's it's all downhill from the source near the Col de Bussang to Koblenz, where it links with the Rhine river and its bike route.

As with his Rhine book, Wells has weaved day rides into the Moselle guide, making the book useful for people who want to follow the entire route, as well as for weekend and holiday cyclists.

This book is broken down into 14 stages, each averaging a little over 36km, meaning the whole route can be cycled in around a week if you're reasonably fit and can manage two stages a day, or two weeks for single-stage days.

Mike Wells advises leaving two weeks to pedal the whole route if you are keen on taking sidetrips and seeing the sights.

The book includes accommodation options and local tourism contacts for the entire route, plus maps for each stage and a useful glossary of French and English bike and travel terms and phrases.

The Moselle Cycle Route guide is available from Cicerone.