Learn French while cycling in the Alps

I learned about something last week that resulted in one of those moments when you think, 'that makes so much sense'.

Super idea: @AlpineFrenchSch has French courses COMBINED WITH CYCLING in the Alps!!! The most sensible thing I've heard all week.

Helen Watts at the Alpine French School had been in touch to tell me that she was now offering French lessons in conjunction with road cycling or mountain bike holidays at the school's Morzine base.

The school has a range of residential courses on offer in Morzine, with accommodation offered in self-catering apartments or with local families. The holidays are structured so as to provide intensive French lessons, alongside allocated free time for self-guided rides around the Morzine area (Joux Plane, Avoriaz, Ramaz). For mountain bikers, there are more then 650km of marked trails, with guided and self-guided options available. 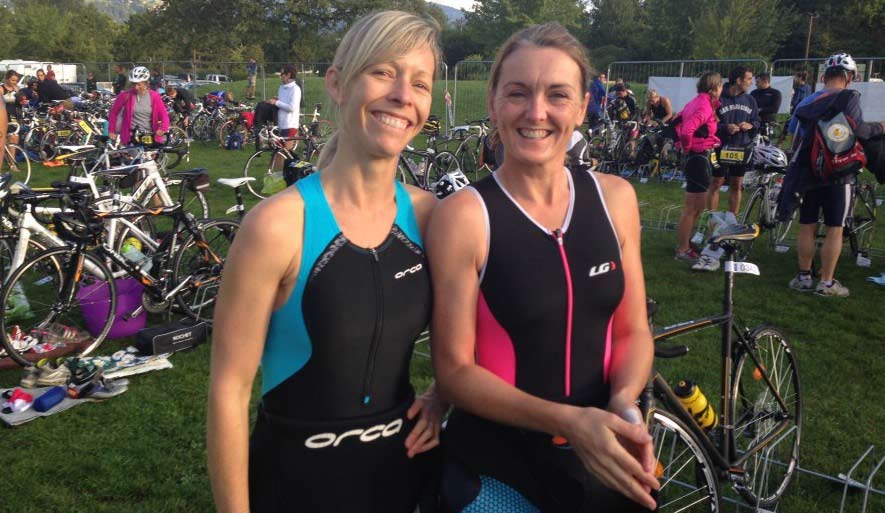 Here's Helen (left) pictured with Lisa Dodd from Ride and Slide, who did triathlon training with Amelia Pearson, from Tri4theAlps, another company on our Alps cycle tours list. Amelia took lessons at the Alpine French School to polish up on her French.

It turns out Helen, who originally founded the school as Lost in Translation before rebranding it with an emphasis on the mountains, is something of a bike nut and lifelong cyclist.

"Basically my dad was a road biker, so I grew up around bikes and I can't remember not being able to ride a bike," Helen told me. "My childhood was spent riding around the local roads and then, later on, local trails.

"I mountain biked throughout my teenage years in the UK. I then went on to do seasons in Whistler and in the French Alps, snowboarding in the winter and mountain biking in the summer.

"I eventually settled in Morzine and it was only then that I started road biking too. I bought a road bike as I wanted to do a triathlon and it soon became my preferred discipline of the three.

"I love cycling the cols in the area and discovering new routes. I set up Alpine French School in 2003 and we have grown steadily since then.

"We're really pleased (and I'm personally really excited!) to be offering the French courses combined with activity holidays including mountain biking and cycling.

"I'm really excited about introducing people to the French language – or to help them improve their existing French skills – while also introducing them to the great mountain biking trails and cols of the area."