A cycling weekend at Lacanau Ocean

Not even a wet Saturday afternoon could ruin our recent weekend of cycling around Lacanau Ocean.

With our mini-cyclist now regularly cracking the 15km mark on day rides, we're finally getting out and about a bit more for some longer bimbles on our bikes.

It still takes a little planning to ensure we don't exhaust her legs mid-way through a ride, but we're getting better at it.

We spent last weekend riding through the forests around Lacanau Ocean, which is a little over an hour by car from our house. I'd been told that the Pierre & Vacance self-catering holiday village was very cycle-friendly so, despite the rain clouds that the usually reliable people at Météo-France had forecast, we thought we'd go and check it out. 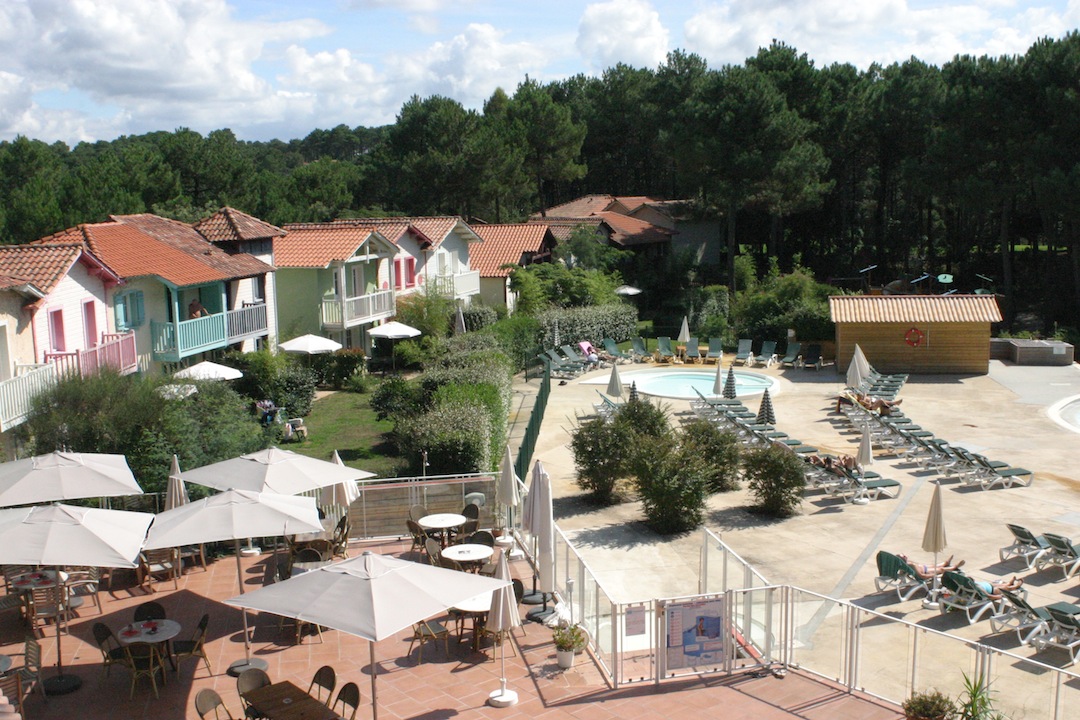 We arrived to find a chocolate box village of individually coloured houses (pink was the obvious favourite with our mini-cyclist, who was wearing a jacket and skirt to match).

The village is a mix of apartments and houses sleeping up to 8 people. There is bike parking throughout the village, and bikes can be taken indoors at night if you're wanting the comfort of having your wheels close at hand.

For mini-cyclists there is also an exceptional kids' playground area that has climbing frames, slides and swings that are well-designed and safe for little people of all ages (and their mums...)

We hired bikes from the bike cabin, which was hard to miss given there were dozens of shiny bikes lovingly parked side-by-side outside the shed, plus a machine hanging from the ceiling in the workshop. Bike hire was €11 for a day or €20 for the weekend for an adult's bike (cheaper rates for longer rentals), and €16 for a trailer for two days. They also have child seats, but with the clouds gathering, we opted for the chariot. 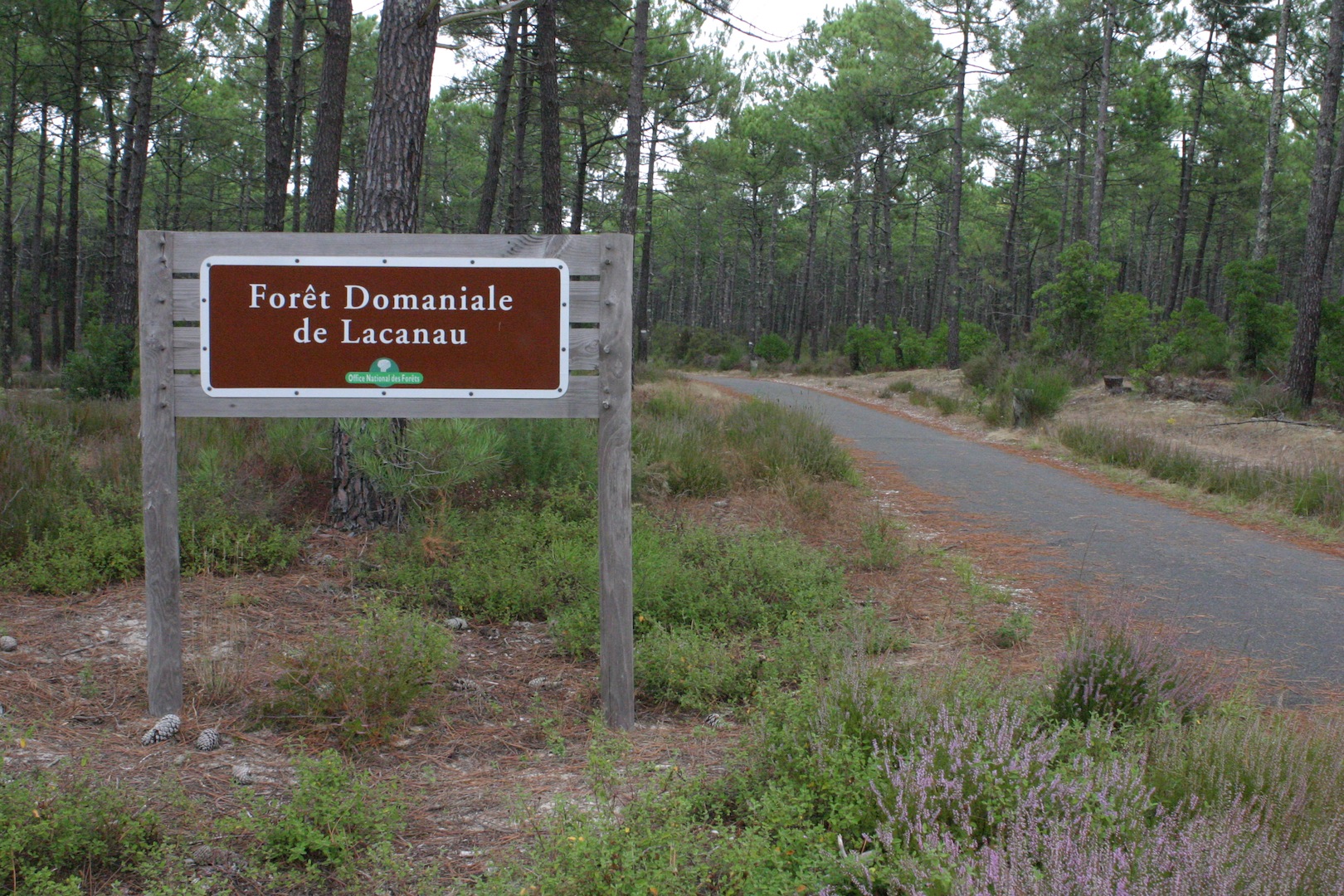 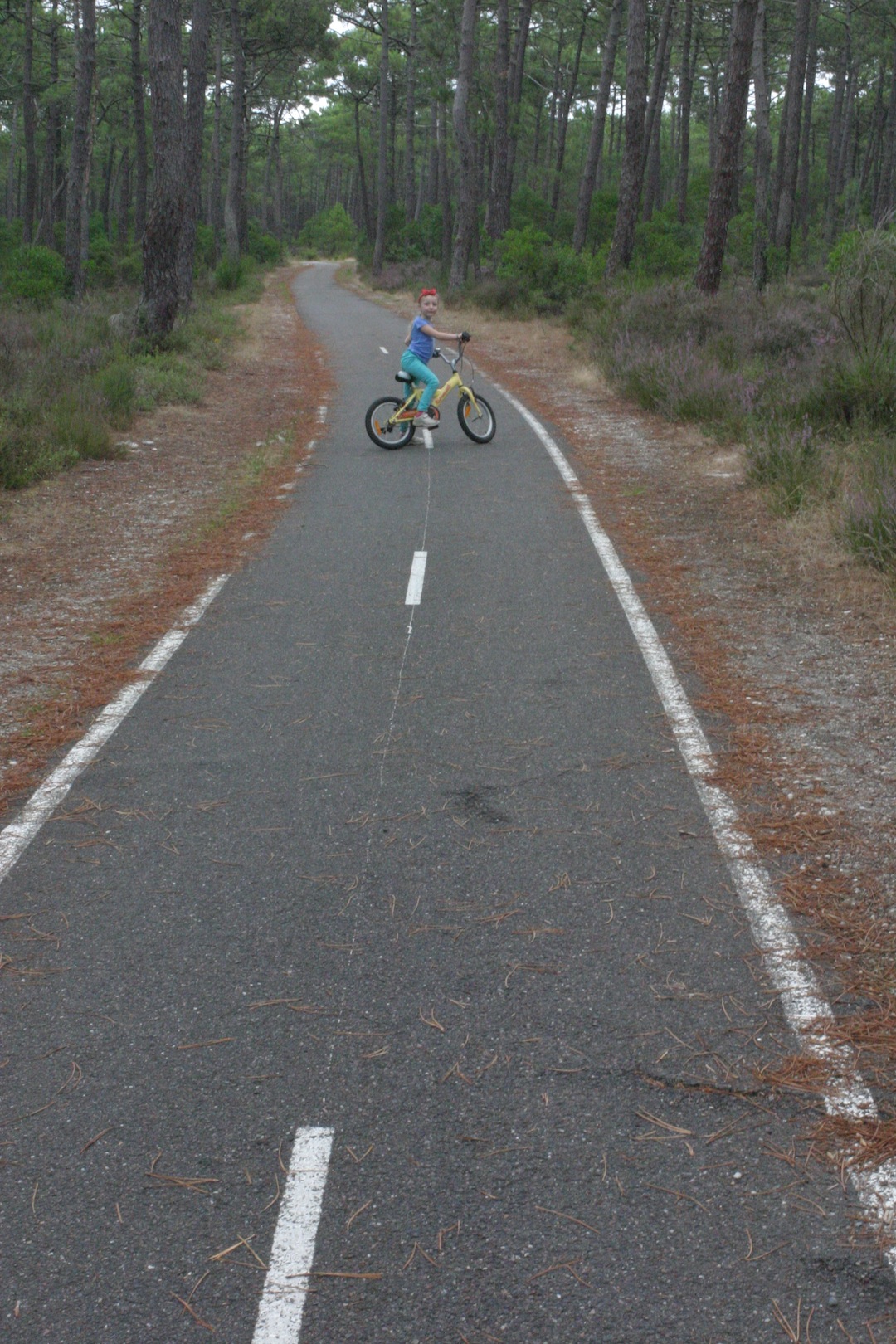 On the Saturday we followed the local bike paths for around 2.5km from the apartment to Lacanau Ocean, where we had a brief pit stop to watch the waves and scope out ice-cream shops for later. We then followed the forest route north towards Carcans for another 4km.

The path here is lovely and smooth, signposted, and difficult to miss from the town centre.

Seven kilometres from Lacanau it links up with the Boucle des Cavalles, a 12km circuit that takes you from Carcans to Maubuisson, along the shores of Lac de Carcans and back around to Carcans.

With dark clouds forming and little legs tiring, we headed back to Lacanau before we made it as far as the Boucle des Cavalles.

After an ice-cream and a siesta, we made it to the kids' adventure playground at the holiday village before the rain set in. 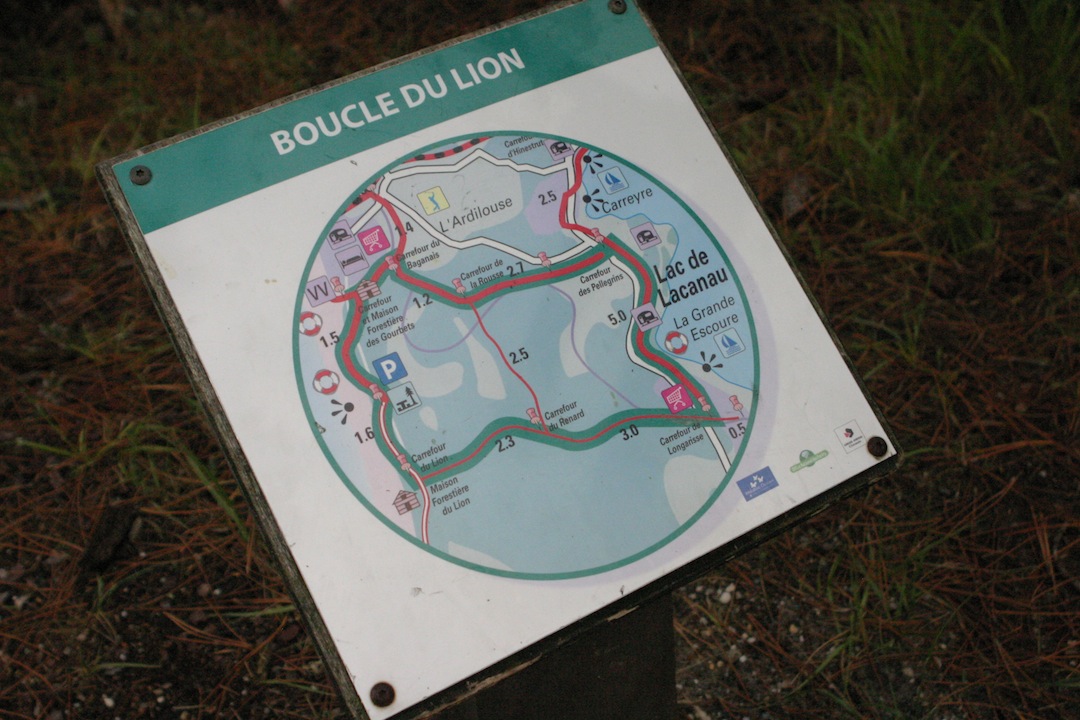 On the Sunday we tackled the 18km Boucle du Lion (see here to download a map), which starts just south of Lacanau town. The first 3.5km south along the coast now form part of La Vélodyssée. 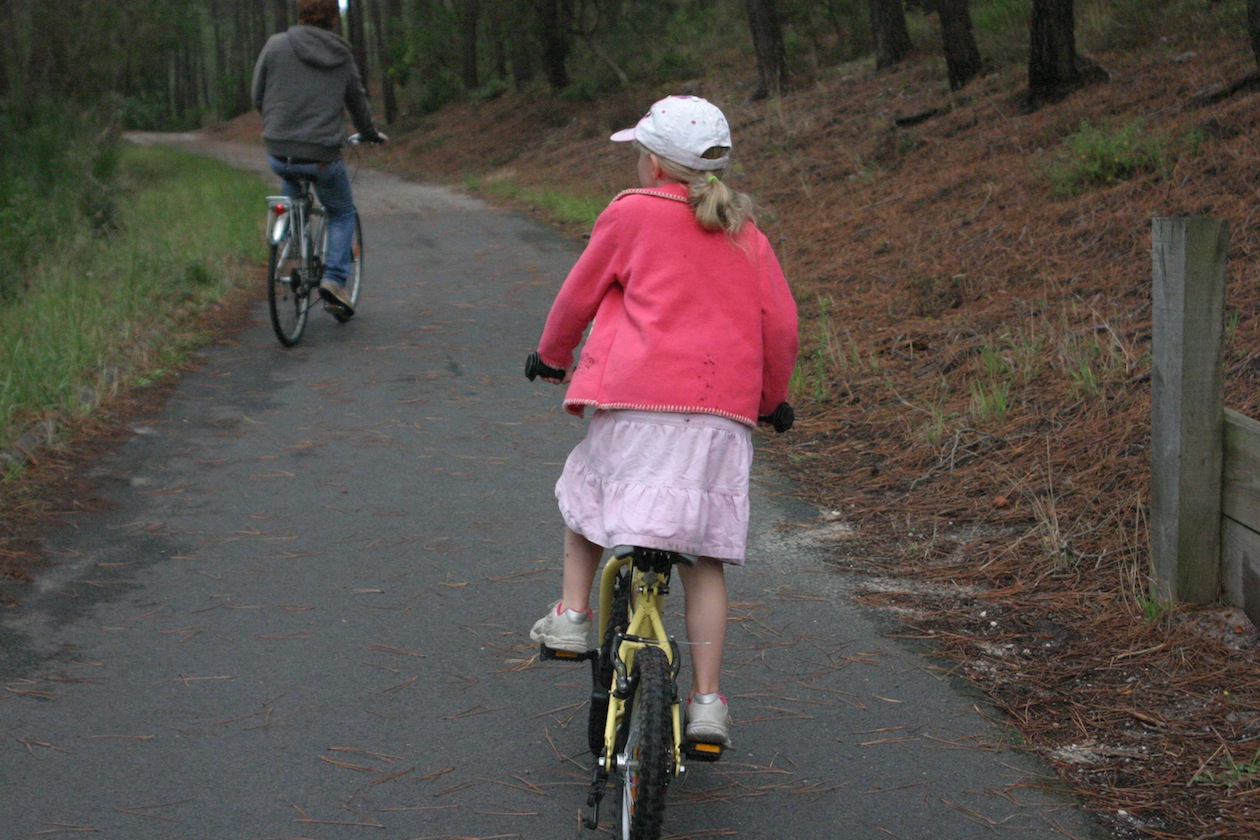 About as tough as the going gets. The Boucle du Lion route is generally made up of flat forest tracks. 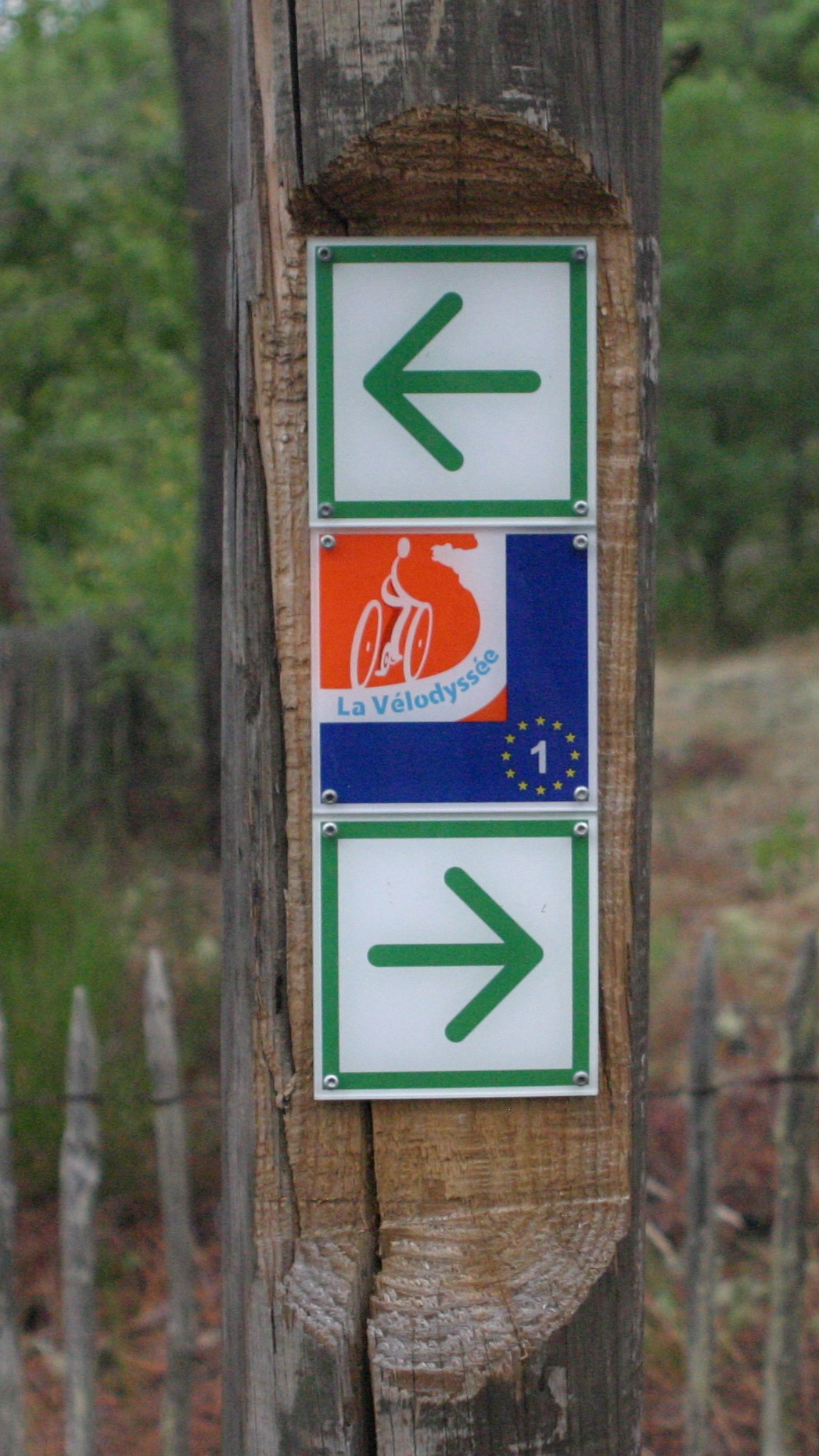 This section of the Eurovelo 1 Atlantic Coast bike route is signposted and well-developed, following dedicated paths with the odd stretch of old forest road. These are a bit bumpy in parts (I had a few moans from the trailer) but generally nothing to complain about.

The first stretch of the inland path away from La Vélodyssée, however, is concrete and quite narrow. In sections, both trailer wheels struggled to stay on the path, and I had to get off and push. It's only a short stretch, however, and the peaceful forest surrounds made for an enjoyable push.

The Route du Lion is circular; after it leaves La Vélodyssée, it's a 5km ride to Lac de Lacanau before hugging the lake for another 5.5km and jutting back through the forests to Lacanau Ocean.

There are two north-south short cuts through the forest if you want to save time or miles, the second forms part of the GR8 walking trail. 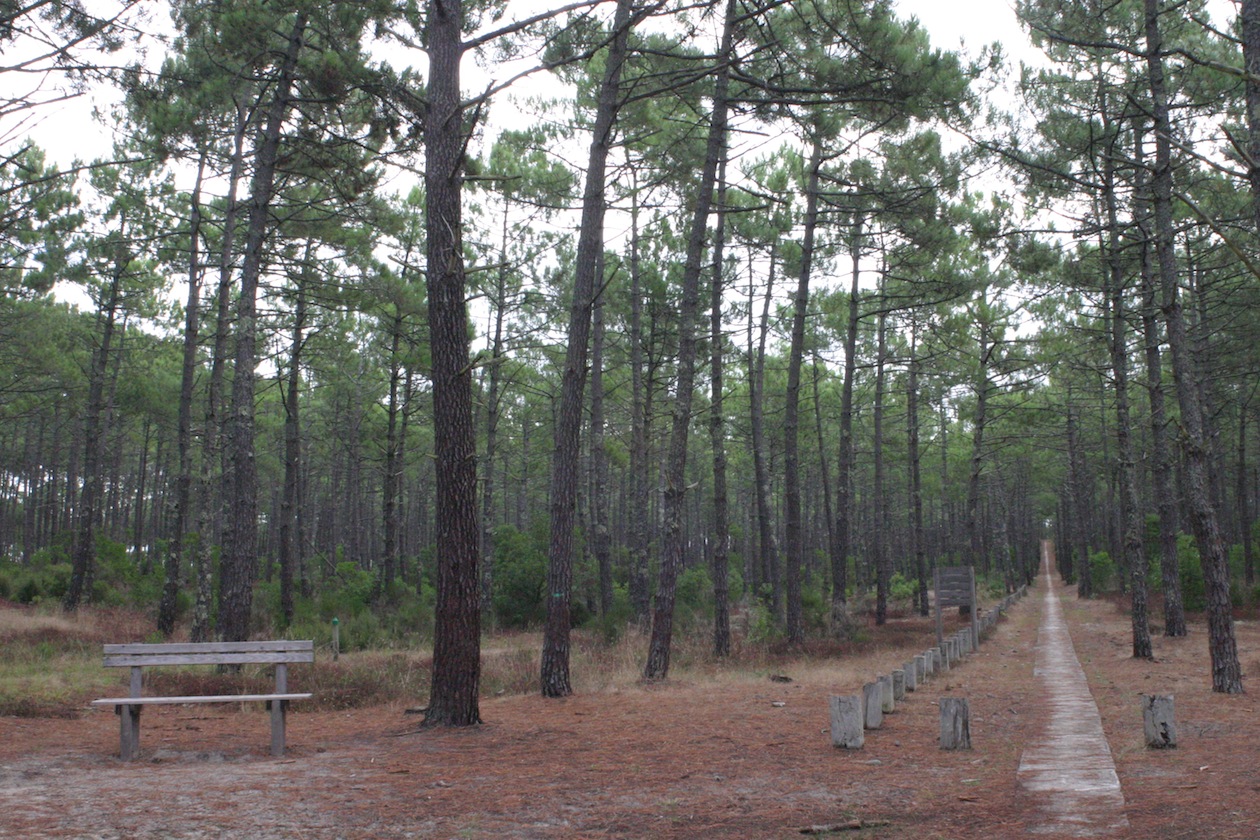 The narrow concrete path leading away from EuroVelo 1.

This is a good, family friendly route. It's only 18km, but it's easy enough to mix and match it with other local routes to create a longer day ride or make it part of a longer tour.

See our Medoc Coast article, which covers Lacanau Ocean, as well as Carcans and Hourtin. It includes information on bike hire and accommodation ideas.