La Vélo Francette has been voted European Cycle Route of the Year 2017 – and for good reason. 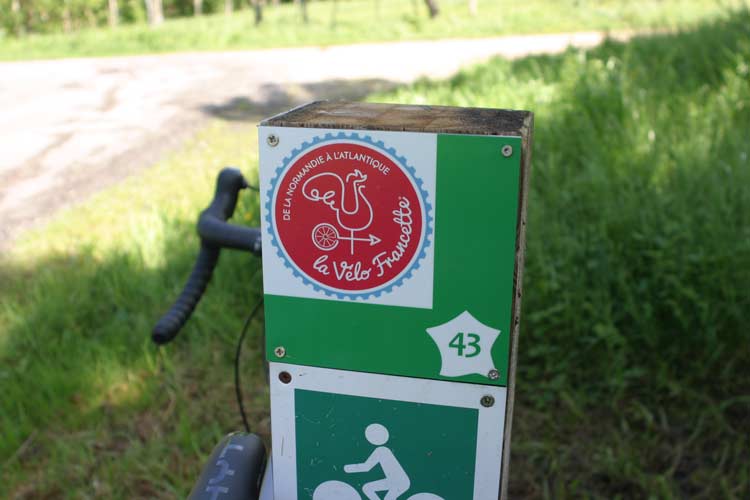 We cycled La Vélo Francette back in 2015, just a few months before it officially opened. We loved it then and we still think it's one of the best bike routes in France – with the exception of a few small sections, the entire route is family friendly, it contains a great mix of dedicated bike trails and shared roads and it passes through some diverse landscapes.

And we're not the only ones who like it.

The route – which links the Caen ferry port in Normandy to La Rochelle in the Charentes-Maritime department of Nouvelle-Aquitaine – has been voted European Cycle Route of the Year 2017 at the Dutch 'Fiets en Wandelbeurs’ cycling and hiking fair in Utrecht.

The judges described the route as "a beautiful route through varied landscape predominantly over greenways, voies vertes, on former railway tracks and towpaths along rivers and canals. The path is fully marked, easily accessible by train, provides plenty of good accommodation and is suitable for young and old.”

La Vélo Francette beat 16 other bike routes – including the Loire River route and the ViaRhona. The award is decided by a jury of cycling guidebook authors.

The route covers some 630 kilometres, taking in the beautiful marshes of the Marais Poitevin (or "Little Venice") north of La Rochelle (the entire marshland actually crosses the departments of Vendée, Deux-Sèvres, and Charente-Maritime), the wonderful, flat Mayenne river towpath, and the section of the Loire valley route between Angers and Saumur before heading into the green landscapes of Normandy.

You can potter along and do a few kilometre or cycle the whole thing – you decide!