Should you pay for bike parking at a hotel? (Your answer should be a very loud NO!)

Should you pay to store your bike overnight at a hotel? Here's why your answer should always be 'NO WAY!' 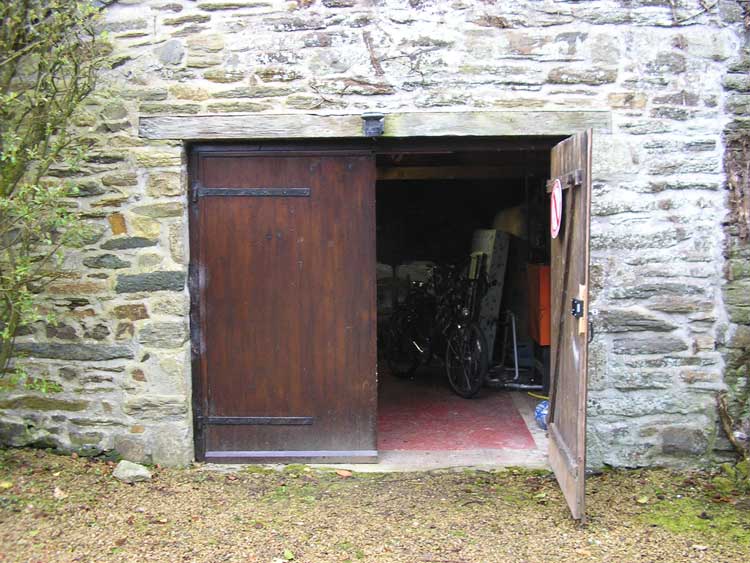 The lockable shed used for bikes at Manoir de Coatudual in Brittany.

Safe bike storage at hotels, B&Bs and gites in France is something I spend a lot of time on – I'm often asked for accommodation recommendations and safe storage is always non-negotiable.

It's a recurring theme, and I've written about it before; I've even got a whole page of advice for accommodation owners wanting to attract more of us. I've also got this page on places I've stayed with safe (and free!) bike storage.

Self-catering accommodation is less of a problem than hotels and B&Bs as I generally find cottages, apartments and converted barns have a laundry, utility room or lockable barn/shed for bikes. Often they'll just let you leave bikes in a communal hallway, under the stairs or in a corner of the living room – this is ideal.

Hotels and (sometimes) B&Bs are less flexible. (But not the one below). 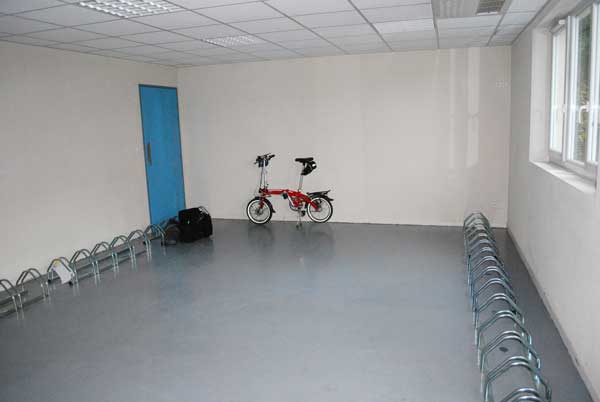 I had a lady in New Zealand last week looking for some hotel recommendations in Corsica for her cycling holiday in France this summer. Specifically she's going to Bastia, and although I had one good option on the website here, she was keen to see some other options too.

So I contacted a few hotels that were on my radar to check their bike storage setup and, on two occasions, I was told there was an overnight surcharge for bicycles.
Update: a third hotel (this time in the Champagne region) also told me they charged – a whopping €9 a night.

I've had this before in France, but it baffles me every time.

In fact, it makes me downright irate.

A #Corsica hotel says it's €6/bike for storage. NOT how to attract #cyclists! Own a hotel, B&B or gite? Read this > https://t.co/I1DqX31i1C pic.twitter.com/YGeV0qXbJc

I'm wondering if they charge to store suitcases, skis, umbrellas, and smelly socks as well. I'm thinking not. https://t.co/41TDvaLYgN

Why cyclists SHOULD NOT be charged for hotel bike storage

My thinking is that if hotels don't charge for excess/oversized luggage, golf clubs, skis, or any other manner of stuff, then they shouldn't charge for bikes, either.

As with free wifi (don't get me started there, either, about hotels that charge), the storage already exists and it costs the hotel nothing to put your bike in it.

You're not charged for electricity or for the water you use (these are included in the nightly rate), so why should you be charged extra to use existing storage facilities?

I understand hotels have insurance costs, but I suspect (I'm not insurance expert) that it costs no more to ensure bikes are covered than it does a car in the parking lot or jewellery in a room.

Bikes take up little room (especially compared to cars – though even then I'd argue parking should be complimentary if it's on site).

Furthermore, a bike-friendly policy encourages cyclists to use (read: spend their money at) the hotel the first place.

I won't name and shame the hotels that charge – they probably have a reason to justify their decision and it is, after all, their business if they don't want cyclists to stay.

There are other options out there. Here are all the hotels, B&Bs and self-catered places in France that I've so far confirmed have free, safe storage.

So we have options.

It's NOT acceptable to charge us for bike storage.

We SHOULD NOT support accommodation providers who do.

Will NOT be recommending them to cyclists! (Oh dear, I'm starting to tweet/rant like Trump). https://t.co/vTrqpxmrJ4

See here for some of the holiday accommodation I've parked my bike FOR FREE across France.