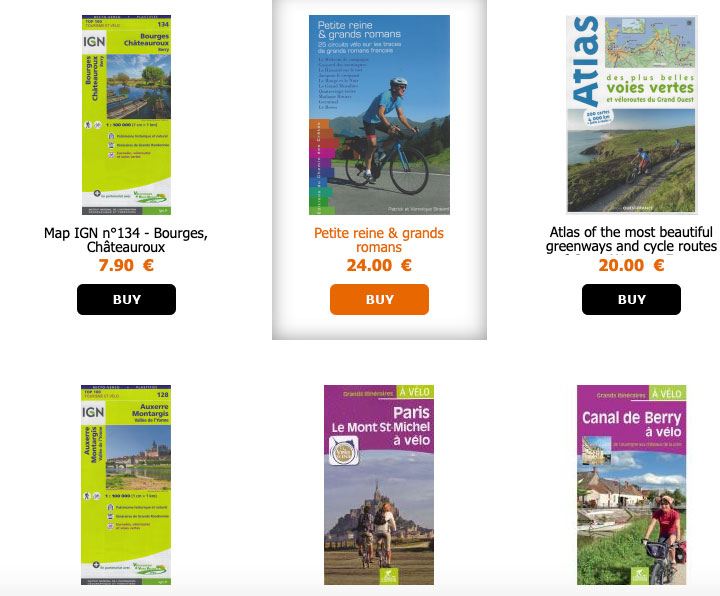 We've written previously about the online Stanfords Travel bookshop, which has an excellent range of English-language cycling guidebooks, as well as Michelin and IGN maps for France.

For a wider selection of cycling guidebooks in French (and some in other languages including German and Dutch), there is the CartoVelo online store.

They sell not only guides for French routes but also guide for other country specific and continental routes, including guides from publishers like Bikeline, Chamivelo, Ouest France, Huberverlag and Petit Futé.

The site is easy to use and has an English version; you can search by either publisher or route/region.

They ship throughout the world (the 'livraison' info at the bottom of the page only has European Union delivery prices but you can add worldwide addresses to your order once you have put a product in your bastet. I tested shipping to Australia, which was very expensive, though it becomes more affordable the more maps/books you buy).

See here for their full range of books.