Dispatch from Bolivia: Cycling the world's most dangerous road

OK, so this has nothing to do with France, but when I heard my mate Kim Smith had just ridden Bolivia's Death Road (on a mountain bike with solid suspension and sturdy brakes...), I couldn't resist asking her for a guest blog. 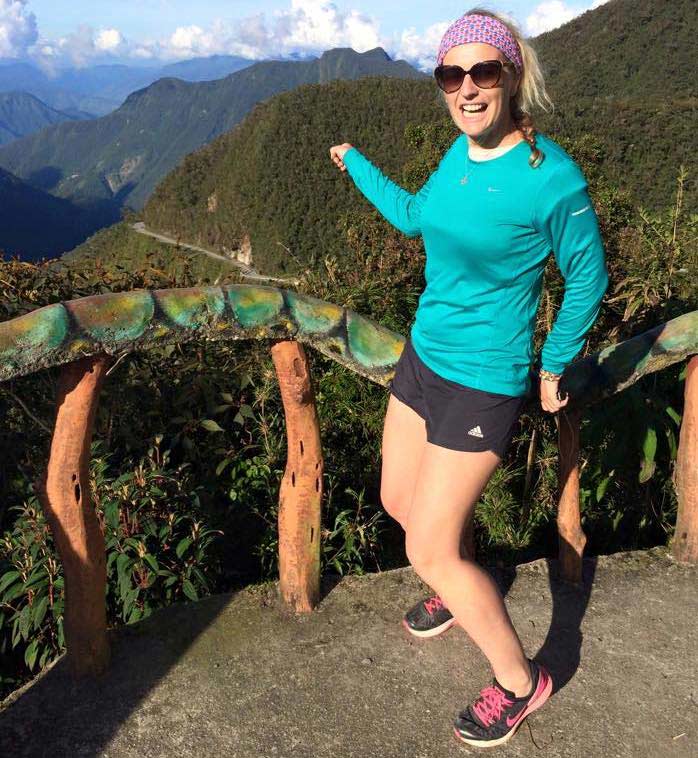 It sounded like a good idea at the time...

It's the 'Most Dangerous Bike Ride in the World' – a downhill stretch of road outside La Paz that locals in Bolivia call 'Death Road'.

"Do you want to do that bike ride tomorrow?" my boyfriend Anthony casually asked the day we crossed the border from Peru into Bolivia.

Despite the unappealing name, I replied, "OK, sounds good, why not?"

Inter-American Development Bank did a study in 1994 and discovered about 300 people (on all mode of transport) died on the road per year, confirming it as the world's most deadly.

At least 18 cyclists – both professionals and tourists – have died since 1998, including two French girls and a Japanese girl taking a 'selfie'.

According to locals, roughly every fortnight a cyclist attempting the descent requires hospital treatment. Last week it was three Australians with broken collarbones and cracked ribs (though thankfully not us).

Most of the single-lane road – built by Paraguayan prisoners of war during the Chaco War in the 1930s – is about 3.2 metres wide and there are hardly any guardrails, but there are plenty of hairpin bends and drops of up to 2000 feet.

The surface is uneven with hundreds of what our guide José calls 'baby heads' – rocks the size of a baby's head and very hazardous.

Rainy season is from December to March, which makes this period extra risky; novice riders are discouraged during this time (i.e people like me, wanting to ride it now, in February).

The landscape is truly breathtaking. From snow-covered high altitude (4700m) plains and mountain ranges down to the glistening Amazon jungle. Wow.

It's an adrenalin-filled thrill that you'll never forget. I cried for the first half an hour (in a sudden and prolonged outburst of emotion that occurred, apparently, before the 'official' start of Death Road), and I also hyperventilated a little. Then something magical happened: I started to enjoy myself. 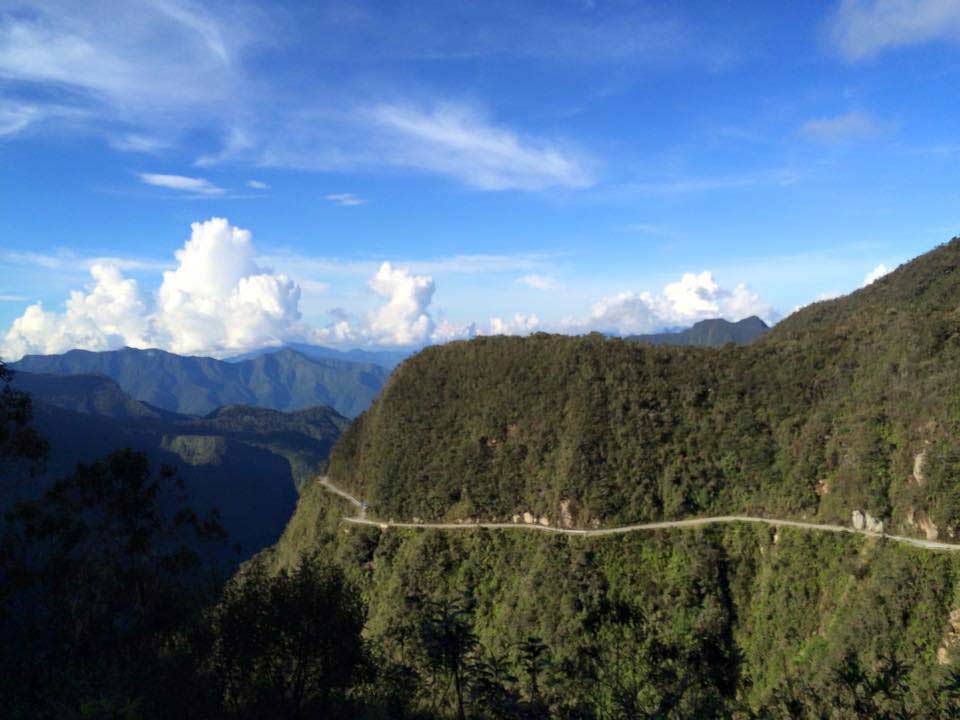 Living on the edge...

Sometimes the clouds hide the abysses so you can't really see how deep the valley you'll fly into is anyway.

If you go with a group (which I did – I have Barracuda Biking to thank for my survival), you have regular stops where very experienced guides (in our case Oscar and Jose) provide an overview of what's coming up. Warnings include upcoming 180-degree blind turns, road works, lots of 'baby heads', waterfalls, and chickens (so it pays to listen).

You see grazing llamas and, if you're lucky, cute red-headed birds called 'Andean Cock of the Rocks'.

Following the completion of a new road in 2006, the 'old road' has a lot less traffic, so there are nowhere near as many big buses and trucks as there once was. Phew.

So, my advice is to go for it. Take it slowly. Ride in your comfort zone and don't let adrenalin turn you into a maniac. No wheelies. No racing other cyclists (the aforementioned Aussies with broken bones? They were racing each other).

And post on Facebook about your achievement and brag about it by all means. I did. But be respectful – the stone and wooden crosses along the way will remind you to take care.