If you're in the UK and planning a bike trip of any sort, then listen up! The Cycle Touring Festival will be up your streets. 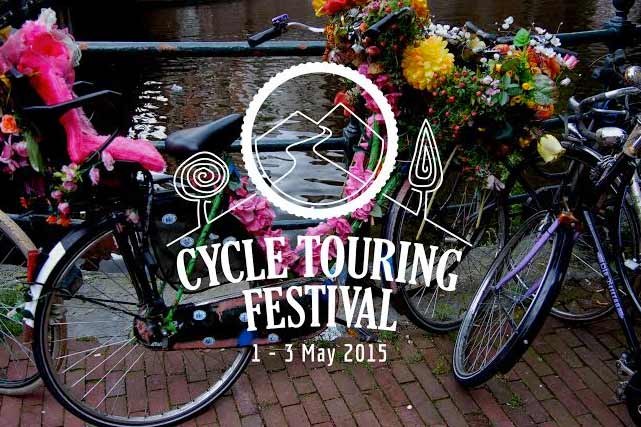 The first ever Cycle Touring Festival will be held in Clitheroe in Lancashire from May 1-3. Now this is no trade or travel show – it's a 'proper' festival (there's even camping!)

The festival is the braindchild of Laura Moss, a lawyer-turned-adventure cyclist who left home in August 2013 to cycle to Australia with her husband, Tim. (They ended up covering 21,000km as they rode acros 27 countries in 452 days).

"In planning thetrip, we had lots of help from fellow cycle tourists, but most of the contact we had with people was online," she says.

"I wanted to organise an event which brought together the cycle touring community in person, to share knowledge and experience from the road.

"With the Cycle Touring Festival, we hope to inspire people to undertake their own journeys by bicycle, equipping them with any necessary skills and the confidence to do so.

"Above all, we want to have a jolly good weekend talking to like-minded people about bike touring and sharing our love for travelling by bike." 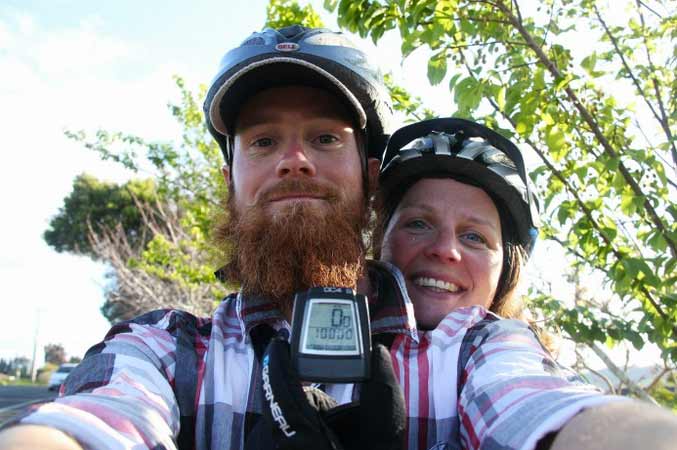 Laura and Tim Moss on the road.

Tom Allen, who wrote this bike trailer article for me while he was on his own round-the-world adventure, has been helping Laura out with festival publicity.

"When I set off on my first big trip in 2007, it was obvious that cycle touring was about to see a renaissance," he says.

"In the years since, there have been more cycle touring books, blogs and bikes coming out than ever before. We all felt it was time to bring this growing community together and share the joys of cycle touring with a wider audience." 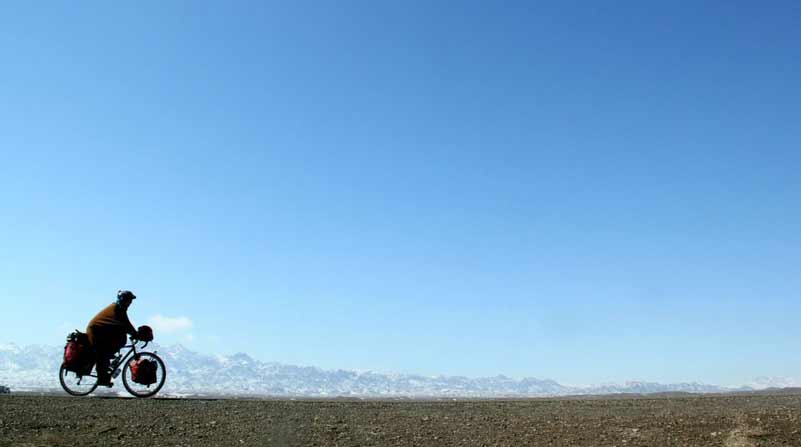 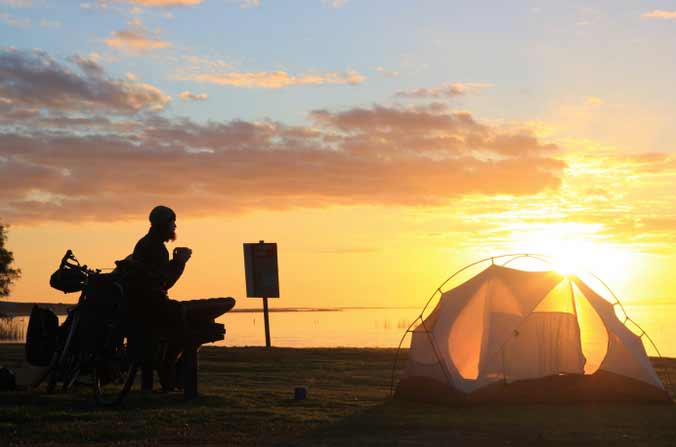 The festival is being run as a not-for-profit event by volunteers. Any leftover cash after the bills are paid will be injected into the 2016 festival to help the event grow.

The weekend will showcase bikes, equipment and accessories from across the bicycle touring spectrum, giving cyclists the chance to look at (and even try) kit first-hand.

Most importantly, though, it will bring together cyclists from around the UK – and the world – to chat about route planning, equipment choice, bicycle maintenance, safety and security, and budgeting. There will be guest speakers and workshops, plus advice about using technology while you're on the road.

Some of the world's most intrepid cyclists will be on hand to share their own experiences, including:
* Stephen Lord, author of the original author of the Adventure Cycle-Touring Handbook (and Freewheeling France contributor: see here, here and here)
* Emily Chappell, a London cycle courier who has cycled across Asia and Iceland
* Helen Lloyd, who has cycled 45,000km in 45 countries – through the heat of the Sahara and wintry Siberia
* Cycling honeymooners Pete and Alice McNeil
* Anna Hughes, a London cycling instructor and mechanic who cycled the coast of Britain, and has also ridden extensively in France
* Adventure cyclists Harriet and Neil Pike
* Kev Shannon, an adventure cyclist with specialist knowledge of cycling in Serbia
* Suzanne Forup, assistant head of development at CTC who has ridden through Cuba, Panama, Costa Rice, Nicaragua and southern India; she's also a cycling mum
* Ruth Jarvis and Will Fulford-Jones, who recently embarked on a 17-country, 22-month ride through the Americas from Rio de Janeiro to New York City. Ruth is a former cycling magazine editor
* Adventure cyclist and speaker Tom Bruce
* Bike builder Richard Delacour
* Filmmaker and cycle tourist Will Davis
* Tim Moss – Laura's husband and partner in her worldy exploits

There will also be competitions, films and open-mic sessions so you can share your own cycling adventures, ask questions or find cycling partners.

In short: the Cycle Touring Festival should have something for anyone and everyone pondering a trip by bike – no matter how long or short.

The Cycle Touring Festival will take place May 1-3 2015 at Waddow Hall, Clitheroe, Lancashire, UK. Tickets are available online now, priced at £65 for the full weekend, including camping accommodation and meals. Day tickets will also be available closer to the date.