A new edition of Cicerone's popular Cycling the Canal du Midi guidebook is out now. 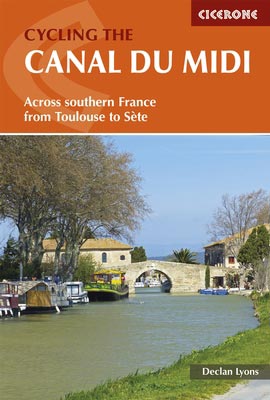 Guidebook for the Canal de Garonne - Bordeaux to Toulouse

Guidebook for the Canal du Midi - Toulouse to Sete section

The book is tagged 'Across Southern France from Toulouse to Sète' and it follows one of France's most popular bike routes.

The book has been updated by Declan Lyons, a lifelong cyclist who lives near the canal.

It covers the full 240km from Toulouse to the Med, from the Midi-Pyrenees through the Languedoc in the region now called Occitanie.

As the title suggests, the guide is specifically geared towards cyclists (though walkers would also find it of value).

It can be used for day trips to explore the canal and nearby attractions, or it can be used as a companion for the full journey.

It's broken down ito five stages, and also includes optional detours plus six longer side excursions. There are detailed route descriptions and maps for each stage, plus an index of accommodation.