In this guest blog, Dan Harris from Calais Bicycle Aid explains how the simple bicycle can make a big difference in helping to ease the current refugee crisis.

Calais Bicycle Aid is working to bring reconditioned bicycles and bike parts, plus a small team of bike mechanics, across to Calais for five days. The plan is to increase the number of refugees who have access to a bike, contribute to the aid work already taking place and support existing bike repair workshops with mechanics. The group will also be donating bikes to the NGOs and volunteer teams working in Calais to help them in their work. They are in need of donated bikes and spares, as well as cash donations. See here for full details if you live in the UK, or chat to the guys on Twitter. If you live in France, the Calais and Beyond network also welcomes bikes, which it can help distribute to refugee sites across France. They recently received two bikes donated for the refugee camp in Bordeaux. 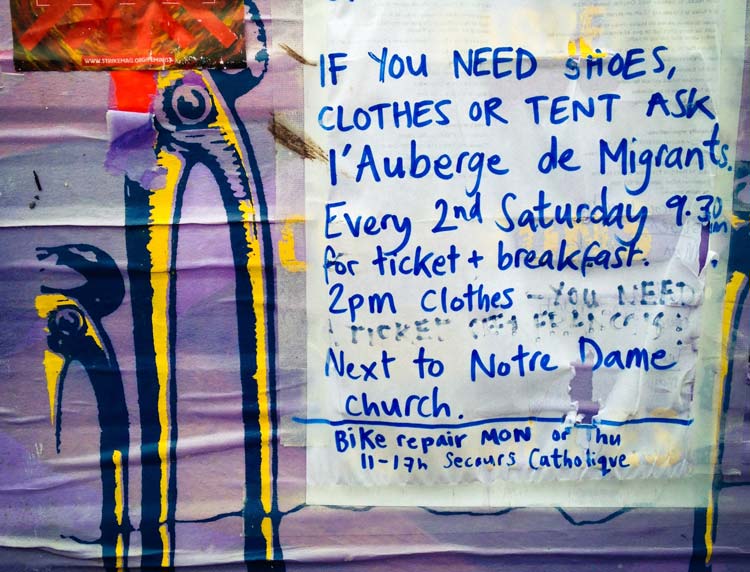 Many watching the refugee crisis over the last nine months will have asked themselves how to create change in such a complex situation. Someone should invent a word for the feeling of powerlessness in response to overwhelming media coverage of a global humanitarian crisis.

In these moments of powerlessness it’s often hard to do anything more than 'endure the emotional storm' as little more than a spectator. However the story of the Calais refugee crisis has been different.

On an August weekend I took part in one of many locally organised aid trips to cross the Channel. I joined roughly 100 cyclists as they journeyed to ‘the jungle’ to deliver a bicycle shaped droplet of aid. However the most striking thing about our time in Calais was the realisation that the biggest change created within the camp on that weekend was created by the rain. 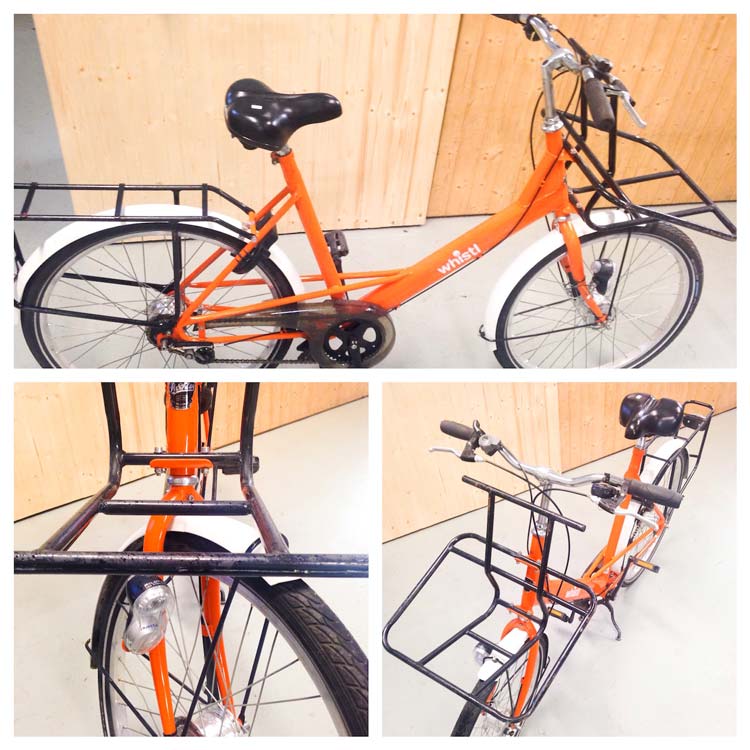 When I heard about the Critical Mass ride from London to Calais, my first question was why do these refugees need a bicycle? I consider myself to be someone who sees the bike as one of humankind’s greatest inventions. I’m often amused to see companies like Honda and experts in robotics trying to create bionic exoskeleton robot outfits to give the humble human extraordinary abilities. The bicycle already achieves this with beautiful simplicity, but why would refugees in this camp be desperate for a bike? It wasn’t long after riding off the ferry in Calais that we had our answer. 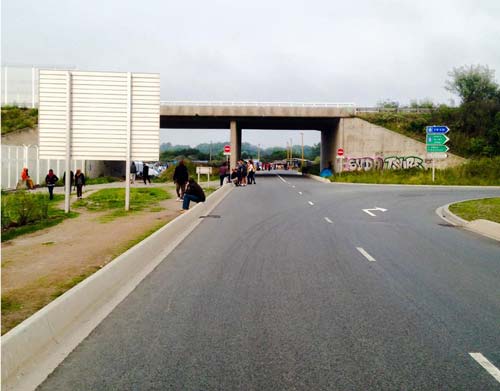 The road into the Calais camp.

“Small donations of aid are good, but the refugee camp is so big, winter is coming, and isn’t sanitation a greater need than a bike?" I hear you ask.

The area known as ‘the jungle’ is on the outskirts of Calais at the end of a mile-long dead straight road though an industrial development. The sand dune landscape of the camp sits just beyond a motorway bridge and a good five-mile round trip from the distribution centres. Bicycles make daily movements manageable to access aid, services and asylum offices. Bicycles can turn a dehumanising five-mile walk into ‘a freewheel’.

Bicycles also offer support to aid workers and medical staff on the ground, allowing faster movement around the camp. The addition of trailers and panniers can make moving goods around easier and faster as well.

But Europe’s refugee crisis is huge …

On our first night in Calais the area was hit by a tremendous storm. Torrential rain lashed the camp for hours. In the morning shelters we flooded and many had been destroyed by the force of the rain. Morale was low. The rain that night was both an illustration of the horror that winter will bring but also an example of how millions of tiny actions can have a massive impact on life in the camp. 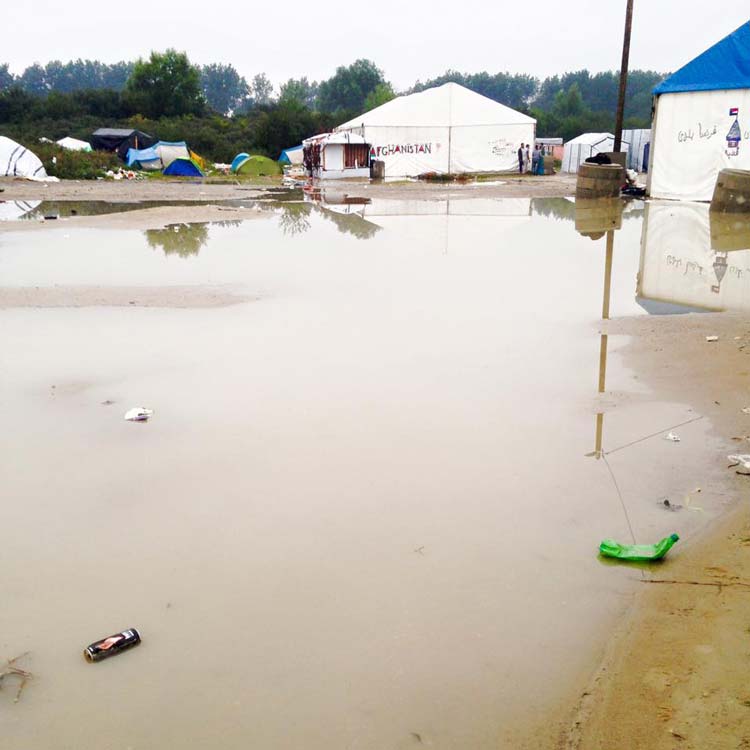 The rain storm that flooded ‘the jungle’ was made up of millions of individual droplets of water. On its own one droplet of water couldn’t flood a tea cup let alone a refugee camp. The story of aid for Calais has been one of many tiny droplets creating a flood of donations; the action of millions of individuals creating a massive impact. That feeling of powerlessness in response to a humanitarian crisis has been drowned out by community led action.

The compassion of the cycling community has been the same. We have been overwhelmed by donations of bikes, parts and tools. On November 11 we will take at least one van to Calais full of bicycles, bike parts, tools and mechanics. We’ll spend our five days in the camp supporting the refugee bike repair workshop, distributing the donated bikes and assisting CalAid with their work.

It’s through many droplets we can create a flood of compassion in the Calais refugee camp from Europe’s cycling community.

Full details of the next Calais Bicycle Aid trip can be found here.
To donate food or clothing to refugee camps in France, see Calais and Beyond.