When can you buy 2017 train tickets for France?

When can you buy 2017 train tickets for France? Here are the dates you need to know if you are travelling by TGV train in summer. 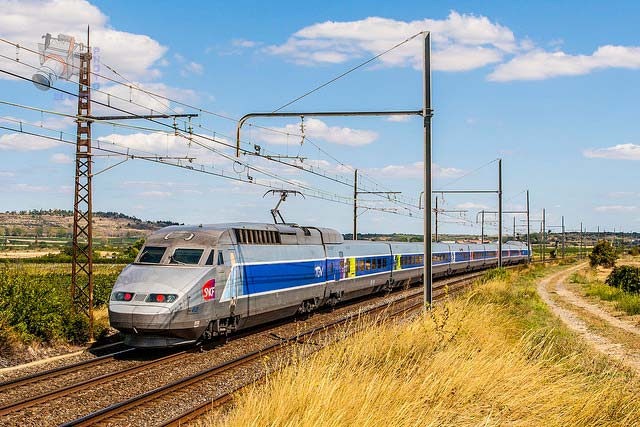 As with other train networks, the earlier you book your ticket in France, the cheaper it will be. This is particularly the case during the summer months when tickets are at a premium and trains are at their busiest.

Here are the booking windows you need to know about if you plan on travelling by high-speed TGV train in France this summer. (Note: this is only for TGV services – local TER and Intercite tickets are on sale year-round: see here for general train/bike ticket info and see here if you live outside mainland Europe).

Reservations are recommended (and often compulsory) for all TGV routes and so are bike reservations (see here for services that accept bikes).

1) The cheap seats ALWAYS sell out first
2) Different train operators open their summer tickets for sale at different times (see below)
3) French rail prices do not always go up during peak periods (like summer). The prices go up when there is a ticket shortage (which by default happens in summer). So being an early bird gets you the best deals.

When to buy your tickets

Tickets for summer 2017 start going on sale from February 2, 2017 – here are the dates and main routes you need to know about.

Regular TGV (fast train) services throughout France:
– Paris to the south and south–east of France (Nice, Marseille, Toulon, Hyères, etc): Tickets go on sale February 2 for journeys between June 30 and August 27.
– All other TGV routes (remainder of south, plus east and west): Tickets go on sale March 30 for journeys between June 30 and August 27.

TGV France-Italy:
– Tickets go on sale March 2 for journeys between July 2 and August 27.

TGV Lyria:
– Paris to Switzerland including Zurich, Geneva and Basel: Tickets go on sale March 2 for journeys between July 2 and August 27.

TGV France-Spain:
– Paris to Spain including Figueres and Barcelona: Tickets go on sale March 2 for journeys between July 2 and August 27.

All other trains:
These ticket windows apply to TGV fast train services only. Local TER and Intercite service tickets are on sale as usual – see here for general train/bike ticket info and here if you live outside mainland Europe.

The official Voyages-SNCF website is here for train times and tickets. You can also book tickets using this service.

See here for how to take your bike on Eurostar.