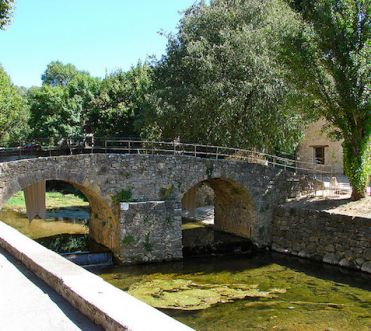 The pont in the pretty village of Flassans-sur-Issole, Var. Photo: Sylvain Gamel, Credit 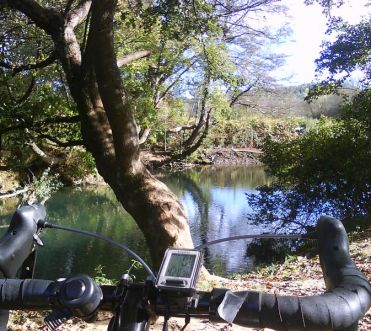 A picnic lunch on the banks of the Issole River. Photo: Becky Allen

Becky Allen and Mark Goodson chart this 72km circular bike ride from Vidauban through the Plaines des Maures in the Var department of Provence. It can be combined with this one to make two great days of cycling in Provence.

This 72km bike route takes you through the extraordinary landscape of the Plaines des Maures – the Var’s only national nature reserve – several typical Varois villages, a small slice of Tour de France history, and the 12th century Abbey of Le Thoronet.

Coupled with our first Vidauban circuit the two routes make for a lovely weekend – and a good reason to stay overnight in the verdant heart of the Var. 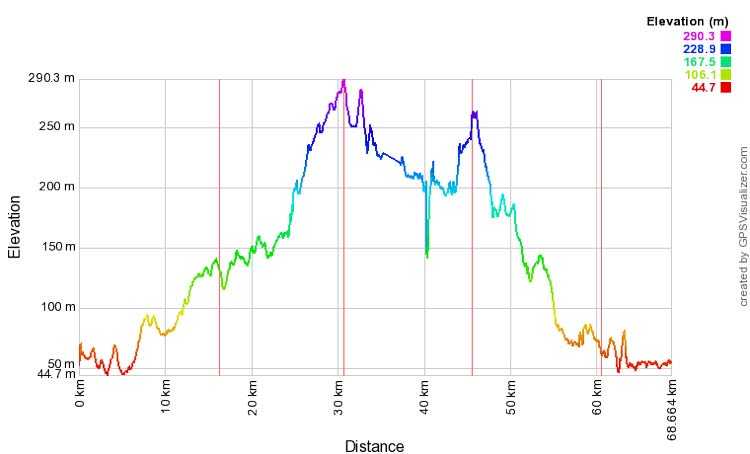 The ride starts in Vidauban. There's a big, free car park behind the Spar on the N7, or if you come by train a few services between Nice and Toulon stop in the village, and many more at Les Arcs-Draguignan, 4km away.

Leaving the village on the D48, heading south this time towards La Garde Freinet, the road runs through the outskirts of Vidauban before houses give way to the vineyards, parasol pines and maquis of les Plaines des Maures. Designated a national nature reserve in 2009, in summer les Plaines des Maures look like something from the red heart of Australia. In spring, however, this apparently arid landscape is a riot of colour as its wildflowers bloom.

When you reach the slightly busier D558, turn left towards La Garde Freinet and then right onto the D75 towards Gonfaron and the Village des Tortues. The tortoise village was set up in 1988 as a research and conservation centre for France’s sole native tortoise, the Hermann, found only in Corsica and this part of the Var. Thanks to the village’s captive breeding programme, if you head out on foot into the Massif des Maures, you might be lucky enough to come across tortoises in the wild. 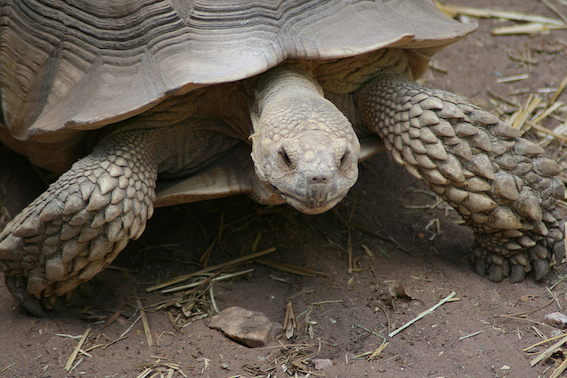 The Village des Tortues at Gonfaron, a conservation and research centre for the Hermann, France’s only native tortoise. Photo: Patrick Williot

Continue on the D558 into Gonfaron. Shaded by plane trees, the cafes around the village square are ideal for a coffee stop.

Head out of the village on the D39 towards Flassans-sur-Issole and the main climb of the day. The gradient’s not too tough, but you’ll spend 7km climbing before whizzing down the last kilometre into Flassans – taking care of the speed bumps as you enter the village.

The D39 bears right then left through the village, past the Cafe de Nice and over the river Issole. At a small fountain, keep right on the D39. Cross the busy N7 and continue on the D39 before turning right towards Cabasse on the D13. This a lovely stretch of road, through the vineyards lining the Issole valley, and if you fancy your picnic and a swim, there’s a great spot – about 1km before the village of Cabasse, marked by the sign “Les prés” – with tables and benches beside the river. 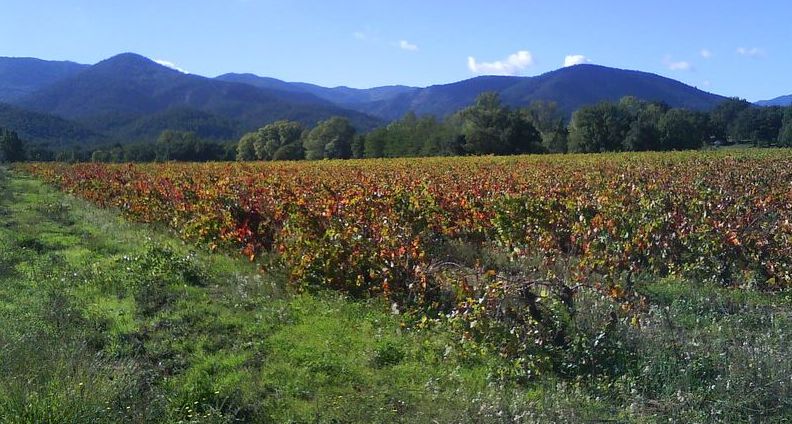 For Tour de France historians, Cabasse’s main square is named after cyclist Jean Dotto. Nicknamed the “winegrower of Cabasse” because his father grew grapes there, Dotto was a veteran of 13 Tours in the 1950s and 60s. He was fourth overall in the 1954 Tour and won the Vuelta the following year – the first French winner of the race.

Leave Cabasse on the D13 towards Carcès before reaching the T-junction of the D79. Opposite, stained deep red, is part of the old bauxite mine. The mineral was mined here and at Le Thoronet for more than 100 years before the mines closed in 1990.

At the T-junction, turn right onto the D79 and head uphill towards Le Thoronet and its abbey. Hidden in the forest, the beautiful Cistercian Abbaye du Thoronet, is – together with Silvacane and Senanque – one of the Three Sisters of Provence and well worth a stop. There is bike parking and a small cafe in the car park.

Continue on the D79 (which becomes the D17) up and then downhill to Le Thoronet, and as you leave the village turn left onto the D84 which follows the valley of the River Argens all the way back to the N7. Turn left and head into Vidauban, past the excellent village cycle shop – Velo Pro Shop – and back to the car park (72km).

Becky Allen is a freelance journalist based in Cambridge. You can read more of her work at www.beckyallen.org. Mark Goodson is a sales consultant and business coach. He enjoys cycling long distances, slowly. He has started charting his adventures here.