This loop that takes you from sea level to 2500m in just one 70km stretch and straddles the French and Spanish Pyrenees.

Distance: 353km
Difficulty: Challenging – 2500m of climbing in one 70km section of the route
Download GPX

The Pirinexus is 353km loop that takes you from sea level to 2500m in a just 70km as you ride through, up and down the Eastern part of the French and Spanish Pyrenees in the Catalan region. About 80km are on the French side of the border and the remainder goes into Spain.

Generally the route takes you on established cycle paths and low traffic routes and it's well-signposted.

There are lots of varied landscapes to see on this route and generally it is considered best to ride clockwise to get the better of the gradients. This is a really rich route for culture and food too with lots of Michelin stars to be found along the way.

Sections of the route run concurrently with the Vies Verdes Girona route in Spain. 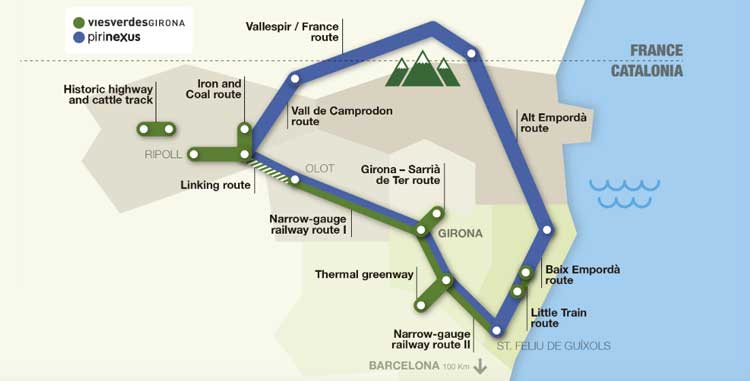