Distance: 87.9km
Difficulty: Elevation gain of 931 metres over the 90km

La Véloroute de la vallée du Dropt – the Dropt Valley cycle route – sits at the crossroads of the Lot-et-Garonne, Dordogne and Gironde departments. The route covers just on 88km, crossing the Lot-et-Garonne through villages and towns and across gentle hills to meet the Lot Valley bike route.

The route passes through Eymet, a bastide town famous for the size of it British community. Tour de France fans will also recognise Eymet as a stage town from the 2017 Tour. Here's one of our memories of how the town got dressed up for the occasion. 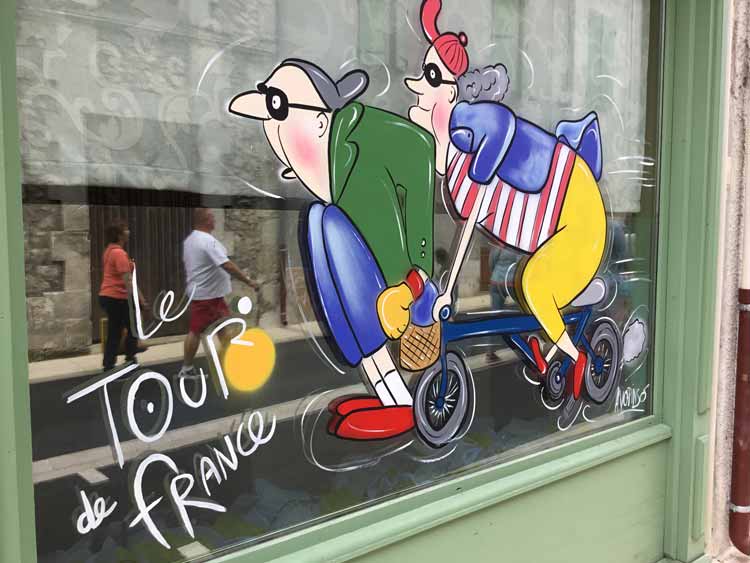 Latin poet Sidoine Apollinaire wrote about the Dropt Valley, callling it "a vision of paradise". The river itself winds its way from near Monpazier in the Dordogne, but the designated bike route doesn't actually start until just south of Duras.

This is a pretty river route, passing blossoms on plum trees in the spring and sunflowers in the summer, plus ever-present vineyards dotting the route. There is plenty here for watersports enthusiasts with opportunities for boating and canoeing.

This valley was inhabited in prehistoric times, but history buffs will also enjoy exploring the bastide towns, castles, churches, fortification and bridges created in more 'modern' times during the Roman era and the Middle Ages.

Other relevant bike routes and pages