What you need to know about one of France's most peaceful and most beautiful bikes routes, the Dolce Via.

Distance: 90km (broken into easy sections below)
Difficulty: Easy – you can take the tourist steam train (with your bike) to avoid he uphil bits – see our report.

The Dolce Via is one of France's little known and least explored greenway bike routes.

Cutting through the heart of the beautiful Eyrieux river valley area of the Ardèche, it covers around 90km, mostly on rejuvenated railway lines. It's ideal for cyclists of all abilities.

The route is broken down into 7 'official' sections, but of course you can ride it however you want – in a day or in smaller chunks as part of a longer ride. The route also links in with the Via Rhona bike route. 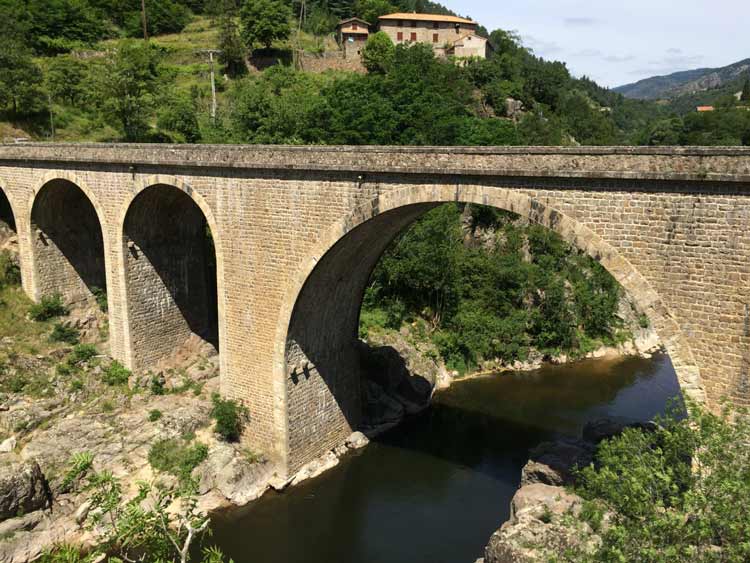 We rode this route in the summer of 2016 – read our report here.