Bike routes in the Aveyron

I say it often and I say it loud: there are many 'hidden' corners of France that are real treats for the cyclists – and the Aveyron area of the Midi-Pyrenees is one (the Auvergne is another, Gers is another, and don't even get me started on the Limousin).

Aveyron is a north-eastern department of the Midi-Pyrenees region, bordering both Languedoc and Limousin, it's one of the 'forgotten' cousins of Pyrenean departments. Often overlooked in the clamour to the high mountains to the south, or to the tourist trails of the Dordogne to the north-west, the Aveyron is an ideal place for training rides and leisurely bimbles alike, for both touring cyclists and fixed base riders. It's great for mixed ability groups because – especially with a little local knowledge – it's possible to find routes for all types of riders. 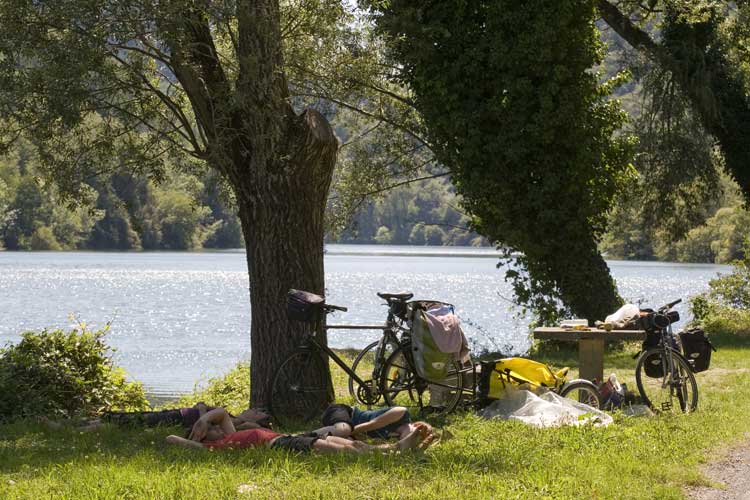 Those in the know know that there is a bonanza of cycling to be had here, with sweeping gorges meeting flat back roads of sunflower fields and routes along the area's namesake, the river Aveyron, as well as the waters of the Lot and the Tarn.

At the southern edge of the Massif Central, its highest point is the 1469m Le Signal de Mailhebiau. The Cévennes National Park also pops in for a visit, while there are treats galore for history buffs – Aveyron is one of France's original 83 departments (created in the French Revolution), while there are Medieval ruins (eg the castle at Najac), and majestical monastries – including the one at Conques, an important stop for pilgrims en route to Santiago de Compostela. For awe-inspiring archetecture, go no further than the stunning Millau Viaduct, the world's tallest bridge and surely one if its most impressive. 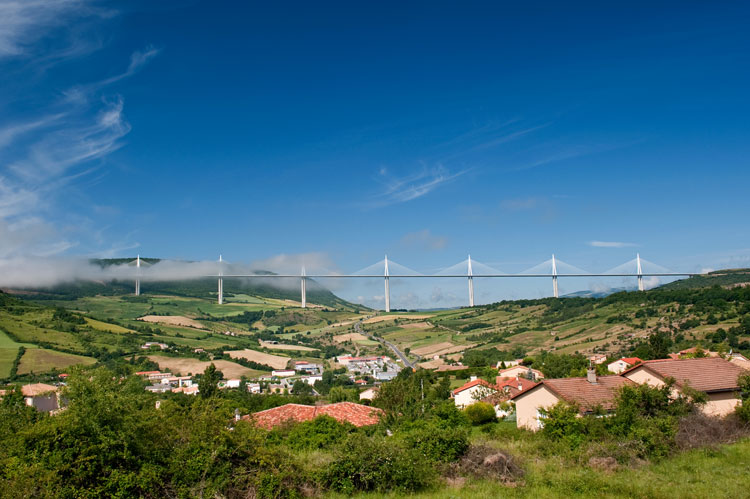 Bike routes in the Aveyron

Now that I've sold you on the merits of cycling in the Aveyron, I've included a bunch of rides above.

Thanks to the Aveyron tourist board for kindly allowing me to share their bike routes with you. I have included a route summary of each, but there is more information about each route on the official site (some in English and the balance in French only). Some, but not all, routes are theirs – thanks also the local cyclists who have sent me their recommendations and GPX files.

Click each coloured line on the map to bring up more info on the route and also the GPX download to help with your planning. Also marked on the map are bike-friendly places to stay – please support them if you can because they are keen to see more cyclists in this area and promote local rides (they are also supporters of this site and help me enormously with local info etc).

The colours are just to differentiate rides on the map – they aren't an indication of difficulty or length (click on the route for the popup as that has more info on these).

As always the route info is provided in good faith (so don't blame me if you get lost!)