Bike routes in the Aude

Tucked away in the south of France is a dream of a department for cyclists. Here's what to expect in the Aude.

Click the coloured routes above for more info and GPX downloads

The Aude is a department in the Languedoc-Roussillon region of France (now officially coupled together with the Midi-Pyrénées as a region called Occitanie).

It's an area steeped in history: prehistory sits alongside Roman history (Narbonne was an ancient capital, while the Via Aquitania and the Via Domitia roads crossed in the Aude, lending the region strategic importance); Barbarian invasions and Catharism followed (the area is promoted as 'Cathar Country').

Much of this history survives, from Roman ruins to the splendour of fortified Carcassonne (the adminstrative centre for the Aude). 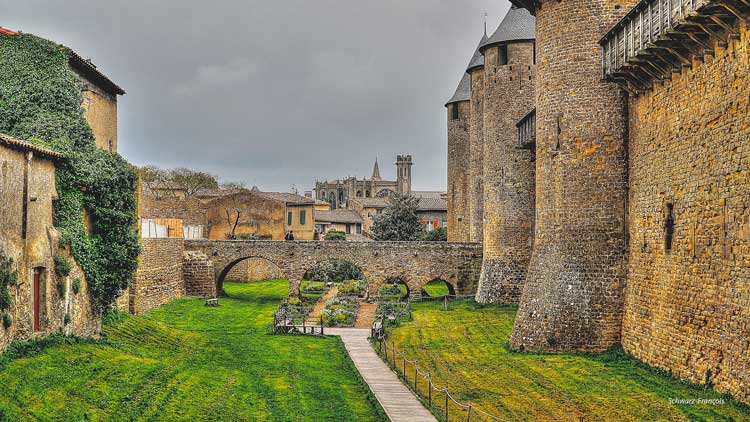 Geographically, the Aude is tucked in between the Pyrenees and the Mediterranean, which runs for some 47km along the coast (Aude itself is named after the river). Water is something of a theme, with the Canal du Midi also passing through.

This all combines to provide a wonderful mix of hillier inland rides and coastal/waterside treats for cyclists. Both sit alongside wine routes (the Aude produces some of the south of France's finest tipples) and, of course, hearty gastronomy (it's the proud home of cassoulet, among other gourmet discoveries). 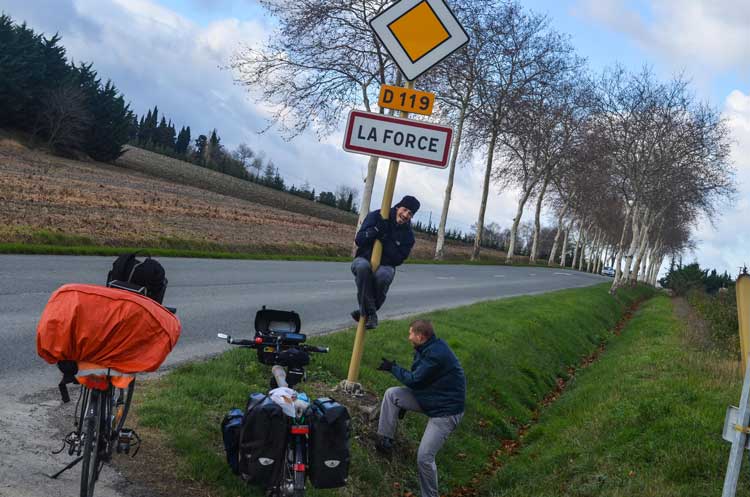 About our routes above

I've included some routes in the Aude above that have been suggested by local cyclists (thanks to everyone who has contributed).

Click the coloured lines for each route for a popup that has more information and a downloadable GPX file for the route. I've also included icons for bike-friendly places to stay – you can click those, too, for more information and a clickthrough. These are places that welcome cyclists (often they are also supporters of this site and help me to share local cycling info etc).

The colours don't represent difficulty or length of ride or anything - they just serve to make the rides stand apart from each other on the map.

The routes are provided in good faith for general guidance and inspiration (don't blame me if you get lost or if I'm a few kilometres out with the distances, or if there are more hills than I say there are).

Supported rides in the Languedoc