The Lawrence of Arabia bike route in the Dordogne

Follow the bike route Lawrence of Arabia took when he went cycling in the Dordogne (and in the fringes of the Gironde and Limousin) in the tracks of Richard the Lionheart. 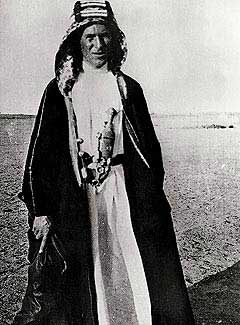 When Thomas Edward Lawrence was a mere 19-year-old student in England, he headed off on his own Tour de France to finish his thesis and pursue his interest in Medieval history.

As part of his bike ride, he followed the trail of Richard the Lionheart (Richard I of England) through south-west France.

The ride is now an official route, though it's not fully signposted (you can download our own GPX file from here).

The route is broken down into 6 stages, though there are additional sportive sections for more advanced riders. It covers between 300 and 400 kilometres depending on which sections you ride.

In any case, to keep things simple, I've listed the 'official' stages below, whch vary from 50-62km in length:

Stage 1: Castillon-la-Bataille to Mussiden
Stage 2: Mussidan to Périgueux (it crosses over with the V90 at Montpon and Perigueux (and overlaps at other points).
Stage 3: Périgueux to Hautefort (it also links to Thiviers from Perigueux)
Stage 4: Hautefort to Jumilhac
Stage 5: Jumilhac to Pierre-Buffiere
Stage 6: Pierre-Buffiere to Châlus

There is an official brochure but as the local tourist offices keep changing the link, I won't post it here. If you email me at lyn@freewheelingfrance.com I can send you the most recent one. You can also download the GPX file below (just click on the coloured line).

Other ideas for bikes routes in this area

See our overview of cycling in the Dordogne, and also cycling in the north of the Dordogne. There is also this article to help you plan a cycling holiday in the Vézère valley. If you are heading further east to Sarlat, see this ride idea and this info on the voie verte there.

From Castillon-la-Bataille, the Roger Lapebie bike path back to Bordeaux is within reach – just head west towards Branne to access it (see here for the access point).

See here for bike routes in the Cruese area of the Limousin. And here for a great lake ride. See here for cycling in the Haute-Vienne area.

See our listing for bike rental in the Dordogne and here for the Limousin.

Cycling holidays in the Dordogne

A number of companies run guided and self-guided cycling holidays in the Dordogne and across other areas of Aquitaine, such as along the Atlantic Coast and around Bordeaux – search our organised tours section for ideas.

Cycling holidays in the Limousin

The Limousin area is wonderful for cycling – often the roads are open and empty. See here for holiday ideas.

See the map above for accommodation options on this route