We took our bikes for a day’s cycling on Île d’Aix, one of France’s smallest and most picturesque islands. It’s also (almost) car-free. 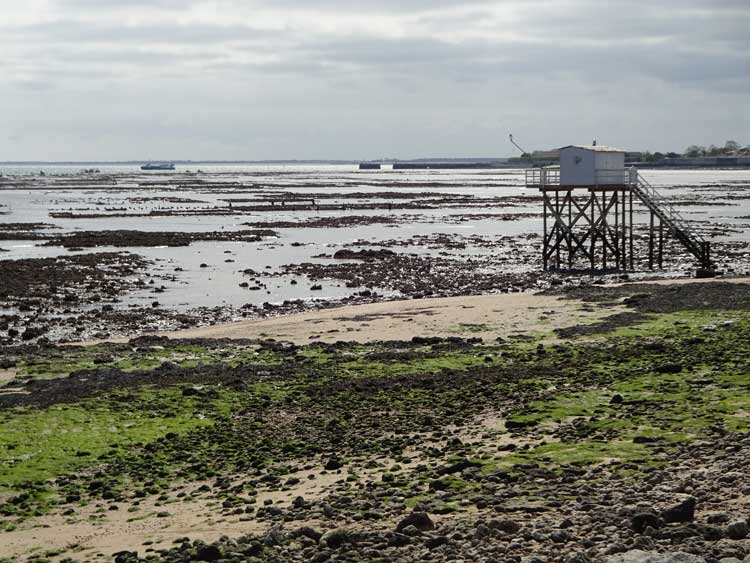 Île d’Aix is a small tiny island off the west coast of France in the Charente Maritime department of France. The island – which measures just 1 or 2 kilometres wide by 3km in length – is in the old Poitou-Charente region, which has merged with Aquitaine to create the mega Nouvelle-Aquitaine region. It’s roughly 180km north of Bordeaux or 170km south of Nantes.

Île d’Aix is the starting point (or end point if you’re riding the other way) of the V92 La Flow Vélo bike route that links the Atlantic Coast to Thiviers in the Dordogne.

The island is a lot smaller and much less developed for tourism than neighbouring Île de Ré and Île d’Oleron. This makes it a raw and refreshing place to cycle. That said, the island gets busy in peak summer. One local chef told us the island receives around 100 visitors a day in the winter months and as many as 5000 in July and August.

There is no bridge to Ile d’Aix. The island is only accessible by ferry from the town of Fouras (see here for ferry information). Ferry prices are for return journeys and there is a surcharge for bikes. You just walk your bike on to the deck and park it against a railing. Ferries are as frequent in summer, but check the ferry website outside July and August as times do vary with the seasons.

If you’re travelling in a car or camping car with bikes on the back, consider leaving the car/campervan in Fouras as the island is just too small and impractical for tourist cars. 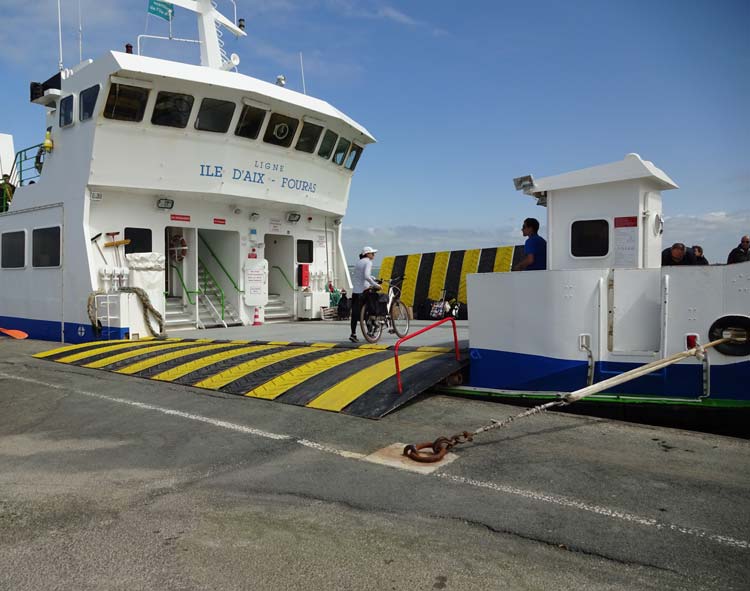 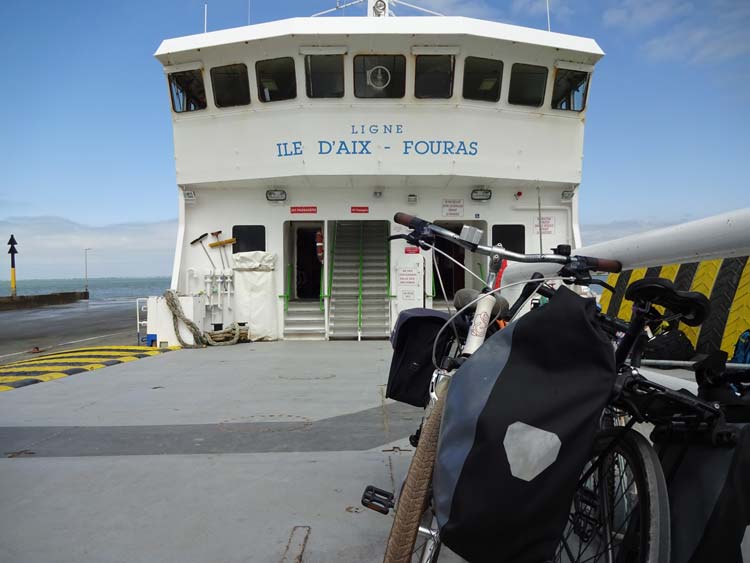 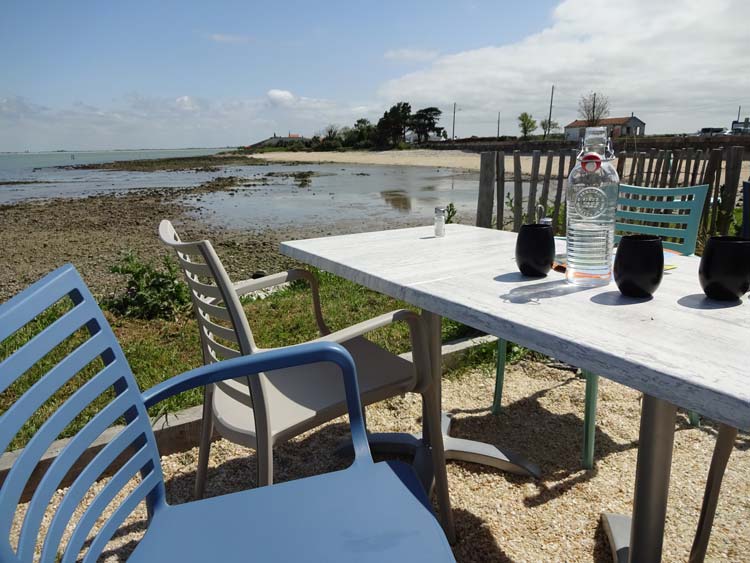 Make sure you arrive early at the ferry port so you have time for a cheeky glass of wine at the excellent L’Ocean (pictured above) – or take the afternoon ferry after a seafood feast on the sun deck at the restaurant.

It’s pretty hard to get lost cycling on Île d’Aix as all tracks are circular and there aren’t many of them (there is a map in the ferry timetable brochure available from the ferry ticket office).

The coast offers beautiful vistas out over the Bay of Biscay and the Atlantic, and you can sit on rocks or on the beaches watching as farmers tend to their oysters. 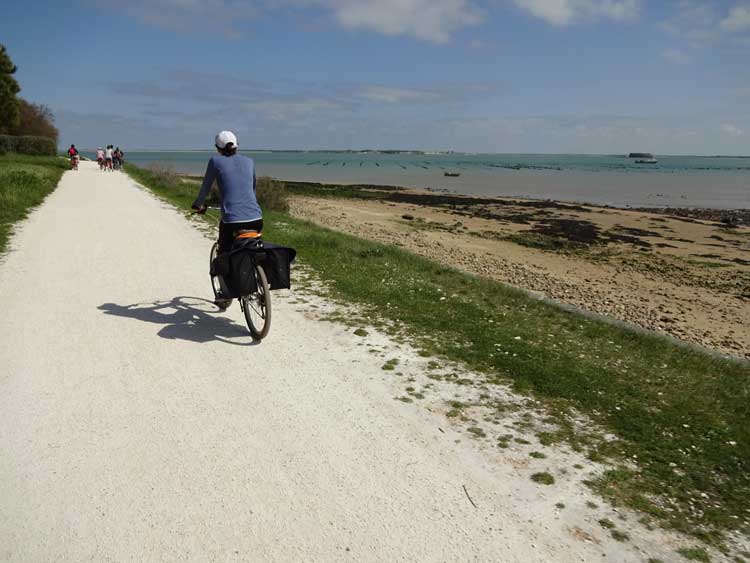 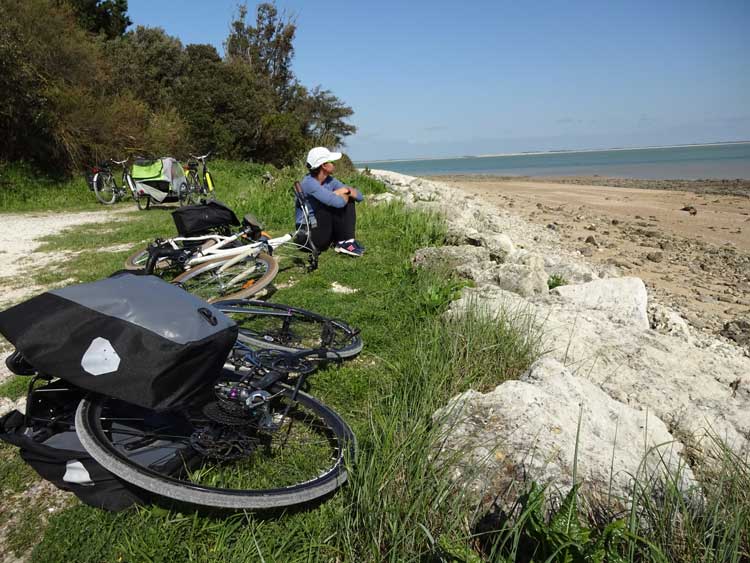 There is a protected bushland area to the north of the island that is reserved for walkers only, so you will need to park your bikes up if you want to explore that area. Take a bike lock but, generally, the island is safe and there are – literally – bikes all over the place.

As the island is so small, there is really little more than an hour of actual biking here – more if you have young cyclists with you. We did 7km in an afternoon but covered several trails multiple times; throw in a bit of walking, some pottering on the beach and a juice stop and it’s a nice day out. 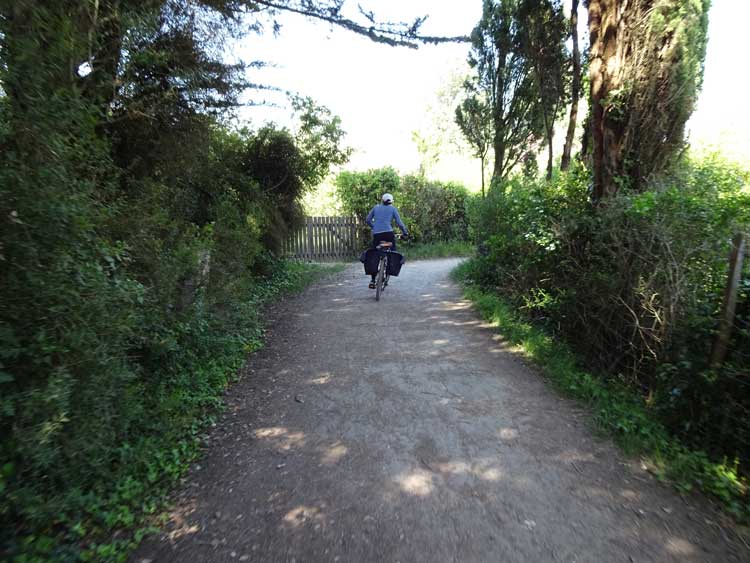 Accommodation and eating options on the island are still developing. Although we did stay overnight on our La Flow Vélo trip, we’d probably recommend instead visiting the island on a day trip from Fouras if you are happy paying the ferry fare (circa €20 for an adult with a bike). In Fouras try the Grand Hotel des Bains.

There are three main tourist attractions, the most interesting arguably being the Napoleon museum and mother of pearl shop, where you can see the craftspeople in action. There is also an African museum full of ‘treasures’ brought back from a local man to the island. All three are in the main town, which only has a few streets.

Book well ahead if you plan to stay overnight, as there are only handful of accommodation options on the island. None at the time of writing (April 2018) were accueil velo-rated, but cycling is so common on the island that bike safety isn’t generally an issue. Beware that outside peak season restaurants will be closed Sunday and Monday nights, though day-time cafes are open, as is the bakery and corner store. If you do want to stay on the island overnight, choose a Friday or Saturday to maximise your eating options (or ask ahead about opening hours the other nights of the week).

While Île d’Aix is idyllic and a wonderful way to while away a day in car-free splendour, there’s a bit more going on in Fouras. The town is set on a headland, with a sweeping coastline. It has a wider selection of bars and restaurants, plus there’s a wonderful fresh food market that’s ideal for filling your panniers for lunch picnics. 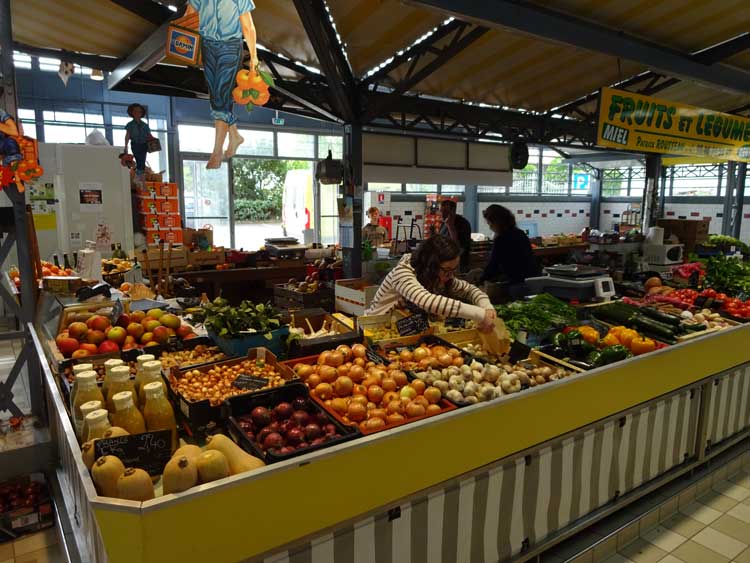 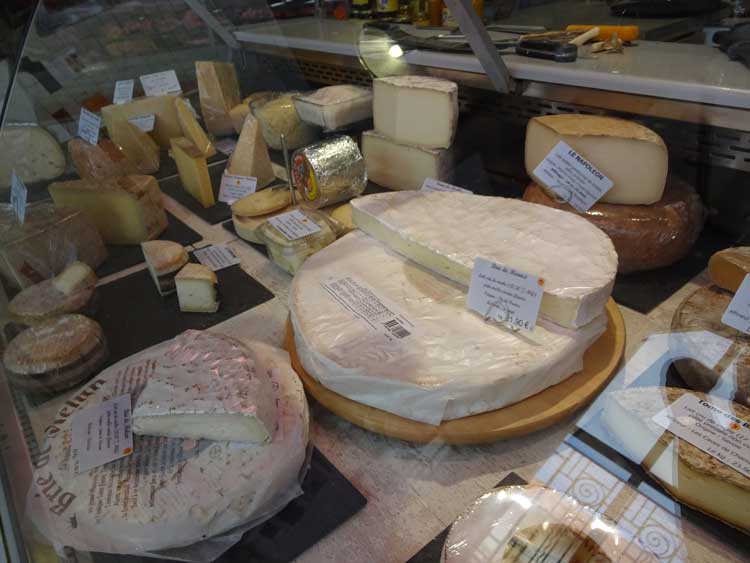 Fouras links to both the Flow Vélo route and La Velodyssee Euro Velo 1 bike route along the Atlantic Coast. The two routes in fact run concurrently from Fouras to Rochefort, just to the east. See below for their crossroads and accommodation options on both.

There are a number of bike hire outlets on the island. See the map above for links. You should book bikes ahead in summer as demand can be high.