Cycling in Ile-de-France - Daytrips from Paris

In part two of our series on cycling in the Ile-de-France region, Mark Cramer has these ideas for overnight and day trips within easy reach of Paris. In part one, Mark explained how to get out of Paris by bike. 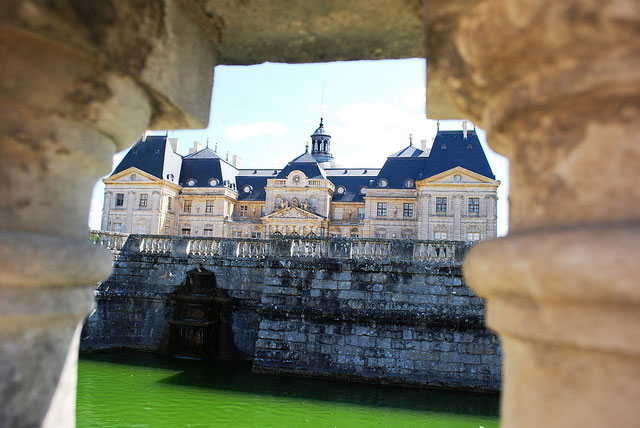 You could say that it took me nine years to write this article, nine years of zigzagging through Ile-de-France to find the prettiest villages and to escape from the deadliest dead-end housing clusters, forging a web of aimless roads into my private Route 66.

It took me two years to actually get out there and try. I had witnessed suburban sprawl outside American cities and I doubted that real country could be so near a major city like Paris. In the USA, the city was once contiguous with authentic countryside. Now you see big box suburbs and beyond that, a countryside ravaged by industrial agriculture. (See James Howard Kunstler’s The Geography of Nowhere). Today, courageous leaders in places like Los Angeles and New York are working, against the odds, to reverse this discredited form of development and bicycle activists play a role in this transformation.

At first I discovered the French D-roads, those mellow 'Departmental' roads that go with the flow of the terrain and discourage car traffic by meandering to off-the-trail outposts. But one time, I put my wife through useless agony by believing that the “D” designation was bicycle haven by default. I led her onto a straight D road on the way to the medieval city of Provins rather than looping in and out on feeder roads. The coarse surface slowed us down as did the natural hot wind in our faces and the unnatural steaming wind whipped up by monster trucks. Eventually, exhausted and running out of daylight, we collapsed on the grass at the side of a feeder road that spiralled into the hills. A woman came out from a farmhouse, inviting us in for cold water. She mapped out the easiest way to Provins (not the shortest way), and the rest of the afternoon was pure pleasure.

As you check the menu below, remember to avoid arrow straight D roads even if they are shorter in distance. You can choose from dozens of areas for overnight cycling trips. I’ve chosen: a hilly territory (Parc du Vexin), contiguous with the Val-de-Oise Department, north-northwest of Paris, with farmlands and impressionist painter scenes; and the flatter Brie region, east-southeast of Paris, with farmlands, forests and Brie cheese. Both these regions are replete with “pierre-de-taille” villages. Simple linear itineraries are not enough because in every direction you turn, there’s an aesthetic choice to be made.

The two-level city of Pontoise is a worthy focal point. Camille Pisarro hung out here between 1872 and 1894. Thanks to him, we now have Musée Camille Pisarro atop the upper level of Pontoise, in Henri IV style (red brick with strips of stone). It’s in The Garden of the Five Senses with a 360 degree view, including a vertiginous lookout over the Oise River. Views aside, this garden was fashioned for the blind, with heightened aromas and textures, and accompanying Braille signs.

Nearby is the Musée Tavet-Delacour in a beautiful 15th century hotel and the impressive cathedral that towers over the lower city. Pontoise has integrated public housing, thus avoiding the trap of becoming a post-card cliché.

First, cycle east along the river to Auvers-sur-oise, the town of Van Gogh and Cézanne, 6.4km via Route D4, followed by numerous side trips in the hilly farmlands after you’ve paid homage to Van Gogh’s grave.

Then, there’s Les Boucles de Vexin, 110km of cycling routes. You get here by taking the riverside bike route west out of Pontoise.

The third choice is a 25km VTT mountain-bike route from Pontoise to Chars, roughly following a train line. The website says it can be done all year round. Following a rainy period I walked half this route just to find out, coming upon impassable pools of muddy water.

The fourth choice is eclectic. You get from Pontoise to the pretty town of Chars by road riding, beginning on Route D92 (road number changes along the way). You’ll find castles along the way, in Osny (Parc du Château de Grouchy to cheer you up), one in Montgeroult, above a steep hill, and the Château de Dampont in the stony village of Us. My preference is to take loops off the main road, through Van Gogh sunflower fields to high places with panoramic views. The looping strategy puts you in a network of farm roads leading you to 18th century stone-wood-beam barn architecture. Some of these barns have been converted to bed and breakfasts. You can find a couple of them in Magny-en-Véxin, a hilly town with colourful shutters about 10km from Chars, via D188 and D174. (I strayed from Magny by 15km and ended up staying at the flowery Le Clos in Fay-les-Etang: a real bargain with huge breakfasts providing enough calories for the long climb out of town. The Vexin is also the gateway to Normandy. Weave through it until Forges-les-Eaux and you get to a voie verte that takes you an easy 50km down to Dieppe and the ferry to England.

The Brie sprawls. Often, a bridge over a TGV track becomes the steepest climb. Here and there you encounter mild hills and descents, with the land getting rugged along the rivers. Connecting the dots between featured destinies can be daunting.

In the south of this region, an attractive stayover is Provins, whose medieval spectacles provide a more authentic alternative to Disneyland Paris in the north. Take a train from Paris Gare de Lyon to the pretty Seine city of Melun. From Melun cycle east to Vaux-le-Vicomte, on D215. In The Road from the Past: Traveling Through History in France, Ina Caro writes: “There may be more beautiful places than Vaux-le-Vicomte, but I haven’t seen them …While both Vaux-le-Vicomte and Versailles were built to impress …Vaux is human in scale, ‘of superb and elegant proportions,’ while Versailles is intentionally overwhelming.”

To contrast the extravagance, continue east to Blandy-les-Tours, for an austere five-tower chateau dating back to the year 1206. Uniquely, the castle is actually in the centre of town. It’s worth an in-and-out visit. Don’t miss the stone apple grinder (broyeur à pommes) in the park just outside the castle.

You’re still only 12km from Melun! The next decision is whether to take the northern or southern route to Provins. We swooped up north to see the vibrant market town of Rozay-en-Brie. The phosphorescent green rolling hills in and out of Rozay are a special reward.

The southern route to Provins will take you through the Forêt Domaniale de Villefermoy, to Donnemarie Dontilly. In town are the vestiges of ancient architecture, including churches, cloisters, doors, wells and outdoor ovens. The town is sunk in a pretty river valley. Provins, 'town of medieval fairs', is a World Heritage Site. Medieval jousting spectacles in Provins carry on a tradition.

From Provins to Crécy-la-Chapelle is 44km but it’s considerably more if you avoid the nightmare D231. Crécy is crossed by the Grand Morin River, which splits into numerous canals. It’s called 'La Venise Briarde'. Visually, the town traces back to its Collégiale Notre-Dame, built between the 13th and 15th century. The B&B feature is Le Moulin de Saint-Martin, a 16th century mill on an island, whose two rooms contain 18th century furniture.

For hikers, the famous GR1 passes through Crécy. You’re only 41km from Paris. How about a Paris-to-Crécy Marathon?

Places like Provins and Le Vexin can be appreciated by simply putting your bike onto a suburban train and getting off at the appropriate station. Both SNCF and RER have suburban trains, with SNCF trains the more practical since they are more likely to depart from ground level, rather than having to descend the bike into a tunnel. The Paris by Train website is good for general information.

Other cycling options in Ile-de-France

Fontainebleau forest and castle: The SNCF has a special plan where you can cycle and train to stations in different parts of the forest.  Good mix of hills and flat stretches. Paris departures from Gare de Lyon, from station level.

Chevreuse is less than 2km by bicycle path from the last RER stop at Saint-Remy Chevreuse. Paris departures by RER B4. Stations with easiest access by bike, one simple level below ground, are Luxembourg, Port-Royal and Cité Universitaire. Also accessible from Gare du Nord, Denfert Rochereau and Châtelet, the most complicated.

La Roche-Guyon: Officially designated as one of the 'plus beaux villages'. Located at the westernmost panhandle of the Parc du Vexin, the castle includes medieval and renaissance sections. From above is a spectacular view of the Seine valley and Le Vexin farmlands. The town itself is an open-air museum with abundant markers illustrating its history.

Paris departures from Gare Saint-Lazare, easy access at ground level, to Mantes-la Jolie. Cross the bridge over the Seine (D983A) to Limay, then turn left after the bridge on D147. Continue to Vetheuil, a must-stop for gawking at the polychrome roofing of its church. The church is featured snow-covered in a famous Monet painting.

From Vetheuil, D913 takes you to La Roche-Guyon. You’ll have cycled 16.4km from the Mantes station. A more aesthetic 49km round trip circuit with two steep climbs is offered here.

Maisons-Laffitte: Pretty horse training town with forested streets where horses are given the right of way over cars.

Chantilly race course and chateau: From the Orry-la-Ville train station, cycle through the Chantilly forest with a pretty lake and mini-chateau café at the halfway point, and once at Chantilly, it’s less than 10km to the beautifully preserved medieval city of Senlis.

Dourdan: Its impressive chateau-fortress, along with challenging ups and downs through the ancient royal forest split by the Orge River. Not far from Chevreuse. Access by RER C4 from Gare d’Austerlitz.

Those are just a few places. If I had to live a lifetime in Ile-de-France, I’d have no problem finding a new surprise each weekend.

Hotels for cycling in Paris

A free bike-path contour map, the Carte des pistes cyclables en Ile-de-France, is available at most Tourism Offices in the region and can also be ordered and/or downloaded here. Thanks to the contour lines, you can immediately distinguish between areas with climbs and places with flat riding. The disadvantage is that this map does not include the outermost parts of Ile-de-France.

A Blay Foldex map of Ile-de-France or a similar map from the Institut de Géographie Nationale (IGN)is also useful because it will have the smaller roads marked more clearly and offer a more extended version of Ile-de-France. IGN also publishes a dedicated cycling map of Ile-de-France with 100-odd routes marked on it. Originally published in 2004, some routes may be out of date, though, and as we haven't used it, we can't verify its quality.

Mark Cramer has written books on social ecology, off-beat travel, and adjusting to foreign cultures. He does animated speaking engagements on these and other themes, with bicycling as a leitmotif and France as the context. In 2012, he rode 200km from south of Orléans to the Longchamp racecourse in the Bois de Boulogne to raise money for Crohn’s disease and ulcerative colitis. He's also written for Freewheeling France about cycling the Loire from Laval to Renazé. In part one of this cycling in Ile-de-France series, he wrote about how to get out of Paris by bike. You can reach him at cramerjazz@gmail.com