The Haute-Vienne department of te old Limousin region has great cycling routes to suit all abilities, particularly the more casual cyclist and families. Local cyclist Chris Nightingale sent us this overview of what you can expect from a cycling holiday in Haute-Vienne. 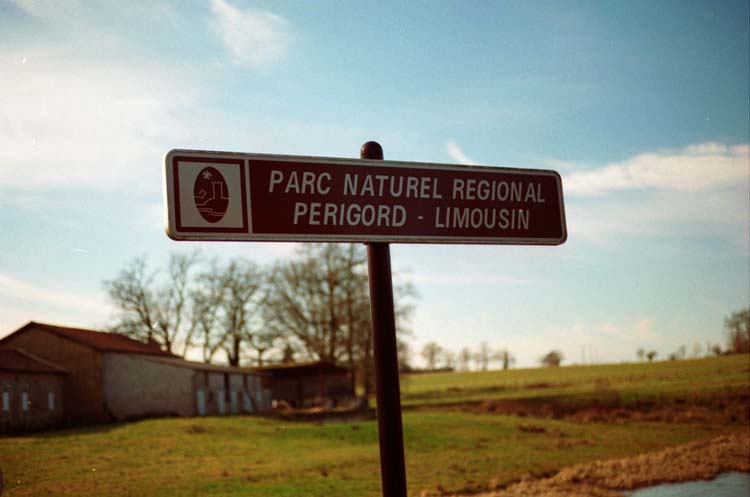 For many years, Haute-Vienne was a little-known leisure cyclists’ paradise with wide, (mostly) traffic-free roads that ran through a rolling landscape of fields and forests. Today, while it's attracting more and more cyclists each year, its roads remain a pleasure to cruise along, the sun blazing on your back as the beauty of the region slides silently past you.

Haute-Vienne is a department in the old Limousin region of France (now part of the larger Nouvelle-Aquitaine region). Named after the Vienne River, it borders the departments of Creuse and Corrèze (also in Limousin), Dordogne to the south in Aquitaine, Charente and Vienne to the west in Poitou-Charentes, and Indre to the north in the Centre department. If you are looking for somewhere new to cycle or just trying to recapture the feeling of freedom that you remember from your youth, the roads, lanes and byways if Haute-Vienne may be the place for you. More than 2,000 km of marked paths criss-cross Haute-Vienne, all of them suitable for walkers and many also for cyclists. Randonnée Haute-Vienne has a searchable database of rides in the department, as well as a map.

The Parc Naturel Régional Perigord-Limousin is an 1800km2 park that straddles the Dordogne-Limousin border, and takes in parts of Haute-Vienne and Dordogne. Home to some 50,000 people, it is a conservation area designed to encourage local economic activity and innovations that are in keeping with the natural balance of the area. The park is a haven for cyclists, and has its own bike station offering cycle hire, information, and maps on mountain bike trails in the area. L'espace Hermeline is an outdoor adventure attraction that sits within the park at Bussière-Galant and has 7 cycling circuits varying from 10 to 45km in length, and catering for 4 levels of difficulty. It also has a 6km velo-rail track.

The countryside itself is well-suited to cycle touring and themed rides, with the area rich in history. Among the most famous sites is the haunting Oradour-sur-Glane (in French, or here in English), where a whole village was massacred by the SS during World War II. The French Resistance was very active throughout Haute-Vienne and Limousin, with many villages directly involved in the effort to resist German Occupation. 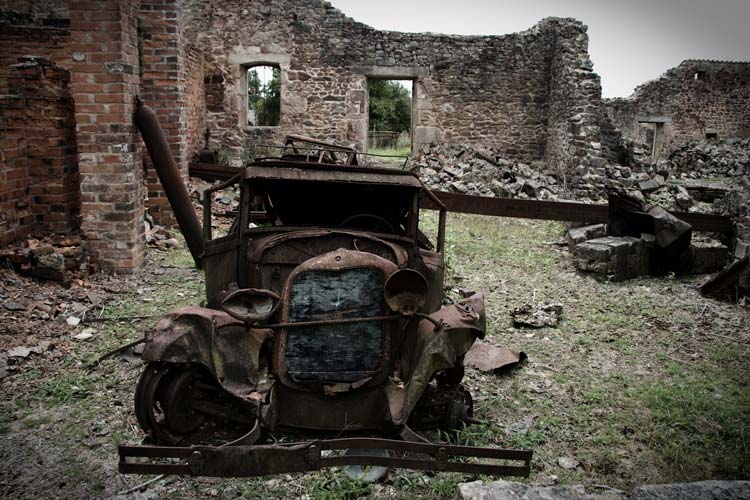 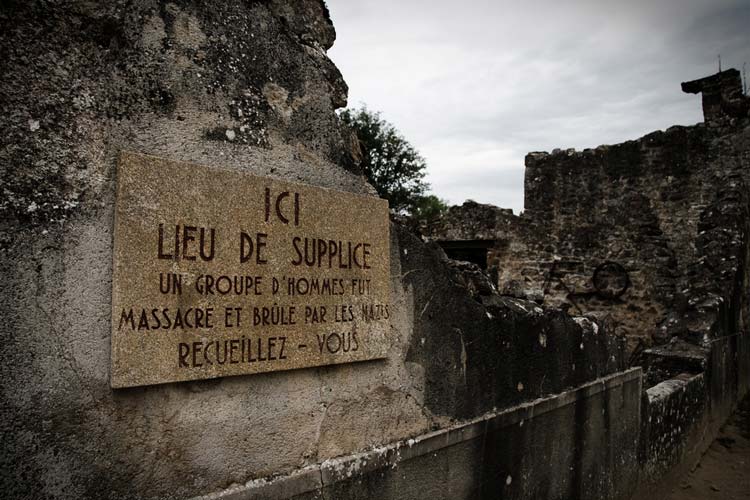 The village of Oradour-sur-Glane is a must-see. A permanent reminder of the horrors of war, it has been left as it was after the Germans set fire to it on 10 June, 1944, killing more than 600 men, women and children. Photos: Fintbo

For those interested in a more spiritual journey, Haute-Vienne is on one of France's pilgrim routes to Santiago de Compostela, with the Via Lemovicensis route crossing around 150km of Haute-Vienne after leaving Vézelay en route to Spain. There is a map here. The route can be easily identified by its red and white markers. The Route Saint-Jacques de Compostelle guide (in French) is available from the tourist office, Comité Départemental du Tourisme, at 25 rue Jean-Louis Paguenaud, 87000 Limoges (+33 (0)5 55 10 93 87). 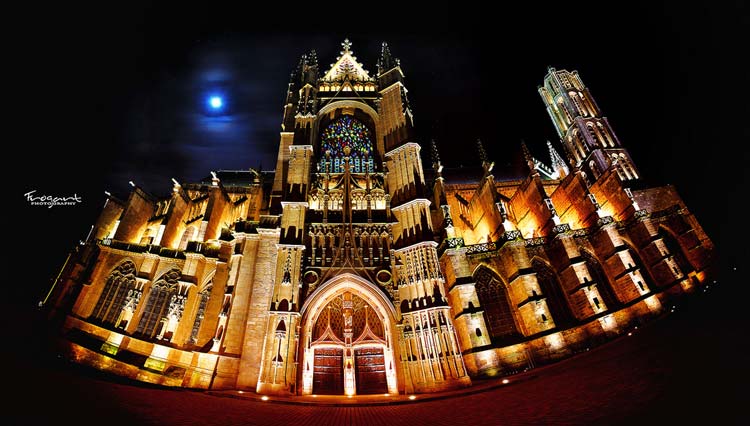 There is also much to offer mountain bikers, with plenty of great dirt tracks and byways. Although these routes aren’t particularly technical, they still offer good, honest off-road fun. They are a great introduction to mountain biking for novices and would-be off-roaders, but still challenging enough to give the more experienced rider a blast of adrenaline. See the Randonnée Haute-Vienne site and search for VTT. See also http://vtt.87.free.fr – it's in French and it isn't a pretty site, but it does include additional circuits (and downloadable maps) that some riders may find useful.

Haute-Vienne has some superb places for families to go cycling, with an abundance of safe routes that are free of motorised traffic, such as the circuit of Lac Saint-Pardoux (in French). This provides the perfect day out for families and other cyclists wanting a gentle trundle. It is a level 25km ride around beautiful lakes that are also great for swimming, sailing, waterskiing and canoeing. The route is speckled with pleasant little cafes overlooking the beautiful countryside, and providing good excuses for rest stops. Children are well catered for as there are adventure playgrounds along the route, and even a treetop high wire course for the bigger children to monkey about on.

Mechanical support tends to be a bit sporadic, but can be found in Bussière-Poitevine, at Planète Vélo in Limoges, or at the Decathlon sports store north of Limoges at the Family Village next to the A20.

Where to stay in Haute-Vienne

Chris Nightingale is a qualified Mountain Bike Leader and bike mechanic who lives in Bussière-Poitevine, Haute-Vienne.