Fancy cycling in Cognac? The famous cognac houses of south-west France are best visited by bike. Here's how. 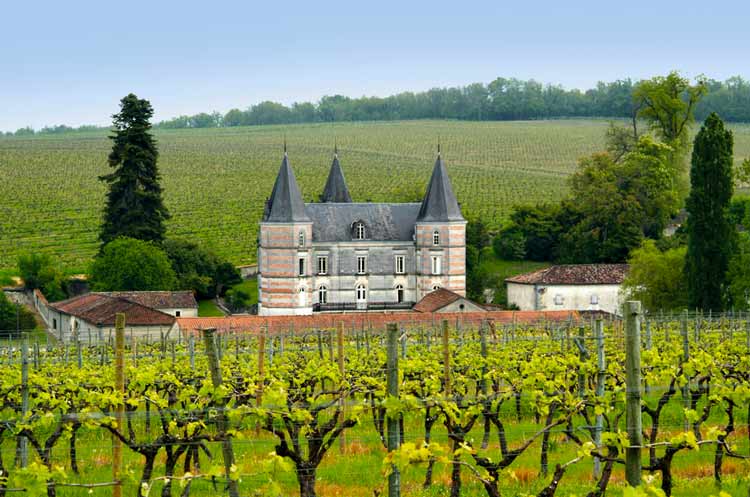 On the list of French vineyard bike routes, it's not one that automatically springs to mind. Cognac – the home of that internationally famous nectar – is often overshaddowed by the ancient vines of Bordeaux and St-Emilion to the south, and by the well-developed cycling routes through Burgundy, the Loire and Provence.

But like Alsace, Cognac is on the cusp of breaking through to France's premier league of wine routes (OK, I know, it's not *technically* a wine route – it's COGNAC – but moving right along). 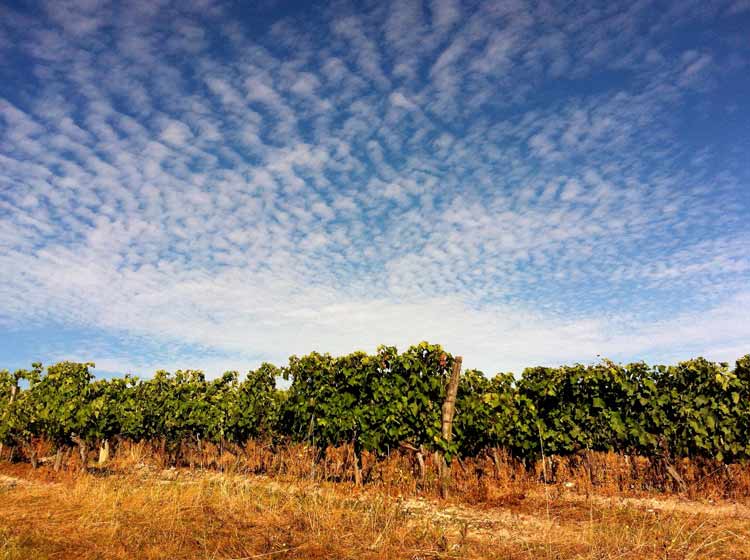 Cognac is now best-known for producing France's finest spirit – and one of its most prestigious exports – but it's always been a trading town: first for salt and then wine long before the double distillation process (here's how that works) was discovered.

Today the region is of course home to Hennessy and Rémy Martin, among a plethora of other cognac houses. There's also the Musée des Arts du Cognac and the Cognac Country Discovery Centre next door.

Away from the town centre, producers both large and small are concentrated around the town of Jarnac, which also forms the backdrop for five themed Cognac trails promoted by the local tourist board. If cognac's not to your liking, there are also some (mostly) white wine producers in the area, as well as a growing red and rosé sector. Don't forget to also try Pineau des Charentes, an aperitif made from unfermented grape must.

If you're a music fan, you might want to tie your visit in with Cognac's annual blues festival.

From the vines of cognac, the Roman ruins at Saintes are withn reach, as is Angoulême, with its unique museum dedicated to comics and cartoons (it reportedly has a collection of more than 110,000 magazines and comic books). 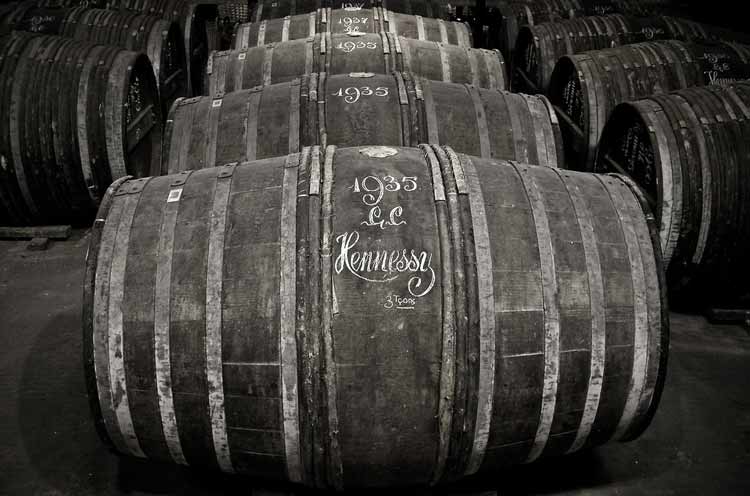 The wider Charente area has some 55 bike routes (plus MTB routes) – you can see them all here. Bike Hire Direct has a very useful page of downloadable maps, including PDFs of maps for circuits around Cognac and Jarnac (they are marked according to the level of difficulty).

There are also five signposted tourist routes across Cognac. Called the Etapes du Cognac, they were originally developed for car-based tourism, but they are being increasingly discovered – and enjoyed – by cyclists.

Here is a map tying all the routes together. (Hard copies of the map are available from local tourist offices). 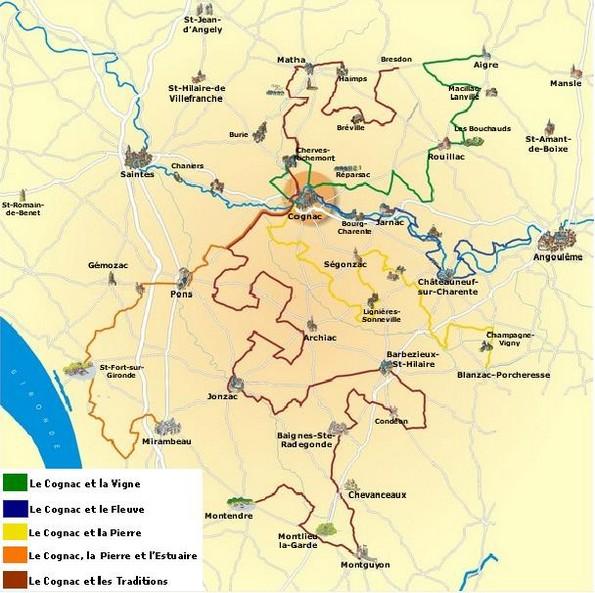 These routes have been developed by Les Etapes du Cognac, an association of winegrowers, restaurants and hotels, and you can try the fruits of their labour as you make your way around each route.

We have some great options for self-guided rides in Cognac on our Poitou-Charentes cycling holidays page.

The local Cognac tourist website has lots of information and advice on visiting the ara, including cognac houses (the site di dnot have any information specific to cycling when last I checked). The regional website is Visit Poitou-Charentes. See our article on cycling Poitou-Charentes for more cycling ideas in the region, plus these day ride suggestions.