10 things for your Burgundy cycling itinerary 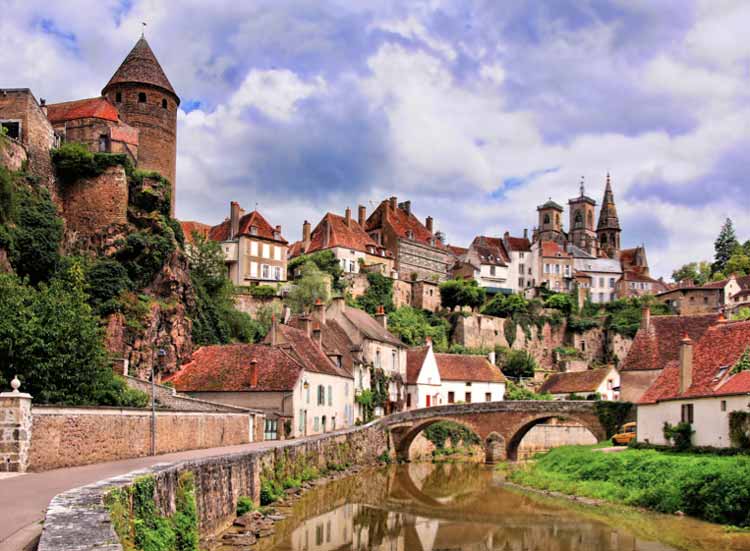 Burgundy is home to some of France's most prestigous vineyards, plus hilly forests, pretty canals and ancient ruins. It's also one of the best developed in terms of cycling infrastructure, with hundreds of kilometres of signposted canal towpaths and river routes (and it's also where the Loire bike route ends – or starts, depending on which way you're riding).

This means you can explore the heritage of the region at your own pace (often on car-free routes), enjoy local cuisine and drink wine like a native.

Whether you're cycling in Burgundy on your own self-guided tour or opting for a luxury packaged cycling holiday, here are 10 must-see things to do.

The wine villages of Pommard, Volnay, Meursault, Puligny Montrachet and Santenay are quntessential Burgundy, and eash provides a chance to stop off and enjoy the fruits of the labours of the local vignerons. (The Beaune tourism website has an excellent section where you can book cellar tours on your route in that area). 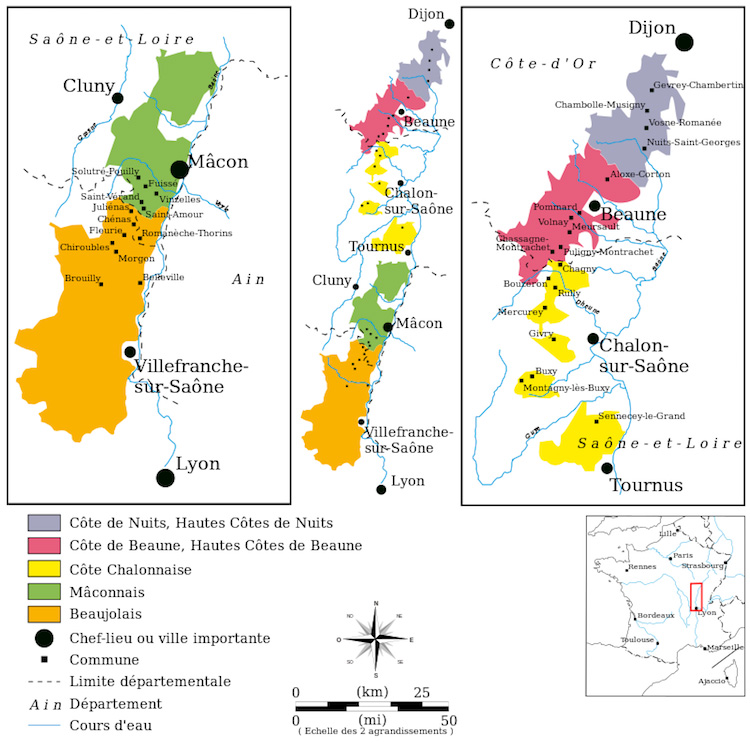 In general, the Côte d'Or has two sections: Côte de Nuits and Côte de Beaune. Côte de Nuits grows mainly Pinot Noir and other red grapes, whereas Côte de Beaune is better known for its whites, but actually grows both Chardonnay and red grapes. Stopping off for a taster of wine is a must do.

Around Beaune (which is where many people base their wine ride), Pommard produces a deep red, dry wine, while Volnay wines tend towards fine and elegant reds. Producing mostly white wines from Chardonnay grapes, Meursault wines are often described as having hints of a nutty, buttery and vanilla spice taste. Puligny Montrachet is famous for its Montrachet white wine, considered by many as the greatest white wine in the world, while in Santenay you'll find plenty of Pinot Noir and Chardonnay. 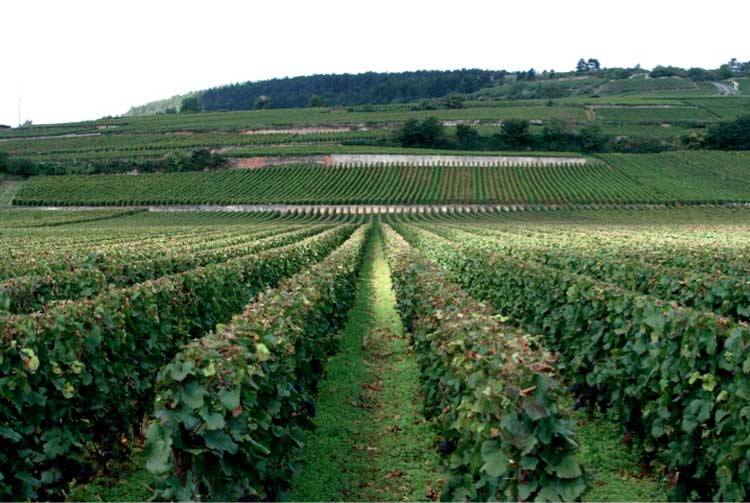 2. The beauty of Beaune

Beaune has many historical sites to discover for such a small town (the population is around 22,000). This beautiful walled city is a haven for history buffs with its remnants of battles, ramparts and moat. Around the centre of the square there's a traditional shopping area that focuses on local wine, gourmet food and fashion.

On Saturdays there is a wonderful market selling local produce, jams, cheeses and, of course, wine. This is a great place to chat to locals and enjoy the atmosphere of Beaune. It's also a good place to top up your pannier with supplies for your next day's ride.

Beaune is very accessible to cyclists, with bike routes crossing the town and also safe routes leading in from the main roads that feed into it.

Dijon – the regional capital – is much larger that Beaune (circa 150,000 people), so it's not as accessible by bike. However its Renaissance and medieval buildings make it a rewarding place to visit (as does its restaurants and its shopping – if you have space in your panniers). It is rich in architectural history and is a good place to rest for a day or two and to simply wander.

One of the most awe-inspiring sights in Dijon is the elegant architecture. Many styles remain from periods of the past like Capetian, Gothic and Renaissance, with multicoloured tiles roofs glazed in green, yellow, terracotta and black arranged in geometric patterns.

4. Glide along the canals

See our map at the top for canal and river routes – this is a wonderful way to explore Burgundy, with mile after mile of safe and traffic-free cycling combined with occasional stretched of shared routes on quieter backroads (though it can get busy in summer).  The Canal de Bourgogne is the showcase canal, running for more than 240km, with locks all the way from Migennes to Dijon and on to St-Jean-de-Losne. The Canal de Bourgogne is a colourful sight with fields of vibrant yellow oilseed rape and startling red poppies, wooded hillsides, verdant grasslands and poplar trees lining the banks. It offers a rich journey through Burgundy’s vineyards, farms, churches, châteaux, towns and picturesque villages.

Take the stress out of route-planning with these self-guided rides along the canals.

5. The Roman ruins at Autun

This is a town small enough to access everything, but large enough to have plenty to explore. Basking in its Roman origins, Autun has several ancient gateways which are still standing from the 1st century. St Lazare’s cathedral dates from the early 12th century and is a grand example of the Romanesque architecture that stands across all of Autun.

6. The forested hills of Morvan

Morvan is a land of wooded hills and large patches of greenery. The Parc Regional du Morvan is carpeted with trees and engraved with trickling streams, created in 1970 to protect the local cultures and environment by setting up animal reserves, museums, nature trails and local craft shops. It’s a perfect mixture of terrain for cycling; creating the paradisiac landscape to absorb the nature.

The parc is also THE pace to go for mountain bike riding in Burgundy, with the Grande Traversée du Morvan being the premier trail. It stretched more than 330km – there is more information here on the official site (in French).

7. The abbey in Vézelay 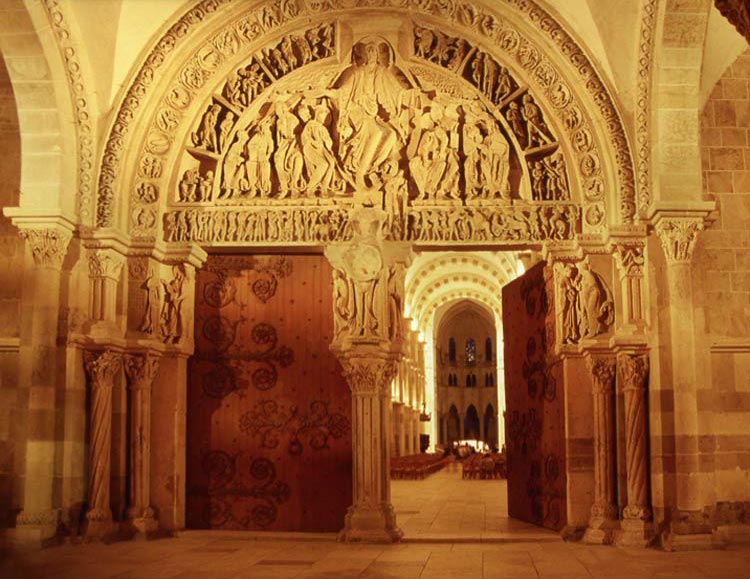 As the most visited cultural site in Burgundy, Vézelay is a charming hill town famous for the UNESCO World Heritage-listed Vézelay Abbey, otherwise known as the Basilique Ste-Madeleine. Even during periods of low clouds in the valleys, the abbey towers majestically through the mist. Without the need to get off your bike, this grand abbey is not difficult to see, standing proud as the largest Romanesque church in France. However take some time to wander inside and you'll be amazed by the quality and detail of the artwork and architecture inside.

Today the church remains a draw for pilgrims from all over the world, and is a starting point for one of the routes to Santiago de Compostela.

Châteauneuf-en-Auxois is one of the last remaining towns with examples of 14th century Burgundian military architecture. To defend the village during the Hundred Years War, towers and curtain walls were built, and many of the ruins and buildings are still around to see today. Cycling through the Châteauneuf-en-Auxois is a real joy with its fairytale turreted towers and unique arts and crafts shops. Even better – its easily accessible from the Burgundy Canal towpath.

9. The cathedral in Auxerre

The Cathedrale St-Etienne stems from the 11th century, renowned for its Gothic style, three doorways and bas-relief sculptures. Around the flamboyant facade stands the stained-glass windows in reds and blues, amongst the finest in France.

Fontenay Abbey is a showcase of Romanesque architecture in northern Burgundy (it's also the only UNESCO World Heritage-listed property that's owned privately). Founded in 1118 by Saint Bernard and set among the marches near Montbard, it's been preserved as a museum of 12th century Cistercian monastic life (during walking tours you can see ancient relics working as well today as they did in the 13th century). The property is also regularly used as a film set – it may be familiar to you already if you've seen Jean-Paul Rappeneau's Cyrano de Bergerac or Philippe Monnier's L'enfant des Loups.