Taking a bike on the Dover-Calais ferry

There's something special about crossing the English Channel and the feeling of adventure to come. Richard Peace shares some tips for taking your bike on the Dover-Calais ferry. 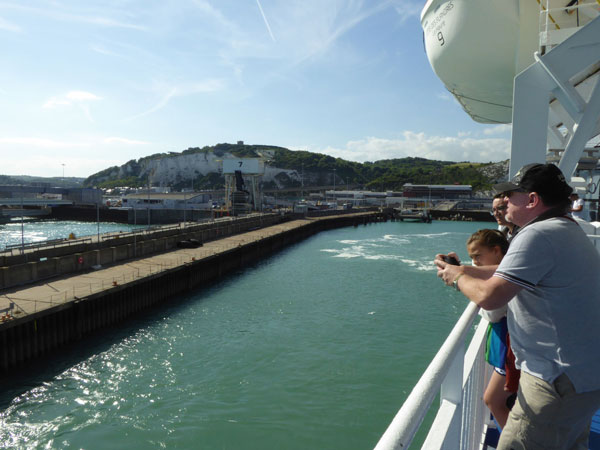 Saying goodbye to the white cliffs of Dover.

Dover to Calais is the quickest ferry route from the UK to France by some measure at around one-and-a-half hours. The Dover-Calais ferry is also the most popular UK-France crossing, with many sailings each day.

It's also ideal for cyclists. If you want to explore the Pas-de-Calais and Picardy areas, it gets you straight there and it also offers the possibility of an unofficial, unsigned London to Paris route with a much shorter ferry crossing (the Avenue Verte uses the Newhaven to Dieppe ferry).

If you like the romance of travel, arriving by ferry really feels like arriving in the country properly somehow, especially on a glorious summer’s day when the sun is sparkling on the English Channel and the white cliffs of Dover recede into the distance behind you.

I took the DFDS service from Dover’s Eastern Docks in early July. There is also a P&O Ferries service. Getting on at the Dover end was easy peasy but here’s my tips for a smooth trip with a bike.

1. My ticket advice said arrive 45 minutes early or 90 minutes during peak periods (though it doesn’t say when peak periods are…). If you're much earlier than 45 minutes, check at the information building if it's OK to board (if you're too early and try to board you'll just be turned back). 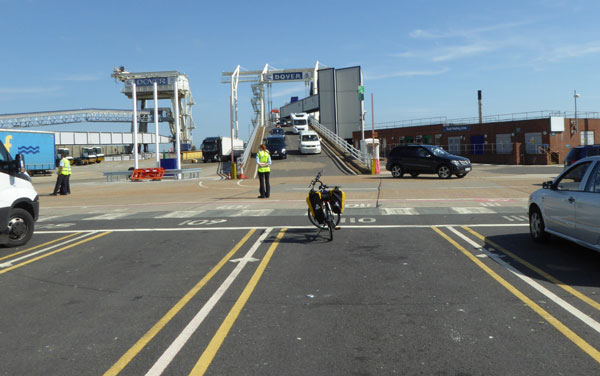 2. Follow the red line as instructed at the entrance and have your passport ready to show French passport control. You get a 'chit' or a slip of paper at the next barrier control and then take this to the small check in building to get your lane number. If you're the only cyclist on the trip like I was, you may get a lane all to yourself as I did. 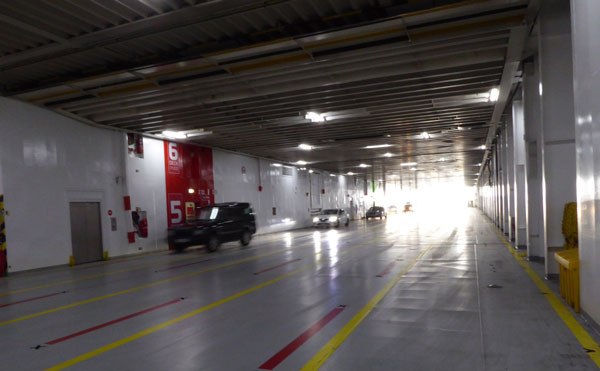 3. On the ship let the crew take charge of your bike to lash it up and chock the wheels. Remember what level you are on as there can be more than one. 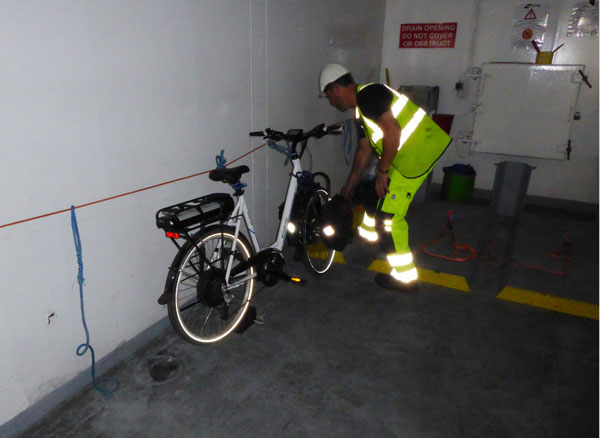 4. Disembarking at Calais needs careful attention. I assumed there would be clear lines to follow as at the Dover side, but I found myself in a large open area crossed by lorries. I decided to follow the car exit signs for want of anything better – this almost took me onto the autoroute, which would have been illegal and quite hairy. I should have found some port staff to ask so you may want to do the same unless you receive clear instruction. (I was later told by DFDS that there should have been someone at the French end to direct cyclists to the exit). 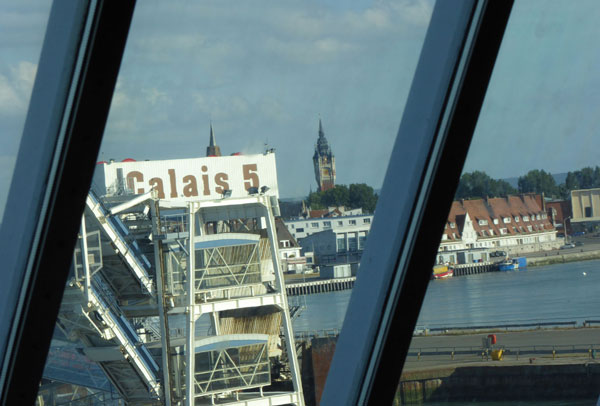 I was on my own so the above applies to solo riders or small groups. Protocol may be different for large groups. DFDS say they can take up to 700 bikes on any one sailing (e.g for a large charity ride). Over a certain number, you need to make special arrangements rather than buying tickets through the usual channels – I've been told over 150 require port and revenue authority. If in doubt, check direct with DFDS.

In practice, most ferry fares have gone the way of airfares. They are extremely flexible and are changed regularly according to how well a particular sailing is selling, and how near it is to the departure date. However, Dover to Calais is always gong to be an extremely competitively priced option providing you can get to Dover itself at reasonable cost.

As an indication, DFDS has Calais from Dover return tickets for one person and a bike from at £50 in peak season (July). However it's worth checking comparing dates and times.

P&O Ferries also runs Dover to Calais services, and foot passengers with bikes can book via the website. You need to book one bike per reservation – if you're in a group, you need to buy separate tickets. There is a page here on travelling with bikes.

If you're travelling with bikes on the back of a car, you just buy a regular car/passenger tickets rather the foot passenger/bike tickets.

You can check prices and compare options at www.Aferry.co.uk

OUR REVIEWER
Richard Peace is founder of Excellent Books, specialists in cycle publishing. He has made several tours of France (including on electric bikes and folders). He is the author of Cycling Southern France, Cycling Northern France, and Electric Bicycles: The Complete Guide. He is a regular contributor to A to B magazine, Bike Europe and writes for Eurobike Show Daily.

Need to take your bike on a ferry? See our information for taking bikes on ferries to France.