French road types and signs (and what they mean)

Understanding the different types of roads and their associated signs can make a huge difference to your enjoyment and safety. 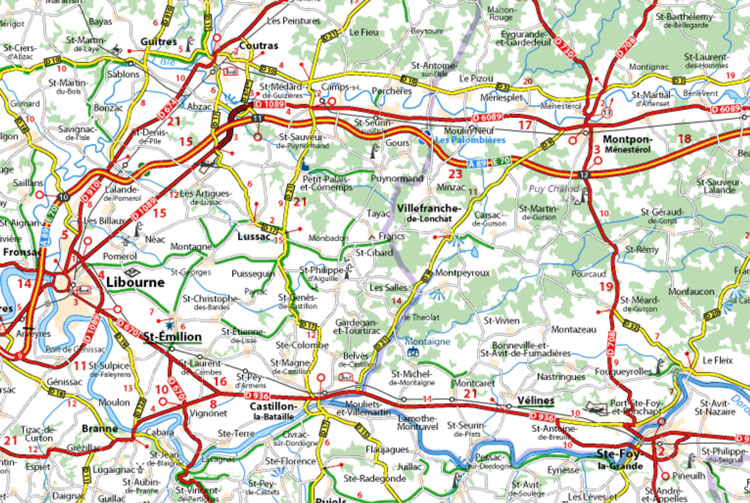 A typical Michelin map route (near where we live)

In France you will for the most part find four types of roads. The descriptions below assume you are looking at Michelin maps either in paper format or online, rather than Google Maps because the differentiation in colour can more readily help identify the best way to cycle away from traffic. Obviously, these days there are lots of choices for mapping your routes but armed with the information below it should still be useful to understand the differences in road types on the platform of your choice.

Autoroutes (Axx): Red and yellow and marked with an ‘A’ these monstrosities are to be avoided at all costs by the cyclist. It’s illegal to ride on them anyway, even if you were insane enough to try!

Routes Nationales (Nxx): The original autoroutes, these 2-4 lane highways criss-cross the country. They are big, fast and dangerous for people on bikes. There are often no shoulders to speak of and offer an alternative to vehicles that don’t want to pay the tolls on the autoroutes, so you get lots of trucks and vans on them, and us when driving. Only use these red or red and white roads if you have no other choice and be careful at night, they may not be lit at all.

Yellow departmental roads (Dxx): The yellow départementales are larger, faster (up to 90km/h, but sometimes 70km/h) and busier than smaller roads. Often you will take these to get somewhere fast, or they may be your only option to link to a smaller network. For the most part, these roads are perfectly fine for bicycles.

White departmental roads (Dxx): The white départementales are in most people's view the way to go if at all possible They are the smallest roads and consequently often traffic-free, especially in remote and rural areas. They link villages and smal towns. This is your low-stress option if you hate traffic. However, they do meander from village to village, totally disrespecting the concept of the straight line and sometimes adding many more kilometres to your mileage than Google told you it would be.

Voie verte cycle paths: These are shown as red or green dotted lines depending on the maturity of the route. On Michelin maps there is usually also a bike/runner symbol. Voies vertes are traffic-free, usually canal/river towpaths or converted railway lines. They differ from 'veloroutes' which can be a mix of voies vertes and backroads shared with cars.

At virtually every crossroads there will be something telling you at least one of the following useful bits of information (unless, of course, you are desperate to know where you are and then you will not see anything for ages).

Have a look at the photo below: 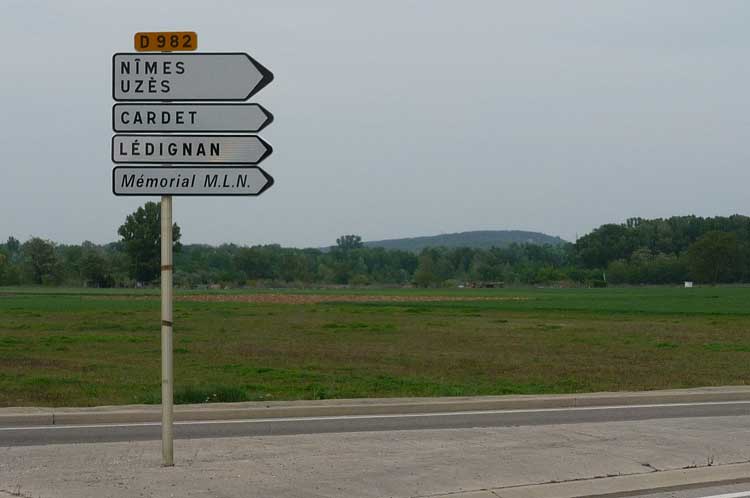 This route is the D982, which, if you follow it, will take you to Nîmes and Uzès, but also Cardet and Lédignan. The last two will usually be different roads from the D982, since they are separated from the top two, i.e. you will reach a turnoff at some point down the road.

The colour of the sign (white) tells you that this road, plus the routes that go to the two separated villages, are on départementales, either ‘white’ roads or ‘yellow’ roads on your Michelin map – usually good roads to ride on. 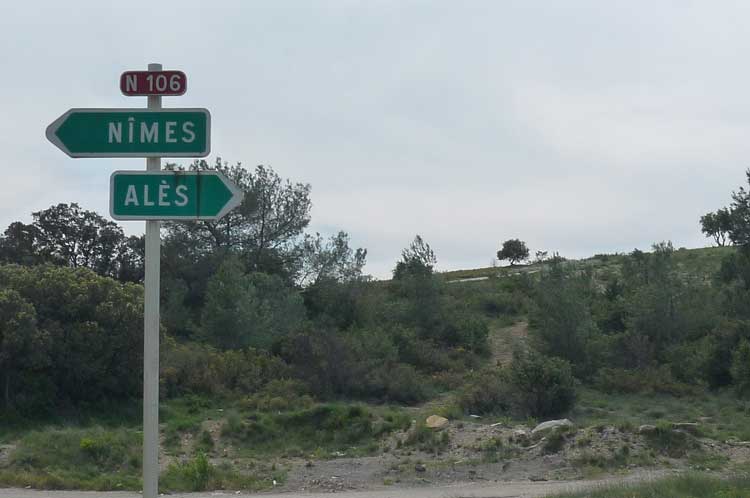 This next one is not so friendly. The red number above indicates a nationale; a large, fast trunk road, usually loaded with trucks and with a speed limit of 90 km/h. The green also tells you that the road that goes to the two cities indicated is also a nationale, in this case the same one (N106). There are advantages of these fast and furious roads (they are straight, for one), but in general you want to avoid them at all costs, unless you need to make up time fast.

This next one is just to demonstrate the mix you will see often. In this case, going to Mirande might be nice (once it turns off the N21), but Tarbes could be 54km of traffic-filled stress. 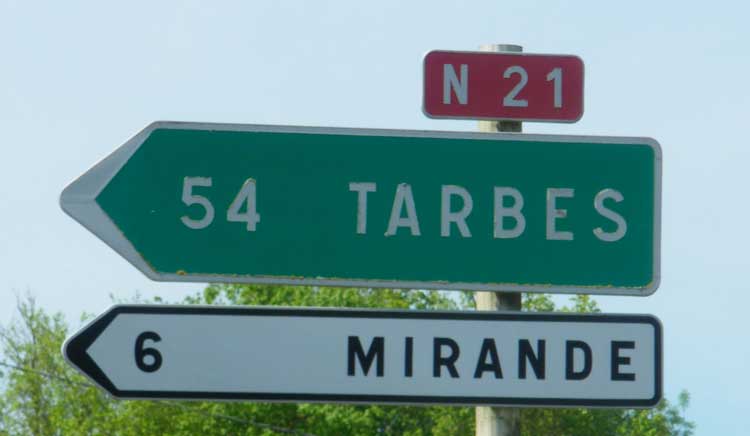 And finally if you see something like this, STOP. 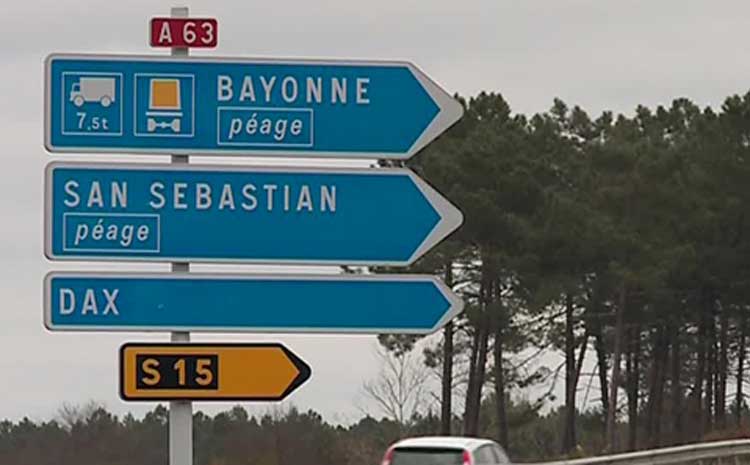