Buses to France - A Guide for Cyclists

Buses are a relatively cheap way of getting to France, but they aren't without obstacles if you want to take your bike with you. Here are your options. By Lynette Eyb.

If you've got time on your side, buying a bus ticket to France can be excellent value-for-money, especially if you book in advance. If you're taking your own bike, however, the options are limited.

For people without bikes who are joining a cycle tour in France or planning to hire bikes locally, Eurolines can be an affordable and environmentally friendly way to go. The network links 500 towns and cities across Europe, so you have plenty of destinations to choose from.

Unlike ferry companies and Eurostar, which generally have relatively clear bicycle policies, it's not so easy to work out where you stand with Eurolines, a situation complicated by the fact that the company's services are opeated by local carriers across Europe. 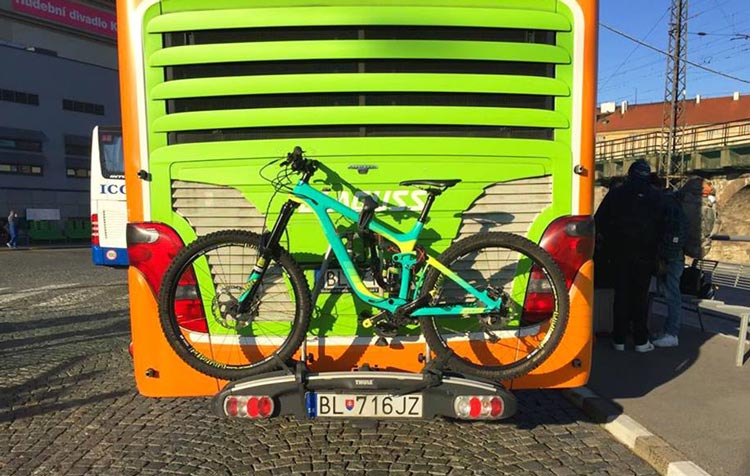 Flixbus is a relatively new service – and a very bike-friendly one. We have a page on it here.

The Eurolines bicycle policy generally excludes all bikes except folders, which are allowed on some journeys to and from Paris provided they are packed in a padded bag or hard case.

It's worth checking, though, with the carrier at your point of departure (and definitely before booking) as the rules do differ across European countries. The UK site's terms and conditions are opaque, saying folders aren't allowed, but then suggesting that they may be allowed if the timetable permits. Services from the Czech Republic, on the other hand, actively encourages bikes, provided they are disassembled and packed as luggage; you also need to book the bike in advance by phone. Services from Ireland allow folders if packed as luggage; bikes are only carried if space permits and there is a reference to a cycle charge but there is no mention of this anywhere else on the site. 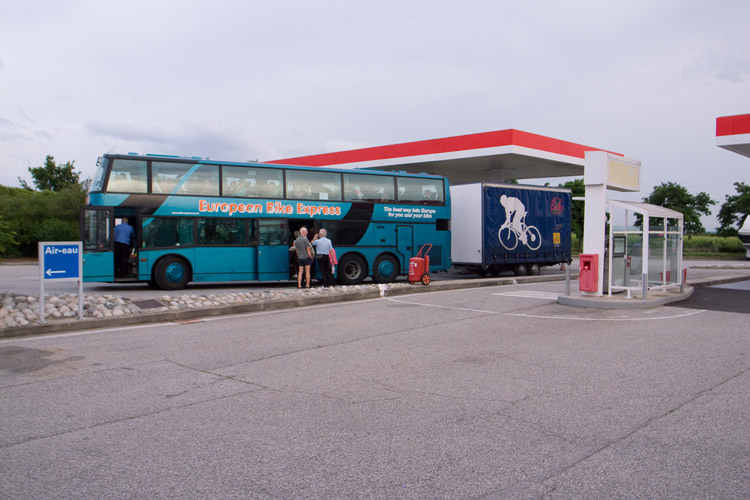 The European Bike Express, which started in 1993, offers the one guaranteed means of safely transporting your bike to France by bus.

The Bike Express bus pulls a specially designed bike trailer to accommodate bikes of all shapes and sizes, along with all your cycling kit, including panniers and trailers. The service offers two main European routes: an Atlantic Coast route that links Calais to the Pyrenees via Orléans, Tours, Poitiers, Saintes, Bordeaux, Bayonne and Lourdes, before returning north via Toulouse and Agen; and a Mediterranean route that takes in the Alps (Nancy, Lyon and Grenoble) and the Med (Montpellier, Narbonne and Perpignan) before crossing into northern Spain.

Pick-up and drop-off points in both the UK and France are outlined on the website, where it is also possible to make reservations.

See also our guides to flying to France, catching ferries to France, and taking the train to France and around France once there.