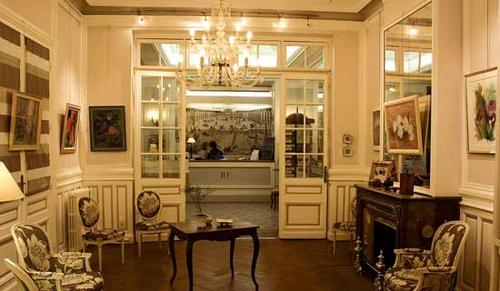 Elegant city centre hotel that has been lovingly restored. It has a luggage room for bikes and cyclists on staff who are keen to share their local bike knowledge with guests. The Grand Hotel Francais, set in a quiet but central street, was bought by the Frenchman Jean Auriacombe back in 1987. He spent a year restoring it and returning the building to its pre-war glory. The hotel is now run by Jean's son, Frederic, and his wife, Sandrine. It has been listed in the Michelin guide since its re-opening. Close to cafes, bars and restaurants in the UNESCO-listed city centre. Free wifi and complimentary breakfasts. The hotel also carries the French eco label for environementally friendly hotels. French, English and Spanish spoken.