Stay where German soldiers bunked down prior to the liberation 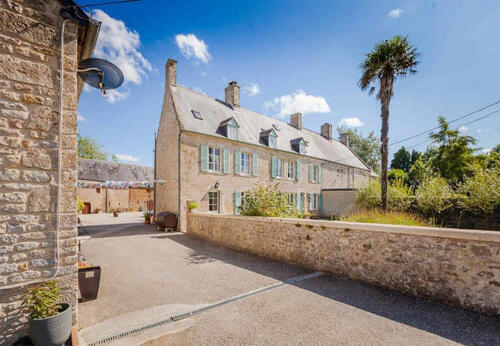 Open: All year except December 14-January 14

It's hard now to imagine the Normandy coast in World War II. The beaches here are peaceful now, the fields full of farm produce and animals. Exporing the D-Day beaches by bike brings the juxtoposition of this serenity and the brutal history of the area into sharper focus. The Old Farm of Amfreville in Cauquigny is just 4km from Sainte-Mère-Église, central to the D-Day airborne invasion and where paratrooper John Steele was caught on the church spire (as depicted on The Longest Day). It was here, too, that Band of Brothers was based, bringing the landings to life in all their horror. But history is brought even closer to home when you stay at the Old Farm of Amfreville B&B, which was used by the German army throughout the occupation. It was from here that a field post office and communications centre was run. Later, it was used as a German field hospital during the battle of Normandy until its liberation by the 82nd Airborne Division. The present owners, David and Alyson, offer a warm welcome to cyclists. The B&B is ideal for signposted D-Day cycling routes, and is also near the D-Day to Mont St Michel route that takes you to the area's other high-profile attraction. Explore the Tour de Manche or cycle on to Paris. The Old Farm of Amfreville B&B sleeps upto 6 people. Secure, lockable storage area, plus stacks of local knowledge from David and Alyson.