A charity bike ride can be a big commitment. We asked Steve Fabes, who is cycling six continents in five years for the Merlin medical charity, what impact deciding to ride for a charity has had on his trip. 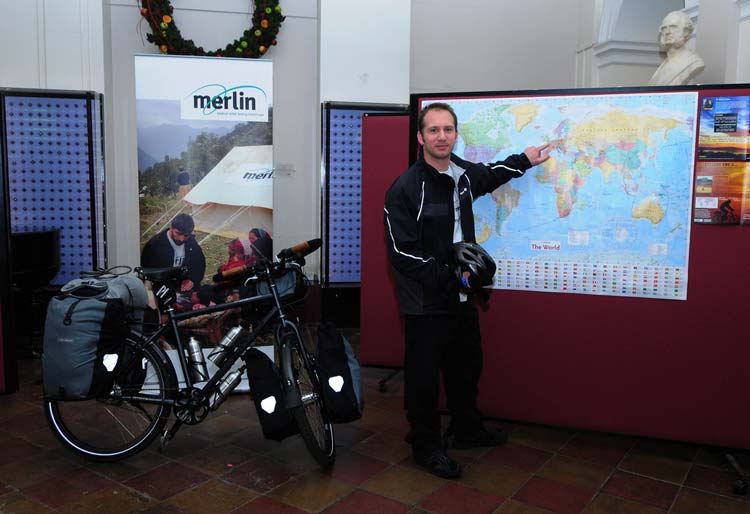 Steve checks his route prior to departure from St Thomas's Hospital in London on January 5, 2010. Photo: Steve Fabes/Cyclingthe6

How did you go about deciding to make a charity central to your ride?

Very simply because cycling the length of six continents is a long, exciting and ambitious challenge and so there was an obvious potential to raise lots of money for cause that was important to me. It was an extra motivating factor and changed my five-year holiday into a project that could really make a difference through raising funds and providing essential healthcare to those in need in remote and poor parts of the world. I felt that my journey was an emotive and unique challenge which had the raw ingredients to stimulate public interest as I rode around the planet. I knew that I could use the media coverage it would receive in the UK and overseas to help raise both funds as well as awareness of the work Merlin, my chosen charity, carries out worldwide.

Did riding for charity inspire your trip, or did you decide to ride for Merlin after you'd already committed to the ride?

I was already committed to my ride, but I felt that raising money for a cause I believed in was an essential part of the project and a worthy byproduct.

You're a doctor and you're riding for a medical charity. How important is it to align yourself with a charity you have personal or professional interest in? Would you have been so successful if you'd been riding for a non-medical charity to which you had no existing links?

As a doctor, off on a truly global adventure, I felt it was important to help a charity which delivered medical aid worldwide. I’m utterly convinced by Merlin’s goals, ambitions and determination to redress health care inequality – a fundamental problem affecting world health – and so I knew that this conviction would come across in pledges for money and in opportunities with the media. Having a personal or professional link to your cause and having a good understanding of your charity's goals and ambitions is very important and will make it easier to reach your fundraising target. 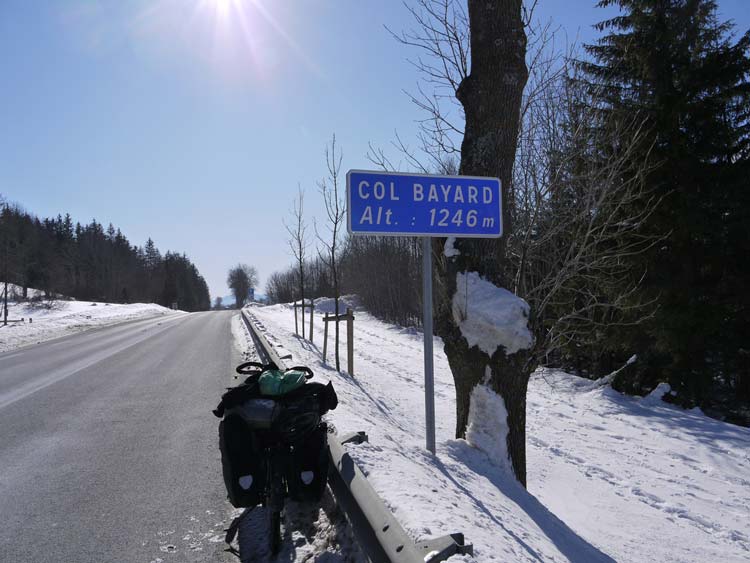 Ascending Col Bayard – a 7.5km climb in the Provence-Alpes-Cote d'Azur – on a cold and snowy French day. Photo: Steve Fabes/Cyclingthe6

How did your decision to ride for a charity influence the planning of your trip?

There is no doubt that the charity fundraising aspect of my project was the part that required the most work, time, effort and imagination. Planning the route, selecting the right gear and even putting together a website were all small tasks in comparison. During the months before I left the UK, I spent lots of time sending out emails and posting brochures, organising fundraising events, attempting to secure corporate sponsorship, giving public presentations and getting media coverage.

Is it important for you to pass through or visit countries where Merlin are working?

For me this was vital. I recently visited Merlin projects in Turkana, the remote north-west province of Kenya. Nothing could have replaced witnessing the work of Merlin and meeting people whose lives have been changed because of it. I instantly understood more about the needs of the population, nomadic people for whom delivering healthcare is an immense challenge. Understanding more about the impact that the money raised from my bike ride has had has been immensely rewarding and a huge boost during a long and lonely expedition during which I often closely scrutinise my own motivation and hope that I don’t give up. The more a project includes a willingness to engage directly with the cause, the more credibility it will have with potential supporters.

Do you feel any additional pressure to complete the ride or stick to your plans as a result of your charity commitment?

I think raising money for Merlin has made me even more determined to complete what I set out to achieve, especially since I’ve been able to visit some of Merlin's projects en route and see firsthand how the money is spent and why the need is so great. 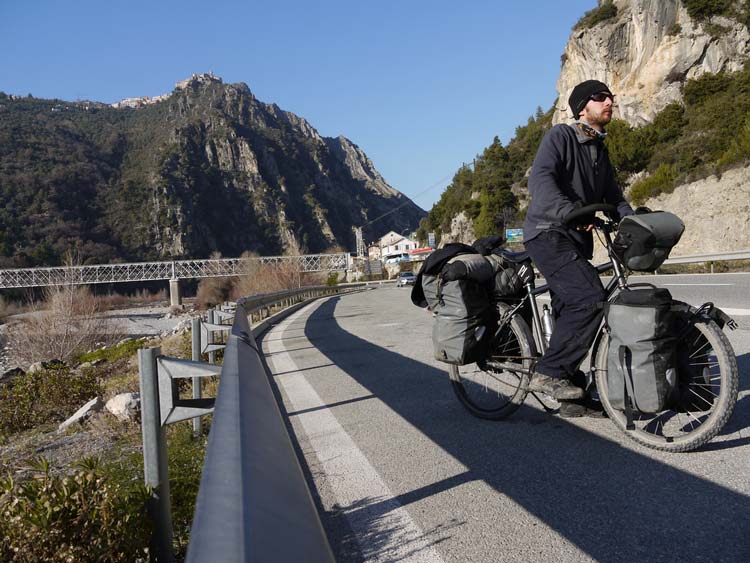 What lead time do you need in order to fulfil your commitment to the charity?

Mine is a very long journey, so I had a longer than usual lead time. I began planning my journey two years before I set off and fundraising perhaps a year and a half beforehand. It’s important to meet with your charity early on and set out a plan, including setting your fundraising target and detailing how you can help your charity raise awareness through any media coverage your bike ride might receive. It’s also when you can discuss how they can support you and what expertise they can offer.

What advice do you have for cyclists regarding managing the expectations of the charity?

I think it’s important to meet regularly with your charity and discuss where you’re up to. It’s also important to understand that these are very busy people, so don’t take up too much of their time! If you do any interviews, let your charity know beforehand as they may want copies of the article or to listen to the broadcast.

What level of commitment to the charity is involved once you start riding?

The key is to try to forge a long-term relationship between supporters of your bike ride and your charity. If you can get people to agree to regular monthly donations, you'll raise more funds in the long run. If your bicycle journey takes place over a particularly long time period, then people can easily forget about you and lose interest, so remember to keep everyone updated and this is, which is where the social media are fantastic tools. It’s important to document everything you can. Alongside your memories it’s all you’ll have when the ride’s over. I make regular updates to my website, my blog, and send out a newsletter and email updates. I also update people on my Facebook group and upload my photos to both Facebook and Flickr.

Once I got underway, I got in touch with my old school, detailed my journey and they raised money for Merlin on my behalf through a sponsored walk. If you can inspire others to organise events, it's a great way to raise funds whilst you’re on the road. I also often visit newspaper offices in countries as I ride through. Sometimes local people sponsor me after reading the story – in an Italian newspaper, I was described as ‘the real Forest Gump’!

Does the charity aspect open doors or spark conversations on the road that you would not have otherwise had?

People are often pleased to meet me and often invite me in for food or to the spend the night when they hear of my plan and the fundraising effort for Merlin. I raised a significant amount of money just through donations I’ve received from people I’ve met along the way.

You can follow Steve’s progress via his website and blog, and make a donation via his Just Giving webpage.