We review two coffee table books released to coincide with the 2013 Tour de France, the 100th edition of the great race. By Lynette Eyb. 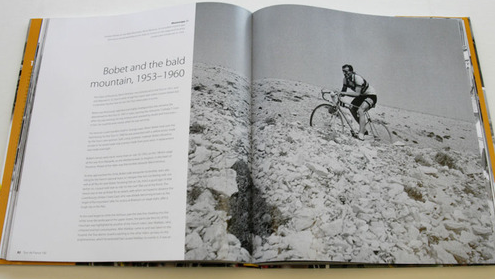 There's never a shortage of books about the Tour de France – every aspect of the great race has been pored over in minute details over the years. Capturing the race's unique and controversial history has always posed a problem for authors trying to sort the myth from the reality.

Here, we talk about two others in more detail. 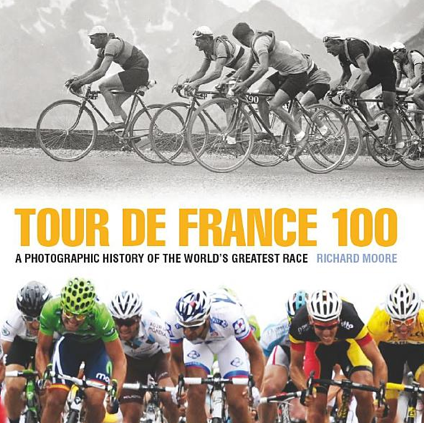 Firstly, I'm a bit of a sucker for photo-led books. There! That's the disclaimer that justfies why I knew I'd like this book even before I opened it. Photos often tell stories better than words, and a great photo well captioned can be magic.

That's what Richard Moore achieves here more than once. From his 'Doping Dane!' caption for Bjarne Riis to the four-frame spread of Armstrong bullying Filippo Simeoni in 2004, Richard Moore provides a factual and at times bleakly honest account of the history of all 100 Tours de France.

Moore, of course, is one of the most prolific writers on the Tour de France. Previous books include In Search of Robert Millar, Slaying the Badger, and Sky's the Limit, thestory of how Team Sky won the Tour de France with Bradley Wiggins (here's the story directly from Wiggins).

He breaks this book down into eras characterised by leading riders, key controveries or great rivalries. Each section is led by a 2 or 3-page introduction before the words give way to the photos. And what photos they are: a finely edited selection of photos that, when viewed in one sitting, provide a fine overview of the Tour's history – all its glory and its shame laid bare; the winning at all costs, the fraudulant comebacks, the doping, the deaths, the accidents and the recoveries.

This is the book for your coffee table as you tune in to wait for the peloton to light up your TV screen.

Tour de France 100: A Photographic History of the World's Greatest Race (UK, US) by Richard Moore is out now. 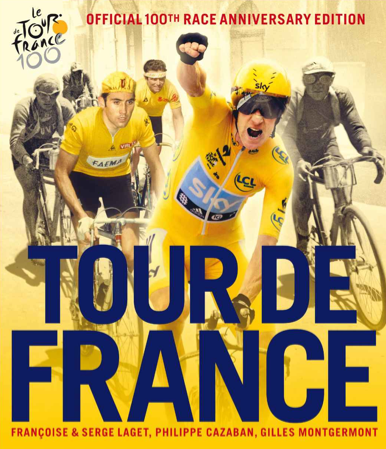 Billed as the 'official' souvenir book of all 100 editions, Tour de France takes a race-by-race approach to reviewing the history of the race.

For each year there's a route map, photographs (not some previously published) and a narrative of how the race unfolded. The early 20th century race profiles are great, as are the images of these races; advertisements for races and the covers of old magazines are also used to capture the magic of classic encounters. Profiles of each of the jerseys are run throughout the book, providing a history of the yellow jersey, the green jersey, the polka-dot jersey, and the white jersey.

Of the two books reviewed here, however, it's Moore's that covers the Armstrong era most successfully, likely owing to the more flexible design of his book. The official version is trapped in a year-by-year breakdown of each Tour, and forced to soldier on, recounting in faithful detail each of Armstrong's 'wins' (though without the inverted commas) as they happened. Editor Peter Cossins confirmed that the French version of the book had been written before the Armstrong confession, with the English edition re-edited after the USADA ruling. This must have presented some problems for the team working on the book given that, pre-USADA, the team would have had no alternative but to present the Armstrong years as legitimate victories.

Given the timing, the 7 Armstrong wins have been amended to include the USADA ruling and to remove him as winner, but the narratives are true to the races themselves. After headlines like 'Armstrong claws back the great escape' and 'Rumsas affair taints Armstrong's fourth title', there's a two-page spread entitled 'USADA dossier leads to Armstrong's disgrace', which ends by giving Armstrong the last say, telling Oprah: "I am flawed, deeply flawed", as if that was excuse enough to explain it all away.

Those years, though, and the interpretation of such quotes and occurences will always be subject to debate, not much of it objective. Armstrong aside, this book is an excellent account of the history of the Tour de France, and a worthy souvenir for Tour fans.