As we have so many readers in the UK, we occasionally review books from the other side of the Channel. Here, Richard Peace reviews the second edition of The Good Mountain Biking Guide for England and Wales. 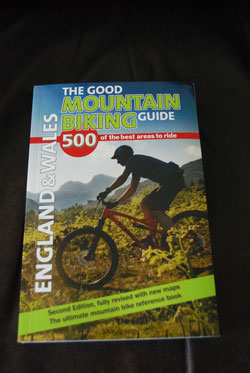 This is the second edition of this book which is the most comprehensive mountain bike guidebook out there covering the whole of England and Wales.

It’s not just the fact that it contains 500 suggestions for areas to go mountain biking in, it’s also the quality and detail of the mapping that makes it stand out.

While the actual contents of the second edition remain largely the same as the first edition (though with the addition of updated listings of trail centres), the mapping has a key extra in the form of highlighting around a suggested day ride.

Each of the 500 area entries also detail many more tracks over and above the core suggestions.

Why not just rely on the many sources of online routes? Well, for a start this book has been compiled by experienced riders, so the routes themselves will be both legally sound and great fun; not always the case with online routes which can be a bit of a lucky dip depending on the experience and knowledge of the contributor (here I’m thinking of the many GPX route sharing sites out there).

The guide maps also feature contours, route surface condition notes, cafes, pubs and parking spots – information you don’t always get with online route suggestions. Lastly, from a personal point of view, I actually find reading a book easier than scanning a computer screen – it’s easier on the eye and there’s no zooming in and out of maps to get the right scale or jumping between websites to garner different bits of info. At just under a kilogram in weight, it’s not a book you would want to actually take out on the trail with you. However, as a mountain bike route reference tool for route planning, it's invaluable. 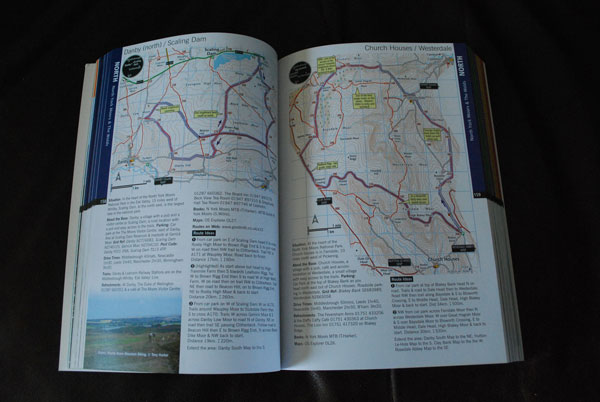 Some areas stand out as being ideal ‘training grounds’ for planned mountain bike excursions to France; Lake District for the Alps or Pyrenees, the southern Downs for the hills of Normandy, or East Anglia for the Marais Poitevin. But of course bear in mind distances (and so, of course, the length of climbs) can be of a different order of magnitude in France, especially in the major mountain ranges, whose topography and weather is potentially much more of a serious proposition than any found on English and Welsh MTB routes.