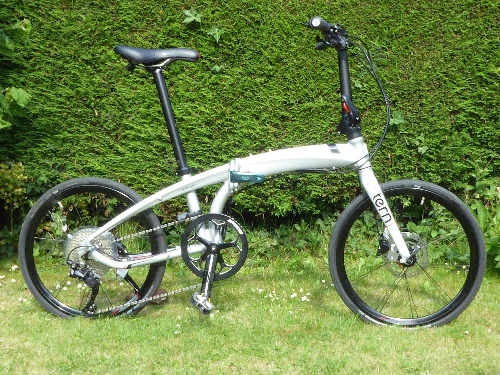 Tern produce a number of bikes in their range designed to fold fast and ride fast. The Tern Verge P10 is one such bike. It mixes technology from both the road bike and mountain bike worlds to come up with a unique blend of qualities in a folding bike.

The Verge is based around an elegantly simple hydroformed aluminium alloy curved frame with a single main frame member and a mid-frame hinge.

Unusually it features 451mm diameter rims – only a little bigger than the standard size used on 20”–wheeled folding bikes which feature 406mm diameter rims – but designed to give a faster and more stable ride. 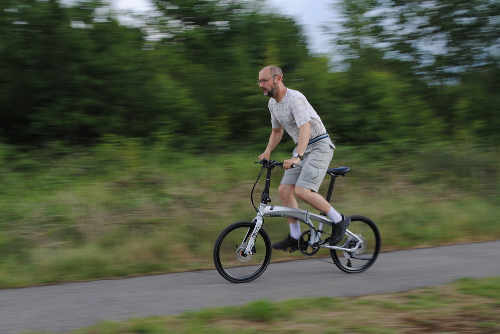 The Verge’s Schwalbe Durano tyres are touted as being fast (recommended running pressure is 115psi) yet tough for racking up the miles on roads that may not the be kindest to the tyres. Hence they incorporate puncture protection in the form of a Raceguard puncture protection belt and a double layer of nylon in the casing. They get rave reviews from hardcore road riders who keep cycling in all weathers and in all road conditions.

The mountain bike-inspired element comes in the form of a 10-speed, wide ratio 11-40 tooth gear cluster with Deore changer and derailleur, the latter featuring a ‘clutch’ style mechanism to stop the chain bouncing around on the bike. 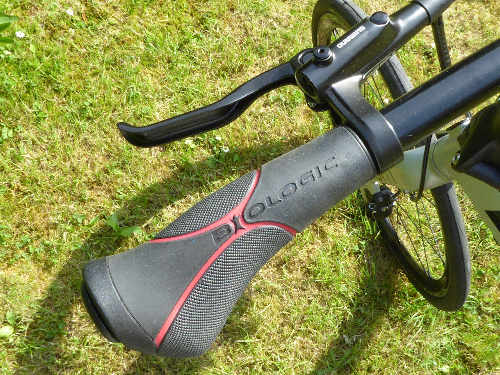 The weight, 12kg, is pretty light for what is a pretty large folding bike. This is achieved no doubt by carefully putting the alloy only where needed on the frame but also by using some lightweight components such as the Strut seatpost and the Kinetix Pro Disc wheels that use paired spokes.

Convenience and comfort haven’t been overlooked at the expense of all these high performance components: a Porter+ saddle, quick release pedals and wide, tactile BioLogic Arx grips and kickstand mean this is a practical, comfortable and fast machine. Bike-specific mudguards and rear and front racks that can be fitted as optional extras for a fully equipped ride.

The fold and the ride

The Verge P10 uses a quick and easy traditional fold in half design. Break the frame in half with the tension-adjustable hinge then swing the two halves together so that they stick together with the rear magnet. You have to watch the two magnets together but once they are ‘in range’ of each other they feel fairly firmly joined. Unhinge the handlebar post, fold down and secure with a rubber strap then slide down the seatpost. The pedals quick-release if required and clip under the back of the saddle. It's a tool-free operation that I managed to accomplish comfortably in under a minute. 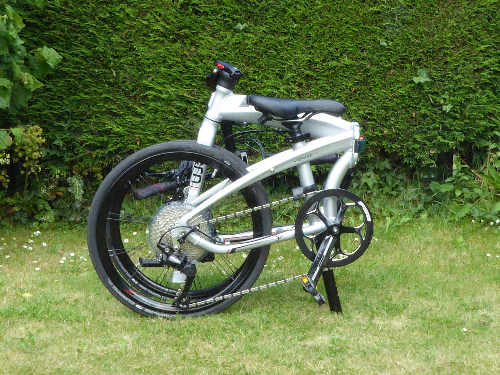 At 80cm x 74cm x 38cm, it is certainly one of the less compact folds out there. It’s easily handleable in most situations and still plenty light enough and small enough to make a feasible train commuter.

However, if you need to get the bike along lengthy concourses, through ticket barriers and the like when it is folded you might be better looking at Tern’s slightly heavier BYB model, which is made to ‘trolley’ easily and quickly over longer distances when it may not be comfortable to carry, though it lacks the slightly larger wheels and lower bottom gear of the Verge.

My only quibble was the fact you have to pay attention to the magnets on the Verge – the two halves of the bike can spring apart if the front wheel is knocked or twisted when the bike is folded, but with a little care in handling you should be able to avoid this. It would be nice to see some kind of anchor bolt mechanism used instead though, especially as the company have designed and use such a thing on their BYB folding bike.

Similarly the bike is pretty light and portable when not folded, especially when using the Porter+ saddle which is designed to be hooked over your shoulder and means you can get the bike up a flight of stairs easily for example.

Is the bike really as fast as it looks? In a word, yes – the wide gear range and low bottom gear combined with the narrow, high pressure Durano tyres mean not only is it quick but it’s impressively easy to pedal up steep hills at a good lick. The aerodynamic modelling of the sexily smooth frame lines and the minimalist aero style wheels with paired spokes no doubt also add to its speedster credentials.

For such a quick bike I found it remarkably comfortable. There is plenty of cushioning from the Porter+ saddle and the handlebar stem is adjustable fore and aft with an allen key, even though the bike arrived set up for a fairly upright ride which I found very suitable for my style of riding. The BioLogic Arx grips were chunky and tactile and also added to the comfort. 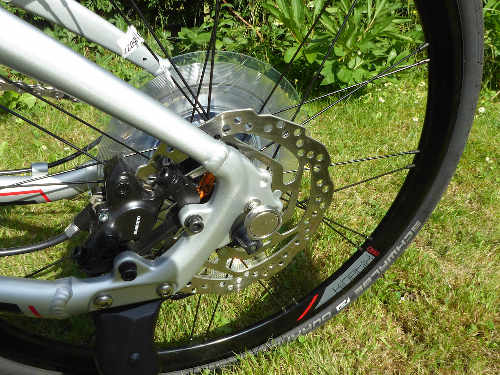 Extremely keen stopping power is provided by hydraulic disk brakes and they should prove pretty low maintenance. The Durano tyres also get good reports for durability from seasoned road riders for speed as well as maintenance, as detailed above. In other words this is about as low maintenance as a derailleur chain driven bike gets.

Is the £1300 price tag value for money? There really isn’t much else like it around in the world of folding bikes from other companies. Dahon’s UK offering is much restricted and based more on utilitarian machines with smaller wheels than the Verge. You would get a mudguard equipped, six speed Brompton folder for around the same price or cheaper. It would weigh about the same and fold smaller, but gears, braking and ride quality are all superior on the Tern. The Tern is responsive and climbs hills with ease and I would be very happy to go fully-laden road touring on one.

In other words £1300 certainly doesn’t seem unreasonable for a bike packed with original design features and a bike that folds quickly and speeds along like a road bike.

If you want a speedy bike that can be folded down securely very regularly, you might be better considering the BYB, but if you want a fast, comfortable riding experience with added bonus of a quick fold, the Verge P10 excels.