Richard Peace road-tested a set of Tannus solid puncture-proof tyres to see if they were as good as their name suggested. 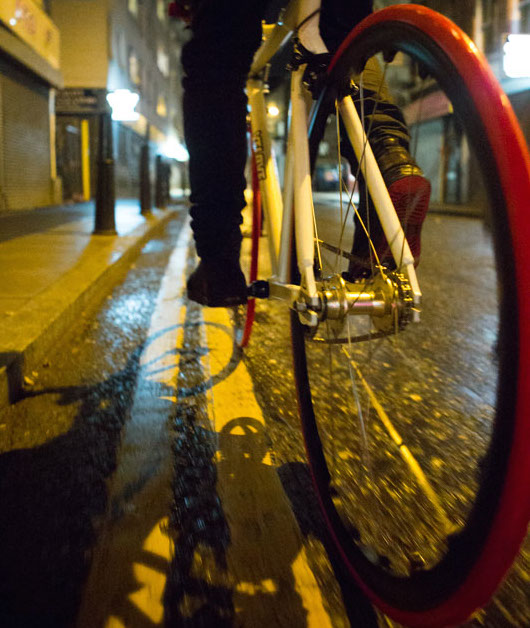 Tannus solid puncture-proof tyres
RRP £49.99 per tyre and £44.99 per Brompton tyre, from thesolidtyre.com

The blurb promises much, including tyres that are "featherlight" yet "they don't care about glass, metal objects, nails and anything else our world can throw at your bike". Yet having tested solid tyres from a different manufacturer a number of years ago, I really wasn't expecting too much, with difficulties mounting tyres, a harsh ride, large rolling resistance and even concerns about whether the tyres would stay on the rim.

What a revelation riding was; most amazingly I couldn't tell any increase in rolling resistance (some quasi­scientific tests have stated Tannus tyres have some 8% greater rolling resistance than 'standard' tyres. I would never be able to tell).

Where there was a noticeable difference to the Schwalbe Marathon Racer tyres the Tannus test models replaced was in 'buzz' from the road on textured tarmac and concrete. However I'm not really comparing like for like, as the Schwalbes are 40mm wide and the Tannus 28mm. 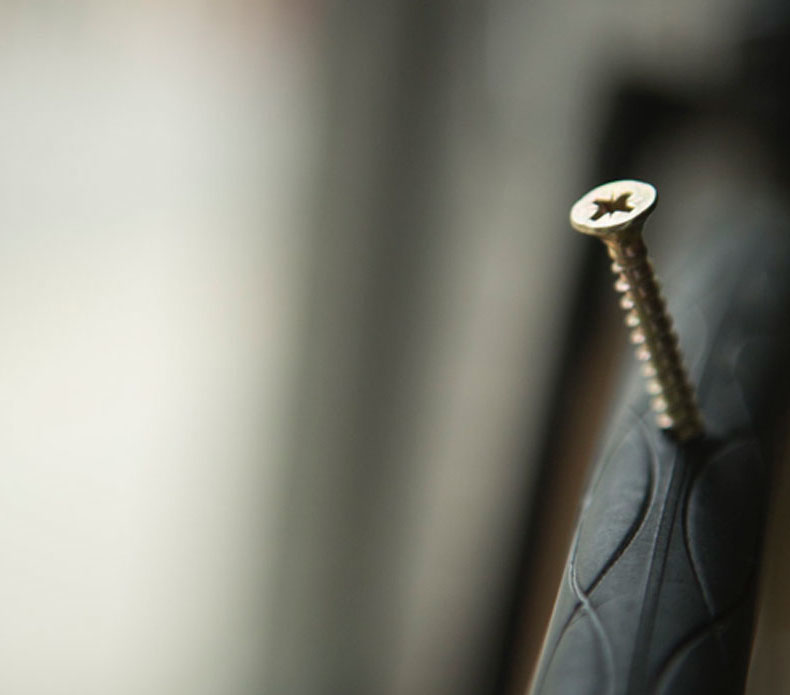 Fitting the Tannus tyres is most definitely not as easy as fitting regular tyres and initially I thought it a near impossibility.

However, initially I had the wrong size pins and then it turned out the wrong size tyre, even though I had measured the distance between the internal lips of the rim as required. So the moral definitely is get them fitted at an authorised fitter if possible (unfortunately confined to London at present).

If you are self­-fitting, pay very careful attention measurement table (step 7 on the fitting guide link below). I found measuring the 'Rim' width (taking off the existing tyre and measuring between the inside of the rim 'lips') was not a 100% accurate method; the correct rim width was in fact printed on the rim already (622­17 in my case). The complete fitting guide is here.

Once I got the right width fitting 'pins' and right width tyre, fitting was still a good hour's process and it definitely helped that I had had a demonstration from an expert fitter at the London Bike Show. Once the pins are pushed into the tyre and in position on the rim, the skill is in finding the right angle to press down hard, registering a little click when the pin is clipped under the rim lip.

So, once fitted, the tyres are said to be good for a few thousand miles. With them being potentially very difficult to remove (and needing a new set of pins as the old ones have to be cut off in removal), it would certainly make sense to fit them to the strongest set of wheels possible; replacing a spoke on the go could be an almost impossible task. 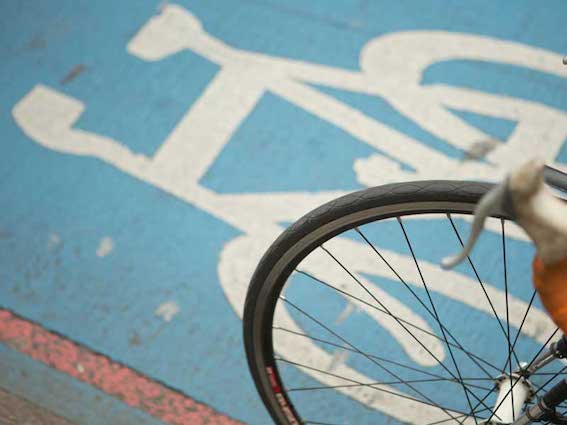 The latest version of this rubber compound (brand named Aither) is clearly somewhat of a breakthrough in solid tyres when compared to other previous and far cruder attempts. Relatively short commutes on glass strewn urban roads are clearly the tyre's forte. I would want to try extended riding on the wider versions to see how much more forgiving they felt and how my legs felt after doing say, 30 hilly miles.

That caveat aside, these tyres clearly have a place and look ideal for the short ­trip and hire market, and for electric bikes where the power assist can compensate for slower tyres to some degree. It would certainly be interesting to see scientific evidence on how they compare in terms of rolling resistance to slime tubes which also have an effect on speed.

They are around twice the price of good quality pneumatic equivalents, and fitting and on-the-spot removal are still particular concerns.

The width you are fitting the tyre to also restricts your choice of tyre (with pneumatics you will have a greater width choice). But, all in all, Tannus tyres are a remarkable technical achievement and riders with commutes strewn with particularly vicious debris may well want to give them a try.

Tannus solid puncture-proof tyres
RRP £49.99 per tyre and £44.99 per Brompton tyre, from thesolidtyre.com